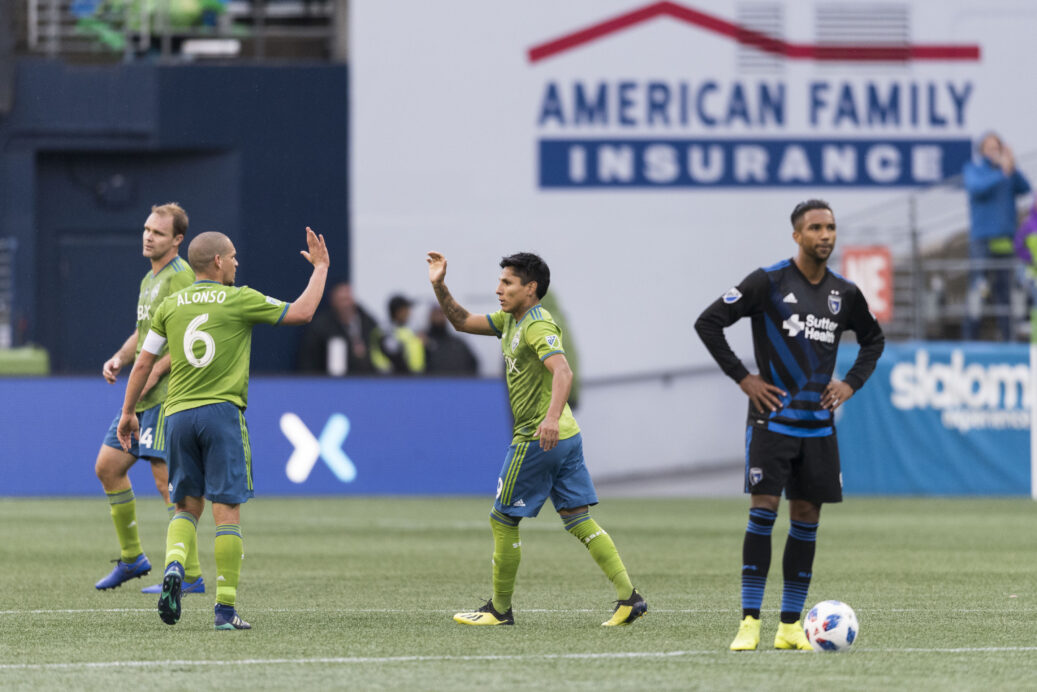 The team that finishes with the fewest points in Major League Soccer gets a wooden spoon.

Earthquakes defender Florian Jungwirth posted a video on social media where he took that spoon and burned it in an open flame, just one of the ways he, like some of his other teammates, moved on from 2018.

“Sorry my friend,” Jungwirth said to the spoon in the video. “It’s nothing personal, but you got to die now because you will never come back to San Jose anymore.”

Florian Jungwirth putting the wooden spoon where it belongs… pic.twitter.com/0fbQfzuZbV

San Jose’s 2018 campaign saw it become the doormat of MLS. The Earthquakes finished at the bottom of the MLS standings with 21 points, and their four wins marked the fewest in a season in the franchise’s history. The Earthquakes ended the year winning just one of their last 10 matches, finishing the season on an eight-match winless streak, seven of those losses.

First-year head coach Mikael Stahre never got the club on track and was fired with just six matches left in the season.

“We weren’t a team last year,” Jungwirth explained during the Earthquakes’ Media Day on Wednesday. “I mean, we tried, but there were too many problems we had and this is something we have to do better.”

If there’s one thing that can be said about the Earthquakes franchise it’s that they have a history of bouncing back – San Jose responded with a surprising playoff cameo and a 13-win campaign in 2017 after struggling to just eight wins in 2016, 13 wins in 2015 after just six in 2014, and a 19-win campaign and a Supporters’ Shield in 2012 after recording just eight wins in 2011. They also won their first of two MLS Cups in 2001 after finishing in last place in 2000.

“I don’t want to make any bold predictions or anything, but I’m excited that we’re kind of resetting the culture with Matias (Almeyda) and the staff,” midfielder Shea Salinas said. “Some of the things we’re focused on right now is being a family, being a close-knit group. We don’t think we had bad players by any means last year, we just couldn’t put it together.

“We didn’t work well together, we got frustrated, we frankly just kind of gave up on each other at points during games. So this year that’s a mentality we’re looking to change.”

If change starts from the top then San Jose made the best signing of the offseason, and maybe in club history, by bringing in CONCACAF Coach of the Year Matias Almeyda, formerly of Chivas Guadalajara and River Plate, a man that has a history of turning clubs and club cultures around for the better.

Although, his goal in San Jose isn’t all about changing the culture.

“I didn’t come here to change a culture,” Almeyda said through a translator. “I came here to adapt a culture and a style of football.”

Almeyda’s resume includes guiding River Plate back to Argentina’s top flight in 2012 after they were struggling in the second division, and he did the same with Club Atletico Banfield in 2014. In 2015, he guided Chivas out of relegation and financial trouble and, in his three years there, guided them to the 2017 Clausura MX title, two Copa MX titles, a Supercopa MX and the 2018 CONCACAF Champions League trophy.

He earned valuable experience against MLS teams, as his Chivas side defeated the Seattle Sounders, New York Red Bulls and Toronto FC on their way to lifting their first CCL cup since 1962 and earned them their first FIFA Club World Cup qualification.

“What we saw in Matias was a coach that brought success by creating a culture we strive to emulate,” Earthquakes general manager Jesse Fioranelli said back in November’s original announcement of Almeyda’s hiring. “He has always had a winning mentality, both as a player and as a coach, and most importantly, he is someone that knows how to redirect a team in a difficult situation with a commitment to a distinct style of play and youth development.”

Almeyda’s resume showcases great works of turning major clubs around, but he could make his tenure in San Jose his masterpiece. The Earthquakes have seen the playoffs just three times since returning to MLS in 2008, a far cry from the original iteration that went to the playoffs for five straight seasons from 2001-2005, winning a pair of MLS Cups.

“To a man, everyone is excited for the new culture, the new identity, the new mentality that all of us have, and just excited for the season,” captain Chris Wondolowski said. “I think that (the change of culture) is something that we’re trying to establish right now and get a hold of and lay down the groundworks as we speak. Slowly, but surely, (Almeyda) has been laying out the message and the foundation and honestly, I think to a man, everybody’s just been hanging on every word, he’s just captivating and he just owns the room.”

Almeyda may own the room, but it’ll be the players who will have to own everything on the pitch. As the club prepares for their two-week training camp in Cancun – part of the change in culture – Almeyda’s direction of team-first with no jobs guaranteed is already setting itself in place.

Since his arrival, San Jose has signed several South American players with some ties to Almeyda, most recently 34-year-old goalkeeper Daniel Vega, who was part of the River Plate team that Almeyda coached back to top-flight football and will compete with young goalkeeper JT Marcinowski for the starting job.

The Quakes also signed Argentinan forward Cristian Espinoza, who is competing with club MVP Danny Hoesen and Wondowloski for a spot in the attacking front.

“I’m doing everything I can to help us win,” he said. “(Last year) was completely abysmal and embarrassing in the win department, and that’s first and foremost right now.”

A new head coach who’s a proven winner on some of the sport’s biggest stages and a new, developing, winner’s mentality is a culture shock to a club that hasn’t seemed to find its way since returning to MLS 11 years ago.

“I’m excited to reset the culture,” Salinas added. “It’s been nice him coming in so far, treating us all like equals, and just giving us hope for the coming year.”