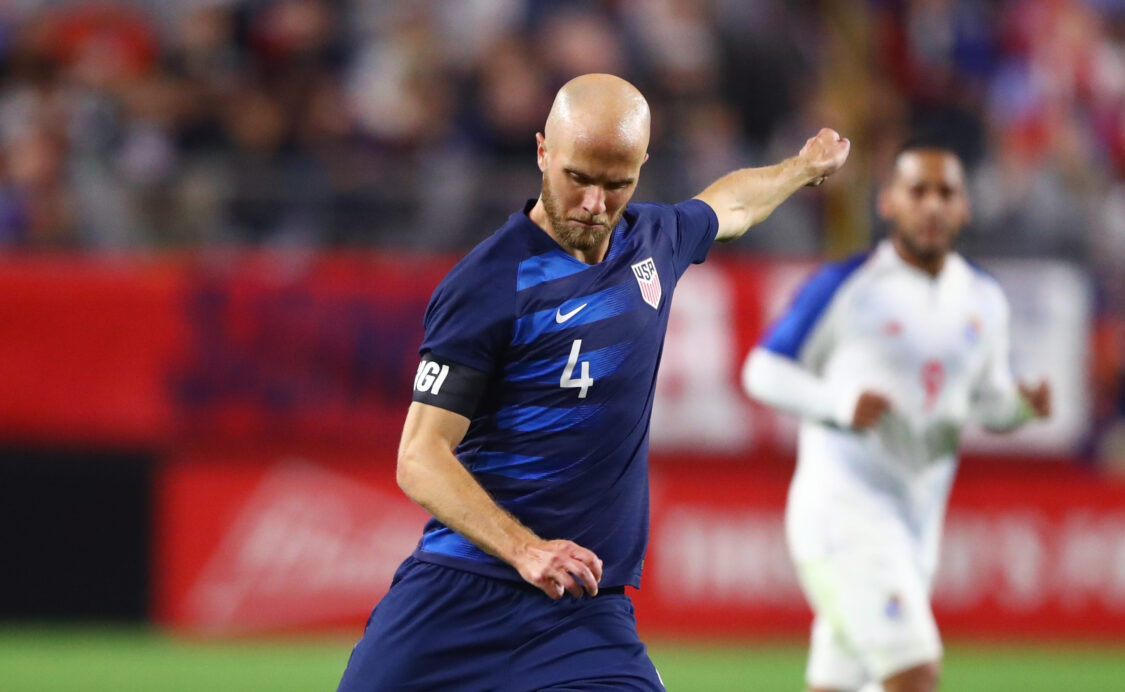 Michael Bradley, at this stage in his career, is like Andrea Pirlo at the end of his.

Seriously. Bradley right now is just like Pirlo, and that is not necessarily a compliment.

Rewatch the U.S. Men’s National Team’s 3-0 victory over that feeble side Panama trotted out (you will need ESPN+, of course) this past Sunday and you will notice all of the qualities that have made Bradley such a polarizing figure to American fans. Bradley turned in a solid shift on the night and was amongst the better performers because of his accurate passing, but his efforts on the defensive end, similarly to Pirlo during the latter years of his playing days, continued to leave plenty to be desired.

Let’s be clear about this: The Panamanians did not offer a whole lot in the attack. When they tried to get forward, however, Bradley often stood in place like a traffic cone and was not able to provide much in the way of resistance — aside from one play in the second half in which he made a lung-busting run back to stop a counter.

Instead, Bradley just gingerly moved from space to space in an attempt to block passing lanes and never showed much defensive bite. There were certain plays where challenging for the ball and getting stuck in was needed, but he either stood nearby and watched as other players put out fires or he chose to parry and contain the opponent without ever really trying to take the ball away.

Two plays in a matter of minutes in the first half come to mind. The first was in the 33rd minute when he failed to react to a headed pass directed at him by Jeremy Ebobisse and then jogged towards the loose ball instead of trying to win it back, resulting in a skied shot attempt from distance by Panama. The other came two minutes later when Bradley failed to compete for an aerial ball that was in the U.S. penalty area and his nearby vicinity, leaving Daniel Lovitz to take care of it unsuccessfully before Panama won it back, moved it around, and took a shot on frame that was saved.

While his restraint could be in part tactical, a sure reason for why Bradley may have played like that against Panama this past Sunday and in other matches for both the U.S. and his club, Toronto FC, in recent years is that Father Time has hit him early. Once a player characterized by his tenacity, range, and work rate, the 31-year-old Bradley now is seen as a cerebral player who influences the game with his experience and ability to dictate the tempo.

“I think the first thing to understand about Michael is that he’s a very smart soccer player,” said U.S. head coach Gregg Berhalter following Sunday’s victory. “You don’t get 143 caps unless you have real quality and I think that’s what’s undervalued in him. Getting to work with him up close and see training and see his kind of game intelligence and technical ability, it’s impressive. It really is.”

Now let’s give credit where it’s due. Bradley, when playing as a deep-lying midfielder tasked with both protecting the defense and serving as the link between the back and front lines, can distribute the ball well from deeper positions.

Bradley usually needs some space and time, but give him that and he can be very effective and can dictate the tempo of a match. He reminded us of that on Sunday, demonstrating vision, an ability to pass between the lines, and the quality of finding teammates quickly and accurately.

That is all well and good and plenty of teams across the world have deep-lying players whose fortes are not necessarily on the defensive side. The question that remains is if the U.S. can afford to play that way.

If they do and Bradley continues to be the No. 6, then the team will need the players around him to pick up much more of the slack, especially against equal or superior opposition, to make up for his defensive deficiencies.