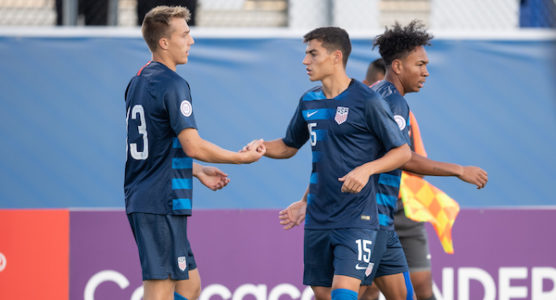 The 2019 Concacaf U-17 Championship is staying in Florida.

Concacaf announced on Friday that the upcoming tournament will take place in Bradenton, Fla. The first round will occur March 16-24 and April 1-9 while the Final Championship – group stage and knockout stage will take place May 1-16.

“We are very excited to announce the expansion and redesign of the 2019 Concacaf Under-17 Championship,” Concacaf General Secretary Philippe Moggio said. “This new format will fuel the growth of football in the region, by allowing all our members to compete at a higher level, while maximizing the opportunities for young players to gain valuable experience on and off the field.”

The new format guarantees that all participating teams will play several matches in a single location.

An official draw to sort the participating teams into groups for the qualifying stage and group stage will take place on Feb. 19th at Concacaf Headquarters.

The semifinalists of the competition will qualify for the 2019 FIFA U-17 World Cup in Peru later this year.

Mexico defeated the U.S. 5-4 in a penalty shootout in the 2017 edition of the Concacaf U-17 Championship, claiming their third straight title.