Chandler eager to get back into Frankfurt squad 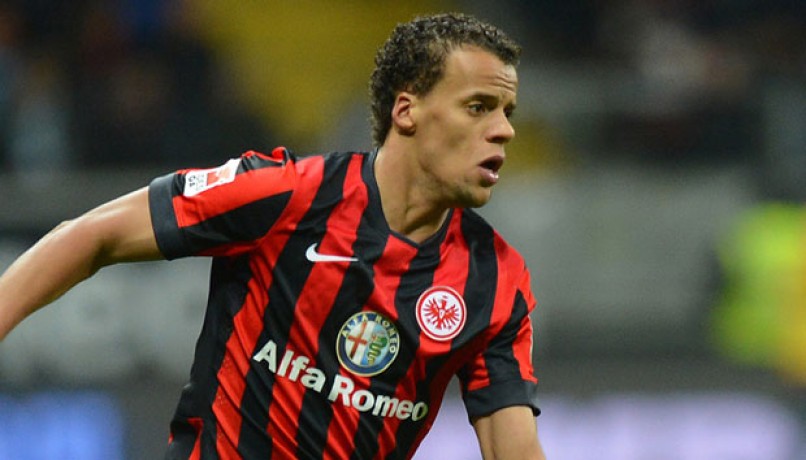 Timothy Chandler has had to wait a long time to get back on the field for Bundesliga side Eintracht Frankfurt.

After undergoing a successful knee surgery in August, Chandler is knocking on the door to jump back into Frankfurt’s squad as they kick off the second-half of their season. The 28-year-old U.S. Men’s National Team defender has returned to training over the last two weeks and has admitted he’s ready to get back into the fold.

“First of all, I’m pleased that I was able to train without pain with the rest of the team for the past two weeks,” Chandler said. “I’m making progress every day, but we’ll have to see about everything else. As soon as the coach feels I’m capable of playing, I’ll be there.”

Frankfurt are currently in fifth place in the Bundesliga, good enough for a European qualification spot for 2019-20. After a dismal way to go into the winter break, Adolf Hutter’s side are unbeaten in their last three matches including a recent 1-1 draw against leaders Borussia Dortmund.

Chandler has also been included in Frankfurt’s squad for their upcoming two-legged tie against Shakhtar Donetsk in the Europa League Round of 32 despite not appearing yet this season. The Bundesliga side cruised out of the group stage with a perfect 6-0-0 record, which saw a pair of wins apiece against Serie A outfit Lazio and Ligue 1 representatives Marseille.

Should Chandler make a promising season debut ahead of next week’s first leg, he very well could play a major role in Frankfurt’s remaining 14 league matches this season.

“I don’t know whether I’ll be included for our trip to Ukraine [to face FC Shakhtar Donetsk], but I’m obviously pleased to have been registered after such a long time on the sidelines,” Chandler said. “I’ll try and put myself in contention in every training session. We’ll see whether it’s enough for me to make an appearance.”

“Against Dortmund we showed what we’re capable of again. All our games are very tight affairs,” Chandler said. “We want to keep playing the way we are and keep picking up points. We were able to do so for the most part against Dortmund – even if you ignore the result, we put in a good performance. I’ve rarely seen such a good game of football, with both teams wanting to win. I expect our game in Leipzig will be just as frantic. We want to win the game if we can and we’re looking forward to it. We’ll see at the end of the season where our points tally gets us.”

Chandler has not yet been guaranteed a place in Hutter’s 18-man squad for Saturday’s showdown with RB Leipzig.