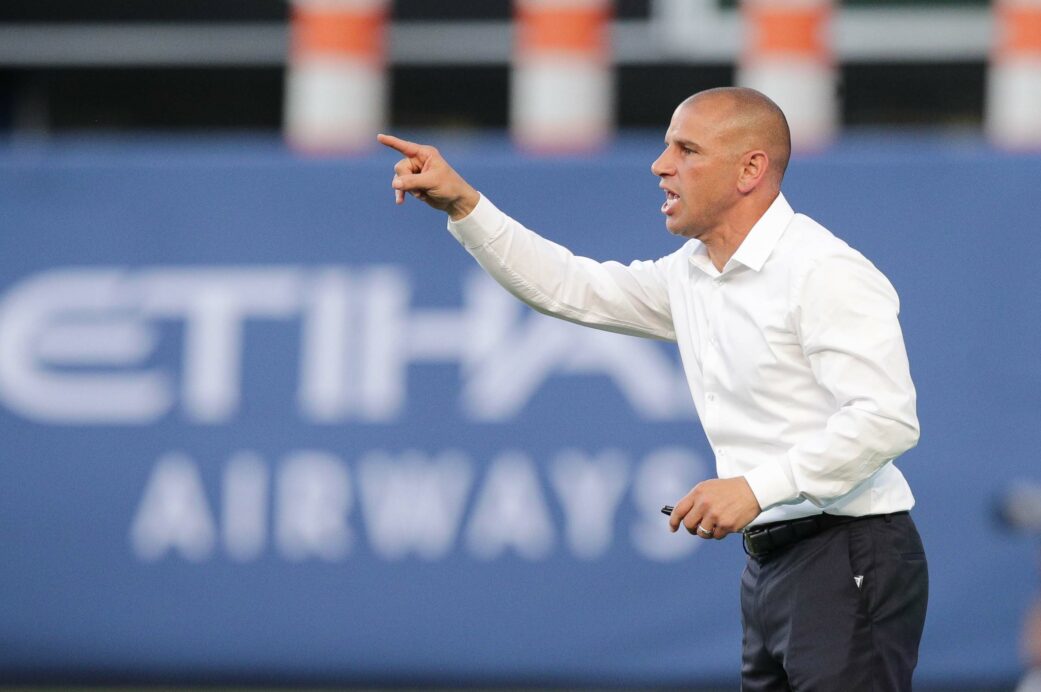 Expect the New York Red Bulls of 2019 to look very similar to that of last year.

Chris Armas is in the midst of running his first preseason with the Red Bulls after having been named the club’s head coach halfway through the 2018 campaign. As such, this is the first prolonged stretch that Armas has had to really work on his preferred style without having to think about or gameplan for an upcoming match.

He is taking advantage of the opportunity, too. Where as some other coaches may have opted to leave things as is given that the Red Bulls enjoyed a record regular season last year, Armas is implementing new tactical wrinkles for his team without taking away its trademark high-pressing ways.

“We’ve introduced some different ideas but for the most part we’ve been trying to get better and cleaner and faster at what we do and how we do things,” said Armas last week. “The general principles of how we play haven’t changed, but (now it’s about) my ability and my trying to put a stamp on things when we don’t have the ball and then, of course, when we have the ball.

“The idea of playing fast and playing vertical and committing numbers up the field and winning the ball back quickly because we compress spaces, that largely has stayed the same. I think we will get different guys back from injury now and some different guys into the team and all of a sudden, maybe with a few nuances and then with some new players out there, it looks largely the same yet with a twist.”

Armas’ tactics were a particularly hot topic during and after the Red Bulls’ Eastern Conference Finals defeat to eventual champion Atlanta United last season. The Red Bulls lost the first leg of that series on the road, 3-0, and the result and overall performance in that decisive match at Mercedes-Benz Stadium sparked plenty of criticism for the gameplan that Armas drew up.

Armas insisted in the immediate aftermath of the lopsided loss that the tactics were not to blame and that he did not strategize for the Red Bulls to deviate away from what had worked for them all year. It was made clear during the end-of-season availability, however, that there was at least a breakdown in communication from coaches to players in what the actual strategy for the match was when that several players said they felt the Red Bulls did not stay true to themselves by taking a different approach in Atlanta.

The second-year head coach seemed to acknowledge that last week, saying he would not alter his tactics if he could go back and play the game again but that he would change the way in which he delivered the gameplan.

“Knowing that they were going to play direct and bypass our pressure, the logical idea of just being more compact and not get spread out with guys like (Miguel) Almiron and (Josef) Martinez on the field made sense to us,” said Armas. “What I would say, the takeaway for us is no matter what we do, if we’re pressing all out over in a deeper block, let’s just remain aggressive. I think we lost our way that way

“If I could do it over again, that would have been the message I would have pushed hardest: that as we stay compact and understand what they’re going to try to do, that let’s just make sure we’re aggressive, meaning in the middle third let’s keep running at the ball being aggressive. That means that we’re being us, Red Bull. That’s the only thing that when you when you think back at it that I think we could have been as a coaching staff and as the head coach that I would have been pushing.”