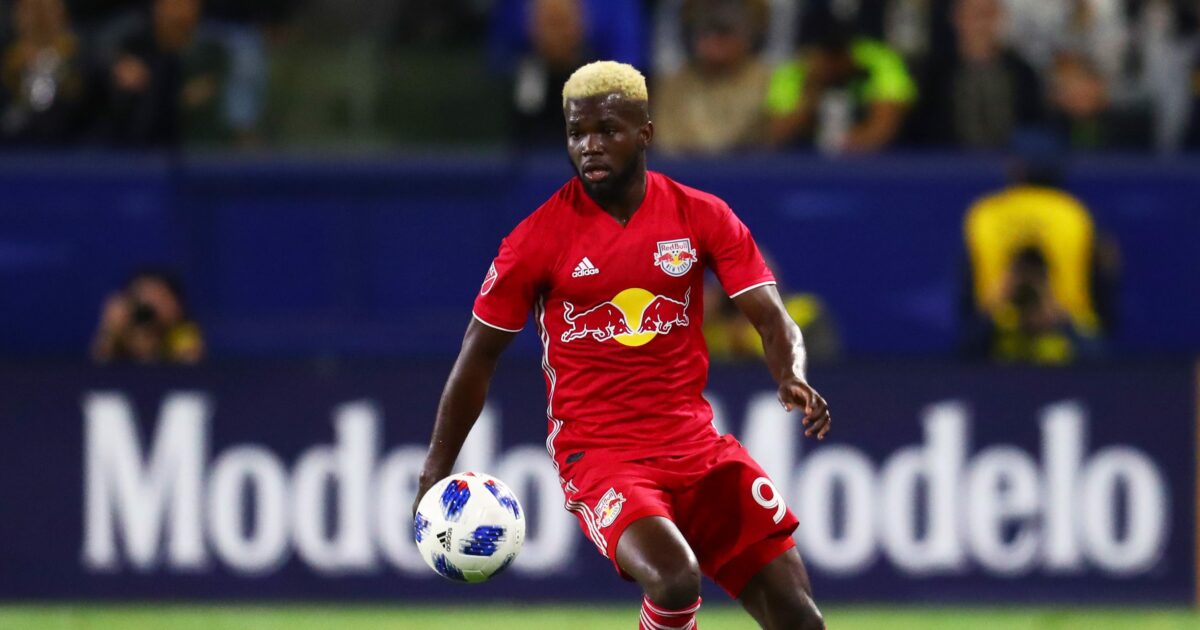 HARRISON, N.J. — Fully recovered from the knee injury that robbed him of the chance to compete in the Eastern Conference Final, Kemar Lawrence is looking forward to getting back on the field on a consistent basis.

He is also looking forward to facing off again with Atlanta United.

The 2018 season ended a sour note for Lawrence, as a knee injury suffered in training just days before his New York Red Bulls met with Atlanta United in the conference finals forced him to the sidelines. The Red Bulls lost that series without him while Atlanta United went on to win MLS Cup. A disappointed Lawrence was only left to rue what if as he headed into the offseason with an ailing knee.

The Jamaican left back is now at full health, though, and one of the things he is most eager about with regards to the upcoming campaign is going up against the reigning MLS champion.

Lawrence, who was an MLS Best XI selection last year, will have to wait a bit before he can get that chance. The Red Bulls’ first meeting with Atlanta United this season is not until May 19, and their only other regular-season showdown is on July 7.

In any case, the 26-year-old defender will probably need some time to regain the sharpness and match fitness that he lost via his serious injury and the ensuing offseason.

“It was pretty bad,” said Lawrence, who revealed to SBI he suffered a grade two MCL tear that was almost a grade three. “At first we wasn’t really sure because I was walking fine, but it just didn’t feel stable. After getting the MRI over the couple of days we really saw what it was and then we were like, ‘Oh, s—, I really won’t be able to play for a couple of months.'”

Lawrence’s reaction upon learning his fate last fall was one of devastation and disappointment. A 2018 season that had been historic for the Red Bulls (they finished with the best regular-season record in league history) and that had so much promise ended in cruel fashion for him.

Just as he and the club were about to compete for a place in the MLS Cup Final, too.

“Heartbreaking. Really heartbreaking,” said Lawrence. “When you get to that point, you just want to be on the field with your team — your team that’s the best team in the league and you’re going up against probably the second-best team at the time. As a player, you played against these people two times already so I knew basically every trick their winger was about to come with.

“I was ready for that. I was ready to help lead my team to victory, and to not be out there was saddening.”

With his knee no longer buckling while he walks or runs, Lawrence has set his sights on getting back into the Red Bulls’ starting lineup. He officially returned to action for the club last Wednesday, but did so in a reserve role by coming off the bench in a 2-0 road victory over Atletico Pantoja in the Concacaf Champions League.

It is unclear whether Lawrence will be eligible to start in this week’s return leg at Red Bull Arena or the MLS season opener against the Columbus Crew over the weekend. Nonetheless, he believes he will soon be ready.

“I’m feeling pretty good,” said Lawrence. “I’ve been trying to push it since offseason. Trying to do a lot of running on the sand, trying to go into the sea water a lot because it’s kind of a healing thing back home. I did a lot of stuff, but just coming back, being on the field with the guys, and just playing again really felt good.

“I didn’t really think about it too much. I just told myself I’m just going to try to run to push it and see how I feel. I felt pretty good.”