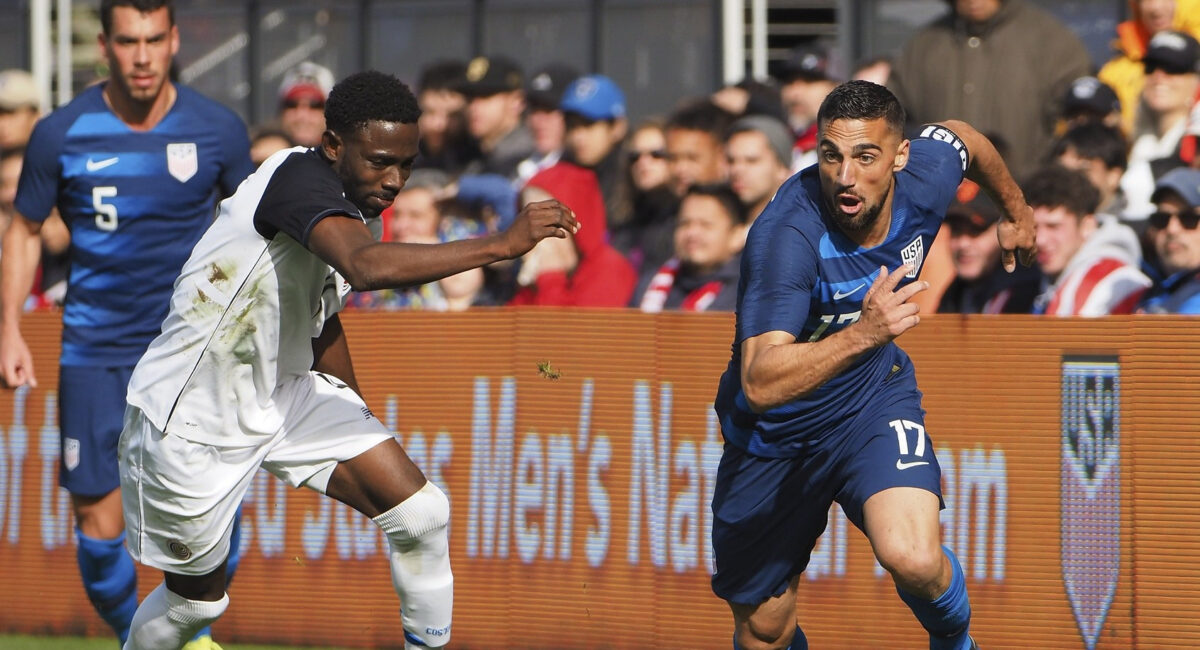 For Sebastian Lletget, Saturday’s match against Costa Rica may have been just a friendly, but it was daunting one at that. Not because of the opponents on the other side of the field, but because of the past events he endured at Avaya Stadium.

After a 27-minute cameo off the bench and a goal and assist later, Lletget can now think bright thoughts whenever he graces the field in San Jose. The 26-year-old exorcised his demons with his second career USMNT goal for the U.S. Men’s National Team in their 2-0 friendly win over Los Ticos.

“It’s just a sense of relief, I’m a little overwhelmed at the moment,” Lletget said. “I’m not going to lie, I was [crying], people don’t realize what it is for an athlete when you get injured like that. And then just in this particular stadium I got the goosebumps even training yesterday morning with the team.”

“I had to overcome an injury that put me out for a long time, and getting back to where I am is definitely overwhelming, very emotional, but moving forward I just can’t wait to keep going.”

Almost two years after suffering a serious foot injury with the USMNT, Lletget showed a short memory in his first National Team appearance at Avaya Stadium. His 80th minute header off a beautifully-placed cross by Jonathan Lewis broke the deadlock in a match which looked like it would end scoreless.

Lletget was able to celebrate with his teammates before setting up Paul Arriola for the USMNT’s insurance goal eight minutes later. It was an impressive performance by the LA Galaxy midfielder who is aiming to be a part of Gregg Berhalter’s future plans. Despite the presumed arrival of several European-based players in March’s camp, Lletget is up for the challenge.

“I think for a lot of guys our job is to learn and he’s teaching a style of play that’s not going to come easy to a lot of guys,” Lletget said. “Many of us have never been coached like this, to so much detail, but we appreciate it, especially me. I learned a lot. That’s something I told him after the game, that I learned so much in this camp, and I’ll continue to learn and study the way he wants to play this game and I’m definitely up for it.”

“Moving forward I want to be part of this team and I know what I can do on the field,” Lletget said. “It just took me so long to really get there and be fit. I’m glad I really feel at 100% finally.”

The road ahead for Lletget and many players in this past January’s camp will be a challenging one, especially with MLS ready to kick off in a month’s time. However, after producing a game-changing performance in the USMNT’s second consecutive win, Lletget’s role in the future could increase even slighter.

With Christian Pulisic, Josh Sargent, Tyler Adams, and several other regular expected to return to the fold, Lletget may have to settle for a spot off the bench. But just like he did on Saturday, Lletget has shown he can provide a spark and has given Berhalter another option to consider in the near future.

“From the last time I was here, it’s always going to be different when I step in this building,” Lletget said. “I’m just glad I have another good memory to overcome everything that happened in the past.”

“I couldn’t have written it any better, but this is only the start for me. It’s going to be a great era,” Lletget said. “I have a brand new memory of this place, and every time I come to this place from now on, it’ll be much brighter and much more positive.”