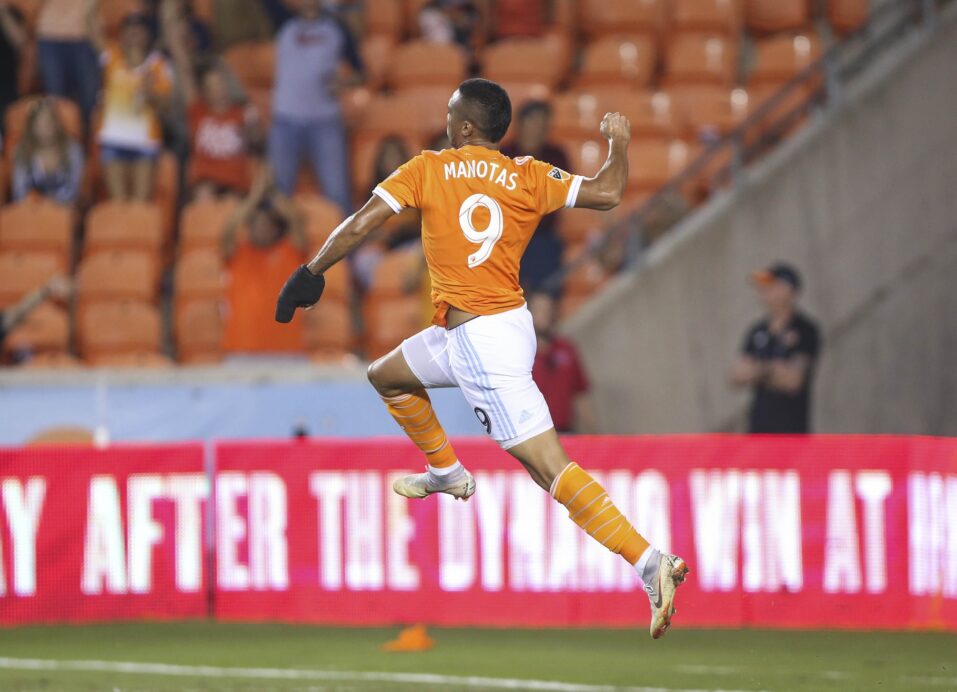 Mauro Manotas scored two goals eight minutes apart to power the Houston Dynamo past Guastatoya 2-1 on Tuesday night in the Concacaf Champions League round of 16.

The 19-goal scorer from a year ago found the back of the net in the 77th and 85th minutes to book a quarterfinal showdown with Tigres.

Manotas’ first goal came off a counter led by Alberth Elis, and it occurred at the perfect time, as the Dynamo conceded five minutes earlier.

After Manotas opened his continental account off Elis’ assist, he fired a free kick off a Guastatoya defender and into the net to secure a 3-1 victory on aggregate.

Aaron Navarro struck some panic into the crowd at BBVA Compass Stadium in the 72nd minute, as he slid a shot past Joe Willis to level the round-of-16 series on aggregate with an away goal on each side.

Before Navarro’s goal, the Dynamo defended well against the Guatemalan side, who they shut out a week ago in Guatemala City.

Manotas’ tallies saved the Dynamo from an excruciating final 10 minutes on home soil, and it handed them a boost going into their MLS season opener on Saturday against Real Salt Lake.

Houston opens its quarterfinal series with Tigres, who used an Enner Valencia hat trick to blow past Saprissa on Tuesday night, next week.