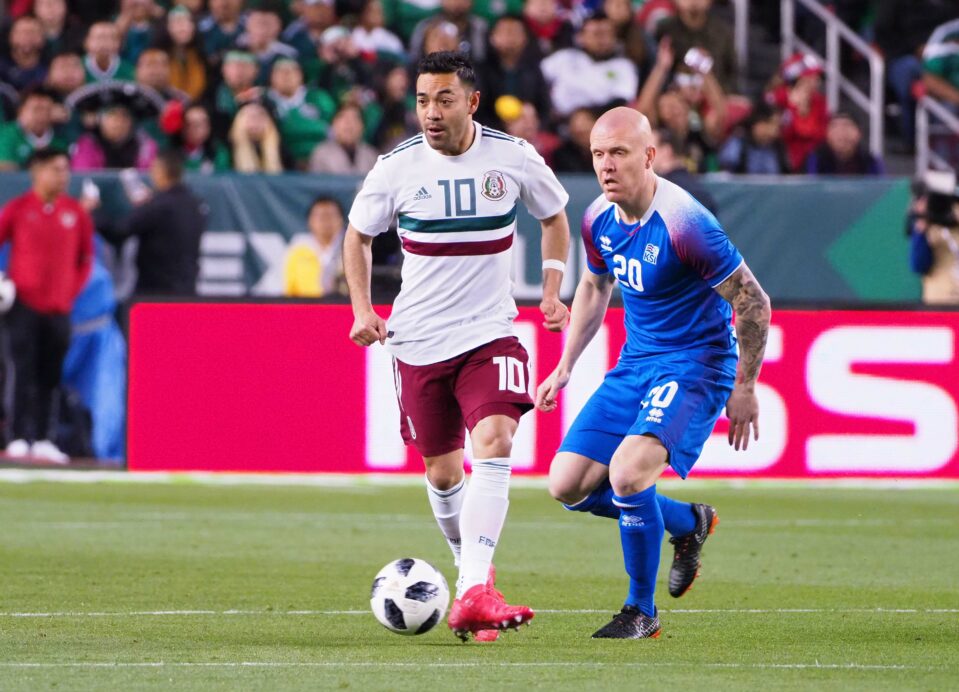 A proven No. 10 loaded with international experience, marketing appeal, and requiring no transfer fee. You certainly could not blame the notoriously-frugal Philadelphia Union for feeling like they had struck gold.

Still, the arrival of their new prized acquisition did not come without concerns.

The Union made what is widely being considered the biggest signing of their history on Friday, landing Mexican international Marco Fabian on a free transfer. The move for the talented attacking midfielder filled the team’s biggest need and did so with a player of impressive pedigree, but it also meant the Union added someone that has seen the field just eight times during the past year-and-a-half in part because of a debilitating and lingering back injury that at one point left him unable to stand.

Naturally, some observers are skeptical about Fabian’s ability to stay healthy, but nothing the Union saw in their courtship was enough to stop them from offering him a deal that will make him the highest-paid player in club history.

“Not at all,” said Union sporting director Ernst Tanner when asked if there were concerns about Fabian’s health. “The medical check is really careful and all the information we got about his injury history before is cleared and there was not much except that vertebra surgery he had and that is gone, that is more or less fully recovered. We do not expect any problems.”

Union head coach Jim Curtin also doubled down on that stance on Friday afternoon, even going as far as saying that the niggling health problems were not the reason for the 29-year-old Fabian’s failed move from Eintracht Frankfurt to Fenerbahce last summer.

“We’ve learned about the back injury and what happened with Fenerbahce and different things. Some of that stuff was false,” said Curtin. “The player is healthy. Obviously we have a very good medical staff ourselves and the people at Frankfurt do a great job, so a lot of things were maybe overblown in that regard.

“…We’re excited to get started and the injury stuff is nothing that we’re worried about.”

If Fabian is able to live up to the Union’s expectations and stay on the field in 2019, the Eastern Conference side should not miss attacking midfielder Borek Dockal, who had a hand in 23 goals last season, that much if at all.

Fabian is not only capable of creating chances for both himself and his teammates, but he brings with him a wealth of experience after having played in two World Cups and for big clubs like Chivas Guadalajara, Cruz Azul, and Eintracht Frankfurt.

“(Having him) makes everybody better, it makes everyone’s job easier, and we’re going to demand a lot from Marco,” said Curtin. “He’s a guy that’s embraced taking that leadership role, taking, for lack of a better term, to be the big-time player. When maybe on the night where we’re not our best, he’s actually the one that scores the goal or makes a difference in a game that’s 0-0.

“He’s a playmaker. No question about it, his talent speaks for itself. His resume is top, so we’re excited to have him on board.”

Fabian should also bring more than just difference-making ability to the field. As a well-known Mexican player, Fabian has the type of marketing ability that could help boost attendance and grow the Union’s fan base. The club did not sign him with the idea of trying to sell more tickets, but knows it is a plus to have a recognizable name on the roster that plenty of fans can relate to and get excited about.

“It does appeal to our city,” said Curtin. “There’s obviously a large hispanic community in the Philadelphia area that maybe wasn’t tuned in to the Union, that may be more fans of Club America, Chivas, lot of Cruz Azul fans I’ve learned. But now this gives us somebody that they can maybe look to and say, ‘You know what? I’m going to go down to Chester and I’m going to watch and cheer for this team because there’s a special player that’s kind of one of our own.'”

Fabian could be a staple in Philadelphia for years to come, too. His deal with the Union is for one season but comes with two club options, meaning he could be calling Talen Energy Stadium his home through the 2021 campaign.

First things first, however, and his initial order of business will be to stay healthy enough to make the type of impact that the Union are expecting of him.

“This is an elite player,” said Curtin. “You’re adding a top international to a team that won 19 games last year. I think it’s the most ambitious signing we’ve had.”