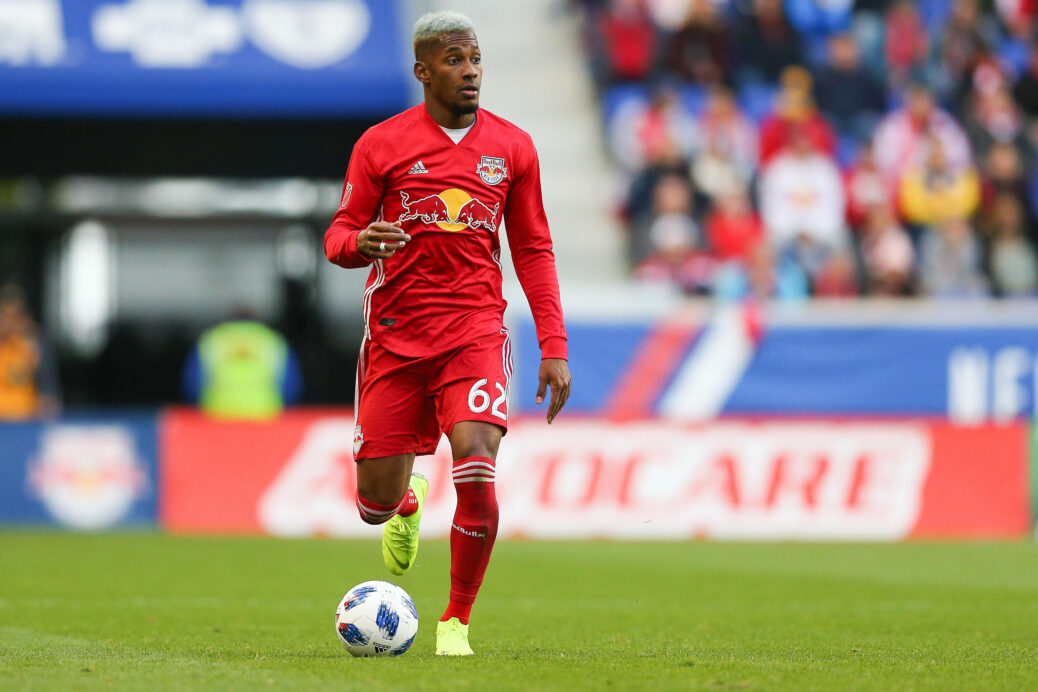 HARRISON, N.J. — Chris Armas went into the locker room at halftime with the idea of substituting Michael Amir Murillo in order to prevent the right back from getting a costly yellow card. Murillo insisted on staying in, however, and asked his head coach to have faith in him.

Armas obliged but Murillo failed to make good on that promise.

The New York Red Bulls won the home leg and their Concacaf Champions League series against Atletico Pantoja on Wednesday night, but needlessly lost Murillo in the process. The Panamanian was issued an unnecessary yellow card in the second half of the match, and that combined with the caution he received a week ago means he will have to sit out the first leg of the quarterfinals tie vs. Liga MX side Santos Laguna because of accumulation.

While the foul was questionable, Murillo’s booking certainly put a damper on what was an otherwise solid night for the Red Bulls and their fans. It also raised the question as to why exactly Armas left the 23-year-old defender in for so long given that Murillo was the lone Red Bulls player sitting on a yellow.

It could certainly be argued that Murillo should not have played at all given the circumstances and low level of the opponent, but Armas was keen on going with as close to a first-choice lineup as possible. The second-year manager also wanted to get Murillo off the field during the intermission but was convinced otherwise.

“Chris had spoken to me at halftime,” said Murillo, who had been warned of dangerous play in the first half by head referee and fellow Panamanian John Pitti. “I told him, ‘No,’ and that I could keep playing and to confide in me.”

All it took was four minutes into the second stanza for the decision to leave Murillo on to prove a naive one. Murillo was whistled, albeit dubiously, for a foul on Ronaldo Vasquez near the sideline, and Pitti quickly went to his pocket.

Murillo instantly knew what it meant, that he would miss next week’s showdown with Santos, and his anger lingered. He furiously threw an item against a wall after being subbed off in the 59th minute, and stated after the victory that he was still upset because he thought he had won the ball cleanly.

He was so convinced of that, in fact, that he said he would still go into the tackle if he could do it all over again.

“It’s really frustrating because we talked all week about being careful with yellows, especially Amir,” said midfielder Sean Davis. “Even on that play, you look at it from afar and you’re not sure that that warrants a yellow. But you have to be careful and I think he had to learn his lesson the hard way.”

So too did Armas, whose risk has left him without a proven international right fullback for next Tuesday’s clash with a talented Mexican opponent that represents a step up in competition. It is a home game for the MLS team, too, so having Murillo in there to try and prevent any away goals would have been ideal.

The Red Bulls may have won on Wednesday, but they also suffered a loss.

“We tried to prepare our players, not just Amir but other guys, to not pick up any yellow cards needlessly,” said Armas. “Sometimes it doesn’t take much to get one and that might have been the case there. It’s a reminder for other players moving forward if we keep going on in this tournament.