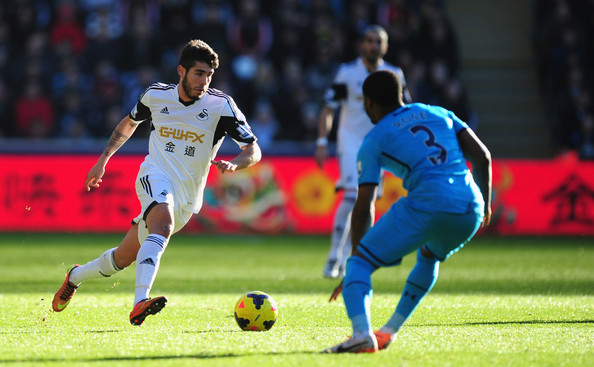 Toronto FC is facing a few road blocks in order to get its latest Designated Player target to the club.

On Tuesday, TFC’s target Alejandro Pozuelo claimed the buyout clause in his contract at Genk was met, but that the club is refusing to let him go, according to a report in Belgium.

Pozuelo’s buyout clause is €8 million and he claims that a team, presumably TFC, has met it as he looks to move on from the Belgian club.

Toronto’s interest in the 28-year-old midfielder emerged last week in a report.

However, the potential replacement for Sebastian Giovinco is attempting to leave Genk at an important time, while the Reds are trying to bring him in for a crucial start to their 2019 campaign.

Genk begins its UEFA Europa League knockout-round campaign against Slavia Prague on Thursday in the first leg of a two-legged series that takes place over the next two weeks.

TFC isn’t in dire straits, as it has Jozy Altidore, Terrence Boyd, Michael Bradley and Jonathan Osorio in the fold, but it would love to have a player of Pozuelo’s quality for the further stages of the Concacaf Champions League.

The Reds open their continental slate on February 19 against Panamanian side Independiente, and if they win in the Round of 16, they’ll face a tougher task against the winner of the Sporting Kansas City-Toluca series, which is when they would love to have Pozuelo in camp to prepare for.