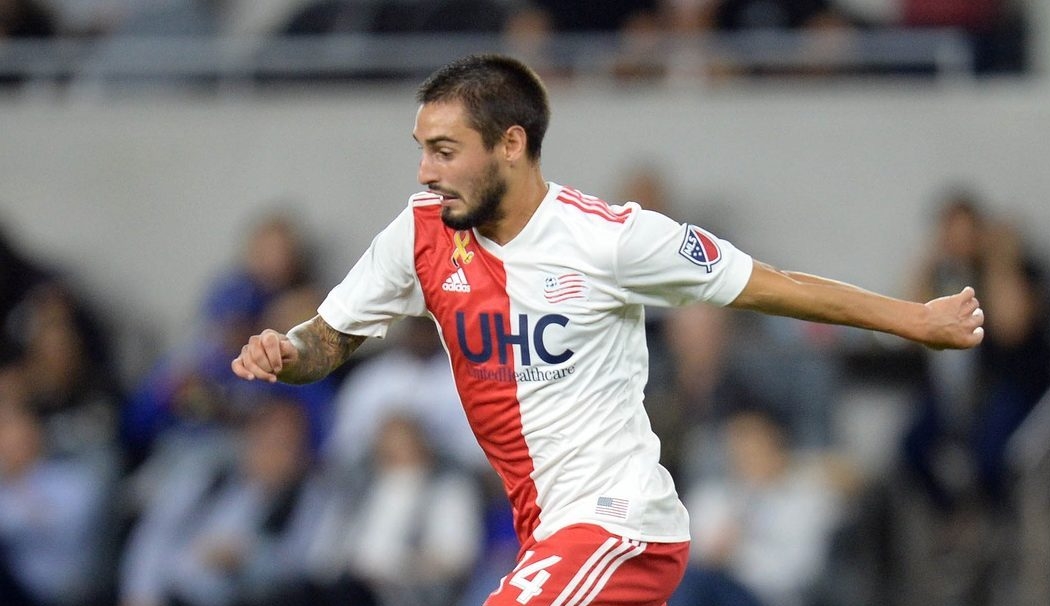 Through the first half of 2018, the culture change brought on by first-year coach Brad Friedel seemed like just the tonic for a New England Revolution side that had missed the playoffs in back-to-back years.

With nearly two decades of experience in the English Premier League, Friedel brought the credibility to get the players and fans to buy into his vision. At first, his high-pressing system looked like an exciting breath of fresh air for a stale franchise and they sat above .500 at the midway point of the season.

However, as opposing coaches figured out how to stymy the Friedel’s tactics, the coaching wasn’t able to make the proper adjustments and the season cratered with the Revs going 3-9-5 in the second half.

Year two under Friedel will be a crucial one for both the coach and the team, as he has been given the license to continue building the team in his image. He now has two Designated Players – new acquisition Carles Gil and center back Michael Mancienne – who he’s familiar with from the time in England, and has jettisoned two talented central midfielders who didn’t fit his system in Lee Nguyen and Kelyn Rowe.

Although the Revolution have one of the lowest payrolls in MLS, they have also been a historically successful club and have never missed the playoffs more than three years in a row. Would a fourth consecutive losing season be the straw that breaks the camel’s back?

The Revs’ run to the 2014 MLS Cup final is starting to feel like a millennium ago. 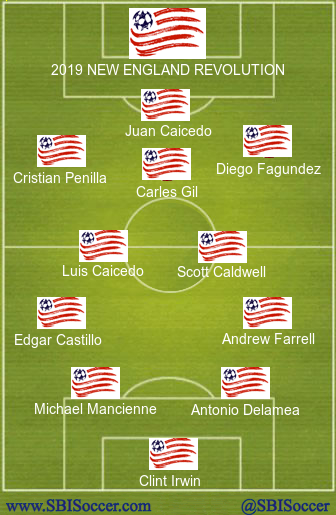 The Revolution’s most important newcomer depends on the eye of the beholder.

New Designated Player Carles Gil could very well make the largest contribution. A 26-year-old attacking player with experience in the English Premier League and La Liga, Gil is a reasonably good fit for Friedel’s system. Meanwhile, Juan Fernando Caicedo has proven himself an effective forward across 200 appearances in the Colombian top division and could well be the Revs’ starting No. 9.

However, the Revolution’s strength again this season, as it has been the past several years, is their depth on offense. Even if Gil and Caicedo fail to impress, the Revs should still be able to find goals.

The 32-year-old Castillo was one of the better left backs in MLS in 2018, and even if he regresses, he will still be a massive upgrade over the turnstile the Revs employed at that position last year. New England started six players at left back in 2018, eventually (again) turning to Rowe as an emergency solution. The Revs’ left back situation was one of the biggest weaknesses of any team in MLS and impacted their midfield and center backs. Castillo’s presence should have a positive ripple effect across the formation.

Pressure Is On: Juan Agudelo

This is a make-or-break season for Agudelo, who is still just 26, but is starting to lose some of the luster of a once-promising career that saw him break into the U.S. Men’s National Team at 17 years old.

After scoring at least seven goals in each of his first four seasons with the Revolution, Agudelo netted only three times in 2018 as he lost out on the starting forward job to Teal Bunbury. Agudelo made only 13 starts in 30 appearances and was mostly employed out on the right wing.

Agudelo once looked like he had the potential to be a USMNT regular who would go on to play his prime years in Europe. Partially due to a string of minor injuries throughout his career, Agudelo has never really hit his stride and still hasn’t had a double-digit scoring season in eight years playing in MLS.

He may be the Revs most skilled attacker, and has the potential to put them over the top and into the playoffs, but Agudelo could also just as easily end up being a highly-paid substitute.

Although New England has added three potential starters and the roster looks improved over 2018, it’s not clear whether the Revs are doing any better than just keeping pace with the rest of MLS. If that’s the case, it could be another season of jockeying for one of the final Eastern Conference playoff spots.

One of the keys will be whether Friedel can keep the team morale up. The Revs were a spirited group at the start of last season, but finished the year dejected. Which team will show up in 2019?

The Revs have an embarrassment of riches on the offensive end, but it’s not clear yet how they all fit together. Last year’s breakout star Cristian Penilla plays best on the left side, while Gil could take over the No. 10 role from Diego Fagundez or play out wide. If he’s not playing centrally, like Penilla, Fagundez is also better on the left wing than on the right, leaving Friedel with a tough decision to make.

There will be plenty of competition for the starting forward spot between Caicedo, Teal Bunbury and Agudelo. Bunbury faded in the second half last season and is probably best utilized as a high-energy substitute, while Agudelo might swing back and forth between the No. 9 role and the right wing.

One problem for the Revolution is that central midfield duo – likely some combination of Luis Caicedo, Scott Caldwell and Wilfried Zahibo – don’t boss the field enough to fill all the gaps that result from the Revs’ constant pressing. The wild card could be 19-year-old midfielder Isaac Angking, the most talent of the Revolution’s recent Homegrown signings, along with attackers Justin Rennicks and Nicolas Firmino.

The back line should be improved, but they also play such a high line that good defenders end up looking average or worse. Acquired last August, Mancienne couldn’t prevent last year’s late-season tailspin, but should be improved with more time to adjust to MLS and living stateside. Antonio Delamea and Jalil Anibaba will duke it out for the other starting center back spot, but the Revolution are otherwise thin on the back line and will have to keep their fingers crossed that depth isn’t a problem.

One of the feel-good stories of last year, goalkeeper Matt Turner, was up-and-down after his hot start. The Revolution are vulnerable to counterattacks and often leave their keeper on an island, so it will be essential for Turner to be confident and in good form to prevent games from getting out of hand.

Despite playing an aggressive style, Friedel’s 2018 Revs were actually one of the least-productive offenses in the league and scored fewer goals than Jay Heaps’ more possession-oriented group in 2017.

It appears pressing will again be the strategy in 2019, but the personnel might be a better fit. Still, the Revs tactic will need to evolve and become more nuanced to avoid the same fate as last year.