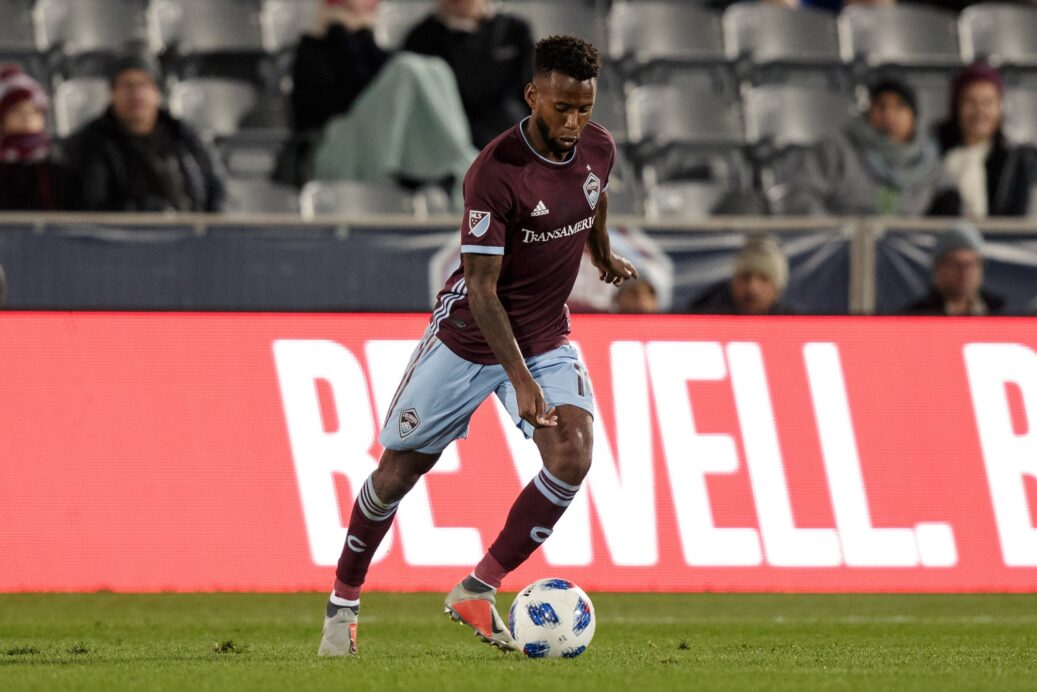 The Colorado Rapids failed to do much positive in 2018 but several additions this offseason should have the Western Conference club looking much different this season.

Anthony Hudson’s bunch finished second from bottom in the West a year ago struggling for consistency and leadership. Despite several international signings a year ago, the club only earned eight wins and was never able to put together a lengthy winning streak.

Now with some solid acquisitions, Colorado is hoping to take themselves to new heights in 2019. The Western Conference will remain a dogfight but the early impressions from camp has Hudson positive for the beginning of the regular season.

“This preseason has been really good for me,” Hudson said. “There was some areas we all felt we needed to improve in the team. Last season we were in desperate need of strong characters in the locker rom. I’ve really enjoyed seeing some of the personalities we have not being very vocal, asking questions that weren’t getting asked last year, helping others, instructing others – all things that have been taken to a higher level than last year.”

Colorado finished dead last in MLS with 36 goals scored but the arrivals of Diego Rubio and Kei Kamara gives Hudson a pair of experienced forwards to insert into the starting XI. Kamara is known for his presence in the air while Rubio can provide skill and energy on the ball.

“We just need to find the right way to get the best out of both of them,” Hudson said. “Everyone in the country knows Kei needs crosses and Diego’s a different type of player, but both suit how we want to play. Time will tell, but we’re confident they’ll be able to play together.”

In midfield, Benny Feilhaber and Nicolas Mezquida come into the fold to join the energetic Kellyn Acosta. Feilhaber brings years of MLS experience to the midfield which is searching for both leaders and playmakers. Mezquida adds skill and should see plenty more playing time under Hudson then his last side, Vancouver.

“I was desperate to bring him in,” Hudson admitted regarding Feilhaber’s signing. “During that period, I’ve got to be honest, I was hopeful at best. We keep pushing every day, then eventually it happened. I’ve got to give credit to the club, they’ve done an amazing job to bring in some key players we wanted, he’s a real key signing for us.”

Colorado did add one of top right backs in MLS in Keegan Rosenberry. The 25-year-old is coming off a sensational season with the Philadelphia Union and adds aggressiveness to a backline that was pushed around a lot last season. Tommy Smyth and Danny Wilson will seek to improve in 2018 while Kortne Ford, Axel Sjoberg and Deklan Wynne will also aim for a starting spot. Dillon Serna has seen playing time at left back this preseason and could work his way into the starting role should Hudson deem him ready.

2019 will also see the end of an illustrious career as Tim Howard heads into his final professional season. The U.S. Men’s National Team legend will look to end his career on a high note but will need some help from his teammates to have a chance.

Here’s a closer look at the Colorado Rapids heading into 2019: 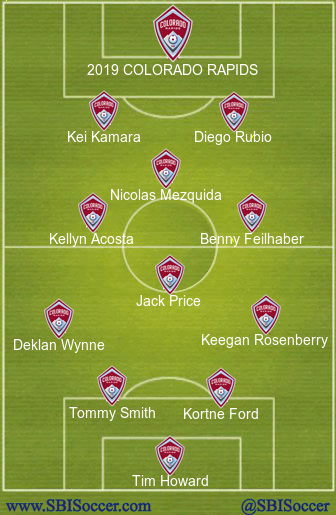 Under Peter Vermes, Diego Rubio scored 10 goals in 2018 and helped Sporting KC to a place in the Western Conference Final. However, this will be a new challenge for the Chilean who enters a side needing goals. He should be able to start next to Kei Kamara but it will be intriguing to see how the pair plays with one another. If he can replicate his form from a year ago then the Rapids could have a slim chance at a playoff spot.

PRESSURE IS ON: Sam Nicholson

The Scottish midfielder was expected to be a big splash for the Rapids but the 24-year-old could only net two goals. The 24-year-old has plenty of talent but needs to make the most of opportunities if he wants to remain a starter. With numerous additions to the roster, Nicholson could find 2019 a tough season.

Colorado still has a lot of work to do to claim a playoff spot but several additions should help them at least improve on last season’s numbers.

Hudson will have players like Howard, Acosta, Rosenberry, and Kamara to lean on but he will need strong outings from others to get results. Tommy Smith and Danny Wilson may not be the strongest centerbacks in MLS but they know the system and know what is expected from them in 2019.

After being manhandled on several occasions in 2018, Colorado will need to do a better job of keeping matches close. Defensively they need to be strong while offensively posing a threat to the rest of the Western Conference by being clinical in front of goal.

Rubio and Kamara are strong forwards who can score goals but other players will need to chip in as well. Nicholson, Shkelzen Gashi, Dillon Serna, and Jack Price may be called upon to do more than normal but if the Rapids want to be an improved side then it needs to happen.

The Rapids may not be in the playoffs come season’s end, but they will give their opponents a tough 90 minutes each and every weekend.