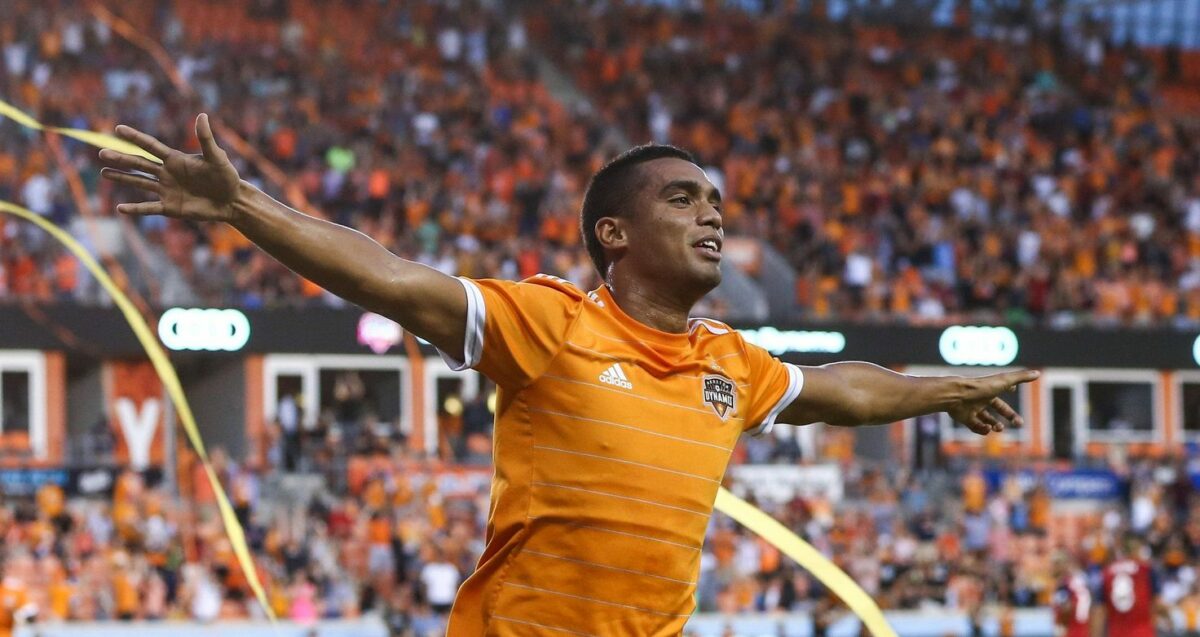 The 2019 Houston Dynamo are an ambitious team.

Although the Dynamo failed to make the playoffs in 2018, a year after reaching the Western Conference Finals, they went on a successful run in the U.S. Open Cup. Houston went on to defeat the Philadelphia Union 3-0 to lift their first-ever Open Cup trophy, and also their first trophy since 2007.

So, it’s no surprise that even though they failed to make the playoffs for the fourth time in the last five years, they’re confident that they can make a run towards a CONCACAF Champions League Trophy.

“There’s a lot of very good energy in the air around the team,” Dynamo general manager Matt Jordan told SBI. “You know, within the club, and around the city, to be back in the CONCACAF Champions League, it’s something that we’ve been working quite hard towards over the last few years. It’s very exciting for us as a club and we’re really looking forward to getting it going.”

The trip into the CCL is the first for Houston since 2013 with the first leg in the Round of 16 at Guatemalan side Guastatoya on Tuesday. Their attitude into CCL play is the same attitude that the Dynamo plan to bring into the 2019 MLS season: ambition versus reality.

“You have to be very ambitious, because if you don’t think big then you cannot achieve anything,” head coach Wilmer Cabrera said in a recent interview about heading back into the CCL. “Realistic? That’s different. We’re ambitious, but we have to be realistic, you have to create that balance. It will help to prepare you very well to have great expectations, but be humble enough to understand it’s a very difficult competition.”

With CCL play starting just over two weeks before their MLS regular season opener against Real Salt Lake on Match 2nd, the club has had a chance to get everyone into camp early and will play meaningful matches before the MLS season kicks off, instead of routine preseason friendlies.

Here’s a closer look at the 2019 Houston Dynamo: 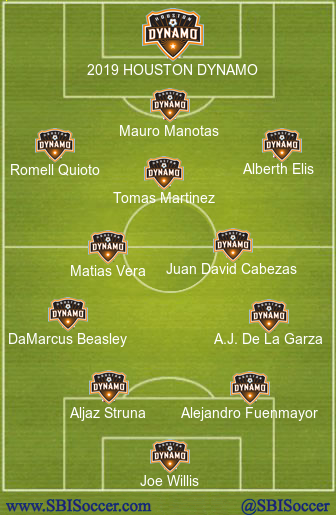 The Dynamo struggled defensively (and overall) last year after losing defender Juan David Cabezas to a quad injury 15 minutes into opening day. He returned for a match in May, re-aggravated the injury, and missed a majority of the rest of the regular season.

Matias Vera, Kiki Struna and Maynor Figueroa give the Dynamo the depth defensively that they need. Vera and Struna could pair well with Cabezas in the defensive third when healthy. Figueroa, who turns 36 in May, brings experience and leadership to a back line that will be tested with a grueling schedule ahead.

The Houston Dynamo will go as far as Alberth Elis and Mauro Manotas go. Although Elis is as interested in heading to Europe as Europe is reportedly as interested in having him, he’s planning on staying for the 2019 season. At least, through the summer.

Elis has netted 21 goals and tallied 14 assists in 56 appearances with the Dynamo. Last year, he scored 10 goals with 11 assists, although his talent-level has many thinking that he could produce better. If he wants that big European deal, a solid season in MLS and CCL could help his cause, along with Houston’s.

Manotas followed a decent 10-goal, five-assist 2017 campaign by bursting out with a 19-goal 2018 campaign, finishing tied for fourth in MLS in goals scored.

If ambition is having the best roster and winning a treble (MLS Cup, CCL and another U.S. Open Cup), then reality will test their upgraded roster.

The Houston Dynamo don’t have the star power or the money that some of the other MLS clubs have, which can easily test that reality. However, there’s talent on this roster (when healthy), and now, there’s the depth needed not only to help Houston get back into the playoffs but to also get through the CONCACAF Champions League.

“We weren’t satisfied with the way things went with league play,” Jordan said.  “So heading into this offseason we felt we need to be very aggressive.”

Houston went exactly after what they felt they needed in the offseason: upgrades and depth. They got both defensively in bringing in Vera, Struna, and Figueroa, along with re-signing left back DaMarcus Beasley and signing right back Chris Duvall. They also added attacking depth in acquiring Marlon Hairston from the Colorado Rapids and signing Tommy McNamara who spent the last four seasons with New York City FC.

“All these players improved our group,” Jordan explained, “but you know what’s been important for us in particular with our two foreign signings is strengthening the spine of the team. Until then, we weren’t satisfied with the way we played last year and that’s why we really wanted to be focused heading into this offseason.

“Obviously you could build a roster that young and dynamic and that upside with a good capacity for growth. But that’s all balanced with sound leadership, and we feel we’re moving in a good direction.”

The biggest question mark that hovers over the Dynamo in 2019 is whether or not they can stay healthy. When Cabezas went down last year, Houston totaled just 25 points in the 28 matches he was out, easing them into their ninth-place finish.

Ambition vs. reality. While the ambitious goal to come back strong seems to be there in Houston, reality could hit them hard starting Tuesday night in Guatemala.