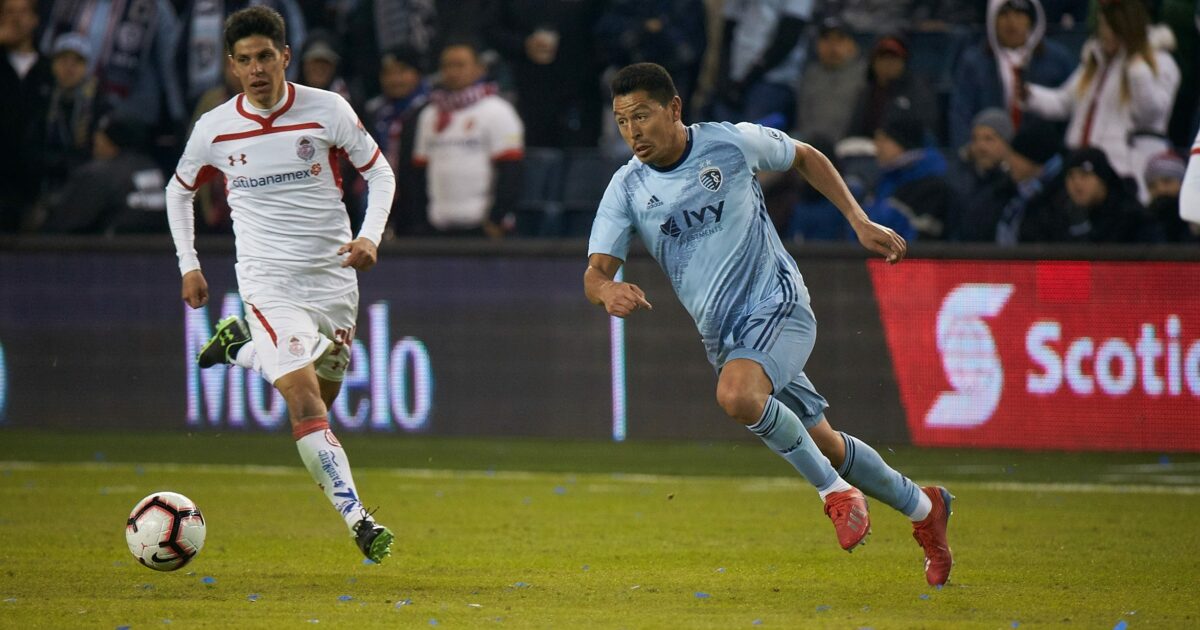 Sporting Kansas City hasn’t had a typical preseason. They aren’t at home in Kansas City, even though their first regular season is just days away. They spent the last several days in Albuquerque, New Mexico, getting adjusted to playing in high altitudes before the second leg of their Concacaf Champions League clash in Mexico with Toluca.

It’s quite clear that the CCL is the main focus for SKC at the moment. Between the early start to camp and the out-of-town training schedule, the regular season opener against LAFC on Sunday is more or less an afterthought.

“We haven’t really talked about MLS at all because we have this Champions League game,” defender Matt Besler told SBI. “It’s just different. Normally, when you’re not in Champions League, you talk about the first game of the season being an MLS regular season game, and you talk about your opponent, but this year that’s not the case.”

SKC got off to a great start in the CCL. They took care of Toluca 3-0 in the home leg and will face them in the second leg in Mexico on Thursday. The early start led to a fast paced training camp that really tested the players.

“You’re expected to play a 90 minute game two weeks before you normally would, at a high level, against good competition,” Besler said. “It creates a demanding situation. There’s a lot of challenges that go with it.”

To that end, it was up to head coach Peter Vermes to keep the players focused on the right track. His plan has been to keep players on their toes by never sticking with the same thing for too long. That’s why he had the team in New Mexico, as a way to break up the longer than usual preseason routine.

“It’s been us trying to be smart around moving our sites so that the guys aren’t getting bored with being in the same spot the whole time,” Vermes told SBI. “Outside of that it’s been good. The guys have worked hard, focused and concentrated, which is good.”

But MLS is still looming. Three days after the second leg against Toluca SKC takes on a very difficult Los Angeles FC team away from home. If they move on in the CCL, they will have to face another road trip to a difficult environment foreign country while balancing their league campaign. But SKC is built to handle those stresses and is looking forward to each and every competition this year.

Here’s a closer look at the 2019 Sporting Kansas City season: 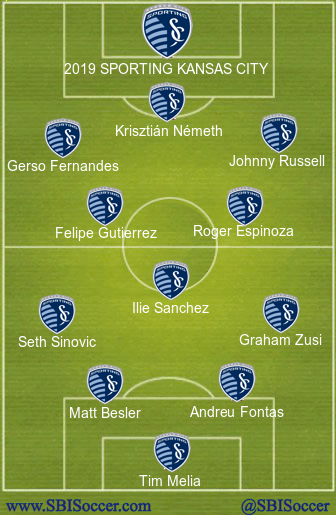 After seeing his role decline with the Vancouver Whitecaps over the last few seasons, Erik Hurtado has a chance to reinvent himself at SKC. He’s already earned significant praises from his head coach during the preseason, including a comparison to a former SKC forward. “I think he gives us a different dimension. He’s a guy the you at can play over the top with him. Strong, he’s got a little bit of Dom Dwyer in him,” Vermes said. ” But he also can get over the top. He’s the kind of guy who can rally exploit space behind the back line. He’s a hungry dude. Another guy who works hard.”

Hurtado isn’t going to be the main man up front this season, but he could pop in off the bench and score a late goal to steal a point or two for SKC, which is just what the team needed late in the playoffs last season.

PRESSURE IS ON: Gerso Fernandes

Gerso has been a fixture on the wing for several years in Kansas City. He hit a high water mark of eight goals in 27 starts two years ago and he was a part-time starter last year. He still managed to score six times in a little more than half the minutes. He’s slated to be the first choice on the wing, for now, but a few off weeks could lead to him riding the bench in favor of the younger Daniel Salloi. He’s off to a good start with a goal in the CCL and he will need to carry that form into MLS if he wants to keep his spot.

SKC will look more or less the same as they did a year ago with one major change.

For the first time since 2015 their regular center back pairing won’t feature Ike Opara, who started 86 regular season games in the past three years, most of those next to current captain Matt Besler.

“Ike was a big part of our club for a number of years,” Besler told SBI. “He will be missed in certain ways. But at the same time we deal with stuff like this all the time in our profession. This is what happens.”

Stepping in to replace Opara is Andreu Fontas, who came over to the club during last summer’s transfer window. The 29-year-old Spaniard spent ten seasons in Spain after getting his start at Barcelona’s famed La Masia academy. He only played in two MLS games last year, but he is going to take up the full time role next to Besler, and that doesn’t worry Vermes all that much.

“Andreu Fontas has fit into the team really well. It was one of the big reason we got him last year in the summer window. We felt that we needed to add another central defender to the group,” the coach said.

“He reads the ball extremely well, excellent with his entry ball out of the back. It’s all good, really good.”

The insertion of Fontas should allow the league’s second best defense from last year to pick up right where they left off. Meanwhile, things are going to look just about the same up front.

The two big attack minded additions were midfielder Kelyn Rowe and the versatile and experienced Rodney Wallace. Rowe will provide depth in the central midfield and should even get a handful of starts out there. Wallace will serve as a super sub who can come in and pay just about anywhere out wide, from an attacking winger all the way to a defensive full back.

These depth pieces when it comes to attacking will be useful during the gruelling MLS campaign combined with the Concacaf Champions League and what the club hope is another run through the U.S. Open Cup. If there’s one thing that’s consistent in SKC’s mentality, it’s that they want to compete in every single competition they play in.

“The people who say that some of these games don’t matter, like Champions League or Open Cup, you know, they’re just extra games or extra competitions, that’s crazy to us,” Besler said.

“Our goal is to try and win everything we can,” he continued. “Every competition we feel like we can be in the mix for. First one started with Champions League, we have to try and advance. Then the MLS regular season, every game is important if you want to make a run at the Supporters’ Shield, and once the Open Cup starts it’s going to be the same thing.”