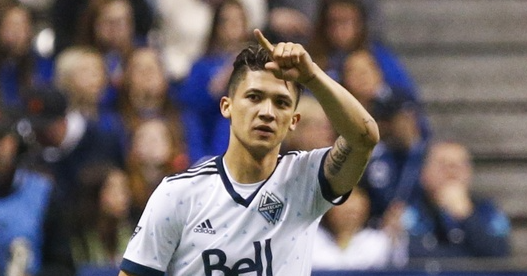 In 2019, the Vancouver Whitecaps will celebrate its history while also welcoming a new era.

With one eye on the past, nodding at the 40th anniversary of the team’s Soccer Bowl championship, the Whitecaps will turn the page on head coach Carl Robinson’s five-year tenure. Replacing him is Marc Dos Santos who had a promising path to MLS.

The Montreal native is only 41 but has been coaching since 2007. His resume includes teams like pre-MLS era Montreal Impact, Palmeiras academy, the Ottawa Fury and Swope Park Rangers. His trophy cabinet also raises eyebrows: A USL championship in 2009, the Brazilian U-15 championship in 2012 and an NASL Soccer Bowl in 2017. According to him, success in MLS isn’t foreign to success in the lower leagues.

“Winning is winning. Whoever won in MLS might have a tough time winning in the USL or in the NASL,” Dos Santos told SBI Soccer. “Winning at any type of competition is not easy and I understand that the experience that I have in the NASL and the USL have been important to prepare me to try to win something else.”

Dos Santos made his way to MLS last year as an assistant at LAFC. After only one season under Bob Bradley, the Canadian accepted the challenge to hop back north of the border and lead the Whitecaps.

The task will not be easy, however. The team was left in shambles at the end of last season. At the club’s end of season press conference, many players were vocal about their discontent with the team. In the following weeks, many of the team’s key players left or were traded away leaving place for the Dos Santos era. A total of 21 players departed and 15 players joined the Caps ahead of the 2019 season. 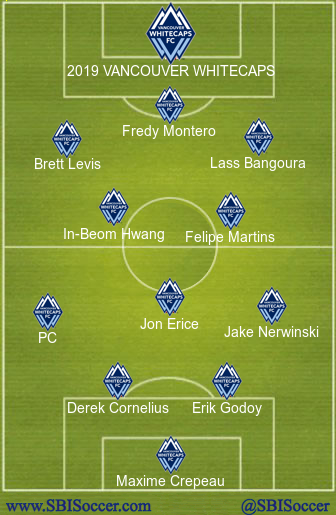 The Whitecaps’ newest designated player will be an important part of the team in its post-Alphonso Davies era. The Guinean international coming in on loan from Rayo Vallecano doesn’t play on the same side as the Canadian wonderkid but will have the task to pick up the slack on Caps’ right flank.

Pressure is on: Russell Teibert

Once again this season the pressure is on for Russell Tiebert. With a new head coach on the way in, the Canadian international will have to forget about one of his best seasons in professional soccer and focus on fighting for his spot. The Whitecaps have brought in a trolley of new players under Marc Dos Santos which made Teibert’s status as a consistent starter uncertain.

Expect the Whitecaps’ preseason to be extended into weeks one, two or three.

When Dos Santos spoke to SBI Soccer last Monday, many players either freshly arrived to Vancouver or had not reported to camp yet. In-Boem Hwang and Jasser Khmiri had landed two days prior, Lucas Venuto only a week ago while Joaquin Ardaiz and Fredy Montero are set to arrive on Thursday. The turnaround and players still in their first days of training camp means that the coaching staff have not yet played with a full squad.

“I do expect for the beginning to be a little bit difficult because we will kind of be in another phase of the preseason in a league that is competitive, said Dos Santos. “At the end of the day I also believe in the work that we do in training and I believe that what is happening in the first few exhibition games are bringing principles to the team and that’s been quite surprising in a positive way.”

Given their situation, the look for leadership was a little tricky for the coaching staff. Dos Santos believed that looking for both leadership and a new captain will come up organically in practice, the rest of the team’s pre-season games and throughout the season.

“I’m not in the need to look for a captain. I think that the most important thing is that the players take accountability for what they do and that leadership comes from there,” said Dos Santos. “I think that whoever at the end of the process wears the armband will be a consequence from what they bring to the group every day.”

One of the new players that knows what it’s like to play at BC Place is Fredy Montero. Having came in on a free transfer from Sporting CP, the Colombian was a “no-brainer” for Dos Santos and Whitecaps upper management.

“When Fredy’s name came up, not only did we think it was important for what we wanted to build in Vancouver and the fact that he knew MLS and played for the club before, but the fact that we have Ardaiz and Theo Bair that are young Fredy could bring that experience and could help those two forwards grow,” said Dos Santos.

The team’s turnaround did not escape goalkeeper position. Last year’s starter Stefan Marinovic left the club and in came two men who will look to fight for the job. Veteran Zac MacMath was added via a trade with the Colorado Rapids and Maxime Crepeau joined through a trade with the Montreal Impact.

The 24 year-old Crepeau is just off winning the USL goalkeeper of the year title while on loan at the Ottawa Fury. A trade to Vancouver brings Crepeau a “second wind” according to Dos Santos, but he still think that his goalkeeper race is wide open.

“I think [Crepeau’s] chances are the same as Zac’s’ Dos Santos said. “It’s an open race and they know that they both have an opportunity to play on this team.”

Dos Santos did not want to reveal the team’s objectives for the 2019 season. In the coming week, the rookie head coach will meet with his team to share his views on the season to come and will only share them publicly once all parties agree.

“At the end of the day I want our club to be known as one that plays the game well, that has a strong identity, that is exciting to watch,” said Dos Santos. “And if all that goes well I think we’ll be a position to compete for things.”