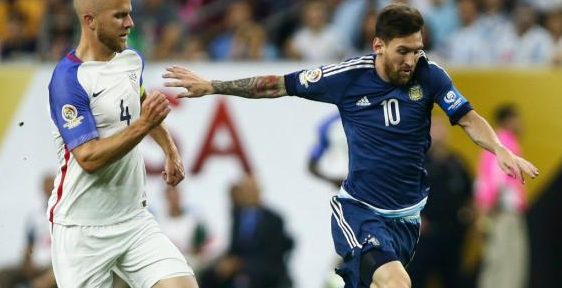 According to the New York Times, the tournament would be called Continental Cup 2020 and would mirror the Copa America Centenario which was hosted by the U.S. in 2016. All 10 Conembol countries would be invited as well as six Concacaf nations.

Each team will be guaranteed a minimum of $4 million to participate, while an additional $5 million will be given to the winner. Teams will also earn $225,000 per point earned while the USSF is willing to pay nearly $200 million to the participants, according to the report.

“We view this opportunity positively as it is not intended to replace or substitute any future editions of the Concacaf Gold Cup and it complements our vision to continue providing opportunities for our Member Associations to play competitive football at the highest level,” Concacaf said in a statement.

Both Concacaf and Conmebol have been in discussions in regards to holding another Copa America but have yet come to an agreement. The tournament itself is set to run concurrently with that year’s European Championships and would not have any impact on the Concacaf Gold Cup or the Copa America.

In the 2016 Copa America Centenario, Chile defeated Argentina in the final which was relatively popular across the U.S. The USMNT fell to Lionel Messi and Argentina in the semifinals of that tournament, which allowed the two federations teams to get a taste of one another.

U.S. Soccer president Carlos Cordeiro has invited the South American representatives to discuss the proposal next week in Miami, in hopes to strengthen the possibility of the tournament.