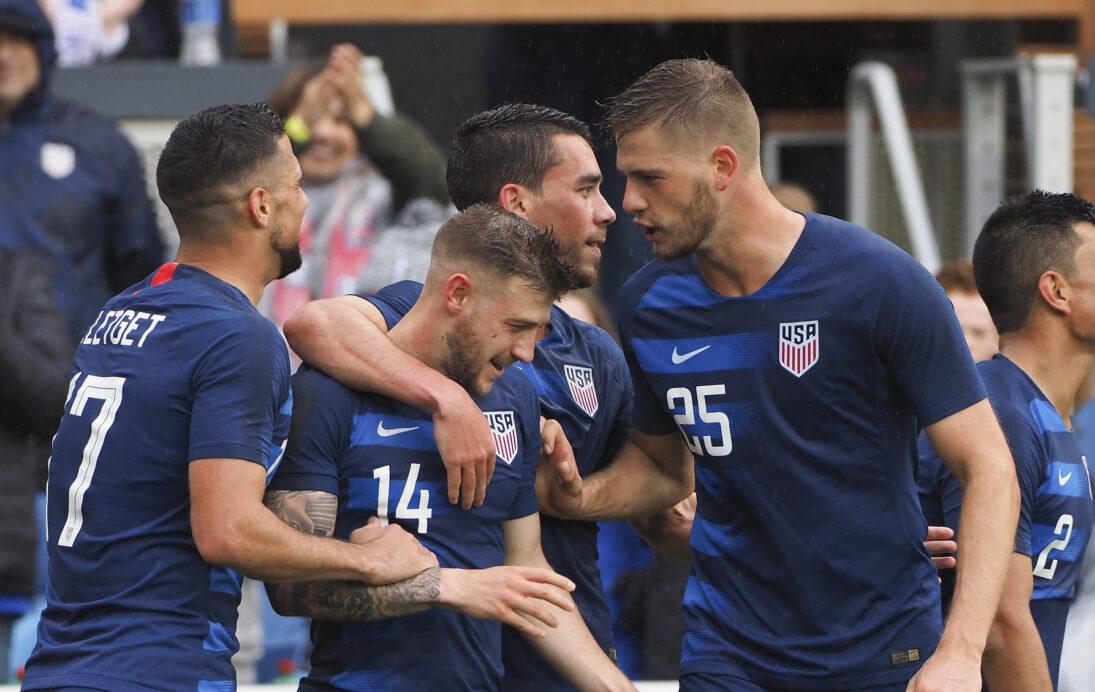 It may only be January, but the Gregg Berhalter era with the United States Men’s National team is off to a perfect start – record-wise.

Sebastian Lletget’s header in the 80th minute as the rain started to come down at Avaya Stadium gave the USMNT the 2-0 win on Saturday, effectively ending their January camp on a high note. Lletget headed in a Jonathan Lewis cross in the 80th minute to break the scoreless deadlock and Paul Arriola doubled the score in the 88th on a chip of Costa Rica keeper Esteban Alvarado.

However, the win didn’t come easy as many would’ve thought. The USMNT started a bit better than they did last Sunday against Panama. They were able to find their way into Costa Rica’s third in the first half but weren’t able to find the back of the net.

“The mentality of the first half was too passive,” head coach Gregg Berhalter said to the media afterward. “We want to be much more aggressive.

“When we’re able to speed to up, we’re able to catch them out of position and find some spaces, so there are some things that led to a much better second half.”

Arriola came just short of finding Corey Baird at the far post in the 18th minute on what could’ve been the game’s opening goal. Walker Zimmerman missed on a header off of a Djordje Mihailovic cross midway through the first half and Milhailovic just missed Gyasi Zardes in stride one what could’ve been a goal at the end of the half.

The United States’ scoring woes continued early in the second half as Cristian Roldan poorly missed on what would’ve been a goal right in front of net.

Nick Lima nearly sent the Avaya Stadium crowd into a frenzy with a rocket of a shot to the far post in the 54th minute, but the ball hit the edge of the post and deflected away.

Lewis’ cross to Lletget for the goal made him just the second American to tally an assist in back-to-back matches as a sub since 2014 and, with the goal, Lletget became just the sixth American player with a goal and an assist off the bench and the first since Clint Dempsey did it against Costa Rica back in July 2017.

“So, Sebastian’s an interesting one because he’s got a load of ability,” Berhalter said about Lletget. “When he plays within the structure, now (his) skill set can take over and help him be very effective.”

Up next for Berhalter and Co. is a pair of March friendlies against Ecuador and Chile respectively.