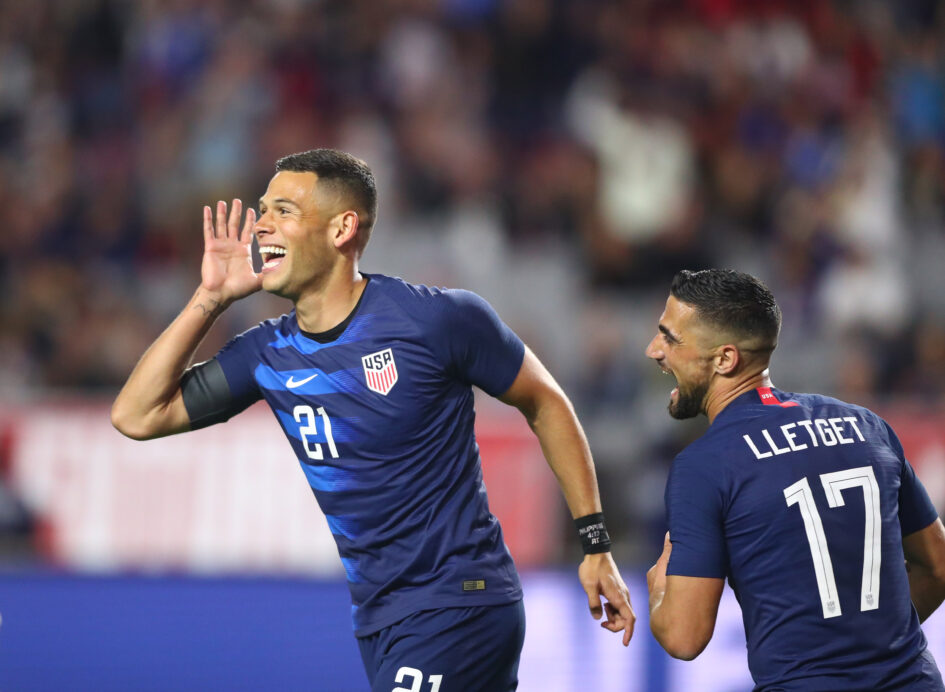 The U.S. Men’s National Team got the Gregg Berhalter era off to a triumphant start, but a stiffer test that might require some lineup changes awaits.

The USMNT will close out its annual winter camp with a friendly against Costa Rica on Saturday, and the Central American nation is sure to put up more of a fight than Panama did over the weekend. While Berhalter will certainly be looking to further implement the tactics that we saw introduced in the 3-0 win this past Sunday, he might also be tempted to see at a least a few new faces to get a better understanding of who is capable of carrying out his preferred style of play.

The good news for Berhalter is that he will get answers no matter who he goes with from the start. The USMNT is still in its infant stages under his guidance, and as such there is plenty for him to learn about the MLS-based players he has at his disposal.

Here is the lineup we could see taking the field:

Berhalter hinted on Tuesday that there might not be many changes made to the lineup, so it is likely that a 4-3-3 formation is preferred again and that the starting XI looks largely similar to the one used against the Panamanians at State Farm Stadium.

One of the more notable changes that seems to be in the cards is Wil Trapp replacing Michael Bradley as the No. 6 in the formation. Bradley did well moving the ball and passing through the lines against Panama but was very lax defensively, which is concerning. What’s more, Berhalter and Trapp have a long history together through their time at the Columbus Crew and it seems unlikely that the new U.S. head coach benches Trapp for a second straight game.

The other three lineup alterations come further up the field. Sebastian Lletget could get a closer look in one of the two “No. 10 roles” that Berhalter described as having last week, and Lletget would probably take the place of Djordje Mihailovic here given how well Cristian Roldan played against the Panamanians. Mihailovic also performed well this past Sunday, and he was the author of the game-winner, but he faded in and out of the match and his game is not as well-rounded or polished as Roldan’s so Lletget should slot in for Mihailovic here.

In the front three, Paul Arriola and Christian Ramirez may very well be in line for starts. Arriola is one of the more seasoned players in camp and has a skill set that seems tailor-made for the right wing position in Berhalter’s system. Corey Baird did not perform poorly in Glendale, Arizona, but he was often too direct and did not combine enough with his teammates. Arriola is more capable of finding and stringing passes together with players around him and also has the ability to get in behind, which should allow him to fill in just fine on the right while Jeremy Ebobisse is deployed again on the left.

Ramirez, meanwhile, is probably deserving of the start here. While Gyasi Zardes was active in his stint as the lone striker three days ago, he was unable to convert any of the chances he had and did not get into the same type of deadly positions like the one Ramirez got into to bag the late insurance goal. Ramirez may not be able to stretch a defense like Zardes, but Berhalter has to be curious to see if Ramirez’s nose for goal and movement in the penalty area can translate to the start of a match at the international level.

As for the back line, it is likely to stay exactly the same. Daniel Lovitz was certainly a weak link on both sides of the ball against Panama, but there is no other true left back option on the roster and thus he figures to remain in the starting group. There are more natural replacements for the other three players that comprised Sunday’s back four, but Nick Lima looked too good in and out of possession to be moved out of right back and Aaron Long and Walker Zimmerman are at least one level above international newcomers Aaron Trusty and Mark McKenzie.

We could potentially see Sean Johnson get the nod over Zack Steffen, but the Columbus Crew goalkeeper seems the safer bet to be in between the sticks given his standing as the consensus No. 1 netminder in the pool and overall familiarity with Berhalter’s tactics.