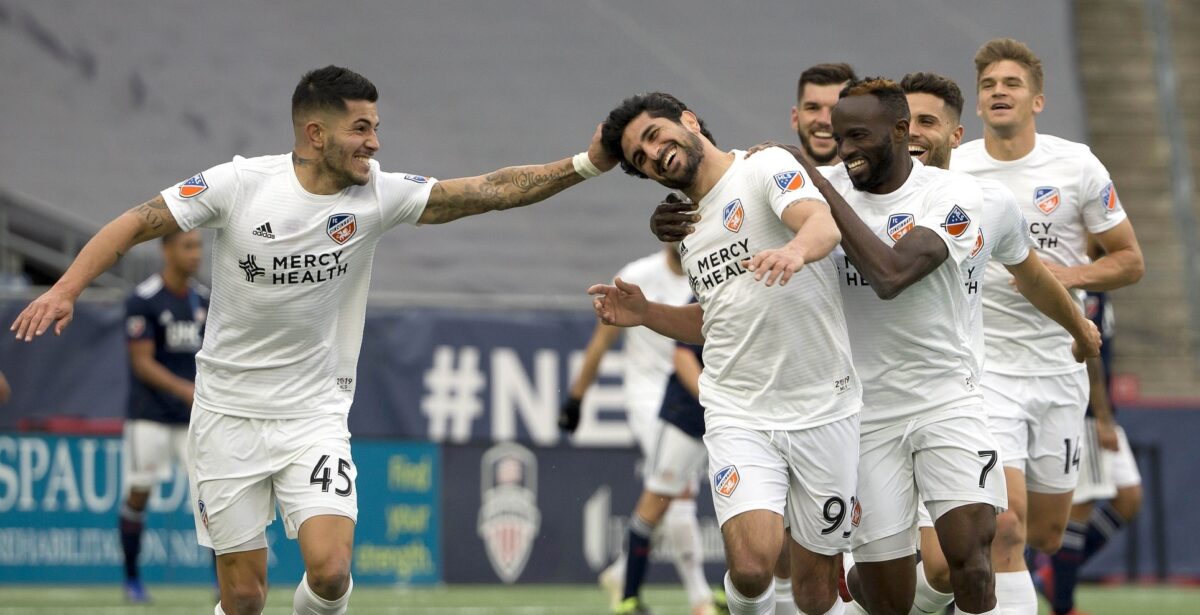 FOXBOROUGH, Mass. — Kenny Saief came up big in his first MLS start, while Kekuta Manneh thrived in an advanced role as both had a goal and an assist as FC Cincinnati topped the New England Revolution, 2-0, on the road.

“We’re big time exceeding expectations, but we’ll take it and we know we’ll go fight in every single game,” FCC coach Alan Koch said. “If you had said to me that we’ll start the season off with four games and having to play these particular four games that we have that we’d have seven points, I’d have said you’re crazy. Full credit to the players, full credit to the staff, everybody is buying into what we’re asking them to do.”

The visitors went ahead in the 44th minute after the Revs turned the ball over off a goal kick. Manneh held off Revolution midfielder Wilfried Zahibo as he dribbled up the middle, then sent the ball out left to Saief and got it back out in front. The Gambian forward put a first touch shot past Revs keeper Brad Knighton from 10 yards out for his first goal of the season.

FCC’s Spencer Richey made a double save in the 61st minute en route to his second straight shutout, parrying a Carles Gil shot and then denying Diego Fagundez as he swooped in from the right wing for a second try.

A few minutes later, FC Cincinnati doubled the lead as Emmanuel Ledesma lofted it a ball in from the left end line that Manneh settled right of goal and then centered to Saief for a close range finish in the 65th minute.

Cincinnati’s first road win was even more impressive considering they were without Costa Ricans Kendall Waston and Allan Cruz, and Jamaicans Alvas Powell and Darren Mattocks, who were all away on international duty.

FCC (2-1-1) has back-to-back home games coming up the next two weekends against the Philadelphia Union and Sporting Kansas City.

The winless Revs (0-3-1) continue a stretch of five out of six games at home back Gillette Stadium at 2 p.m. next Saturday.

Saief gets edge over Manneh because he is an MLS newcomer and made a big impact as he is still adjusting to a new league.

Richey’s double save prevented the Revolution from gaining momentum in what is as close to a must-win game as there is in March.

Cristian Penilla has been in Revs coach Brad Friedel’s doghouse early in the season and didn’t do much to get out of it in a ho-hum 90 minutes on Sunday. Penilla hasn’t looked quite the same as he did in his breakout 2018 season.