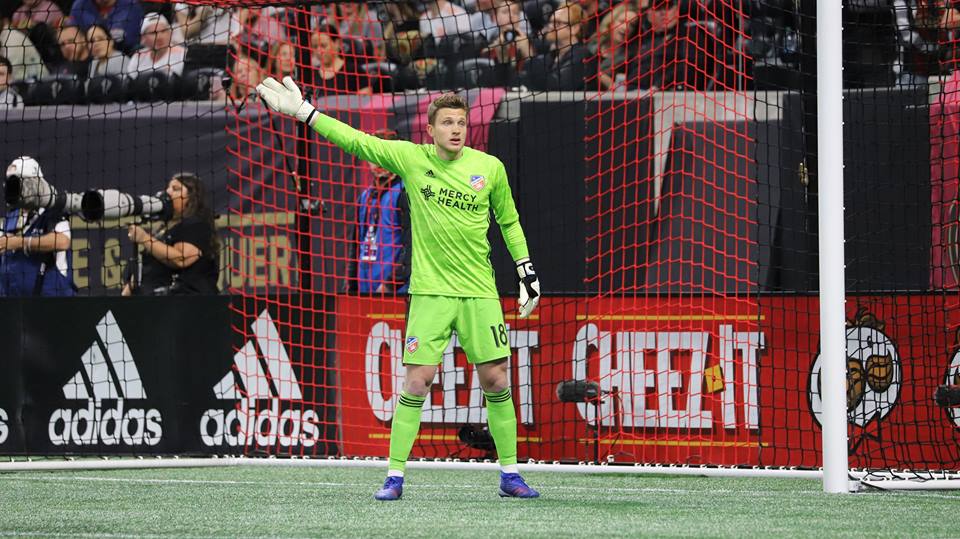 Preparations are underway for FC Cincinnati’s third week of MLS life. As the new wears off the emotional high of FCC collecting its first-ever MLS point on Sunday against defending champion Atlanta United, the club is now tasked with hosting 2018 runners-up, the Portland Timbers.

Both teams share a record of 0-1-1, and while FC Cincinnati will be rated as the underdog heading into every match as an expansion side, the club may have found itself in a best case scenario for its date with Portland. The Timbers fell 4-1 to LAFC last week in a match that saw mainstay midfielder Diego Charà earn two yellow cards, rendering himself unavailable for Week 3.

The match will be the first official MLS competition hosted at Nippert Stadium, an environment that has been the class of USL in the last three seasons. The club announced that 30,000 tickets have already been sold ahead of the match on Sunday.

Due to stadium renovations, Portland opens its 2018 season with 12 road games, and will certainly envy the warmth of a supportive environment.

FC Cincinnati forward Fanendo Adi will be facing his former club for the first time in his career. Adi, the longtime Timber won the 2015 MLS Cup with the club and scored 60 goals in his tenure, still second in all-time scoring in the Portland record books two years removed.

“It will be great, a lot of emotion but I’m playing in Cincinnati. If the game was going to be in Portland that would be a little different,” Adi said. “Playing in front of our fans is going to be extra motivation for us to go try and win the game. We’re just going to enjoy the enjoy game and not add any pressure on myself or the team.”

“We respect respect Portland as a good team, runners up last year in MLS cup, so its going to be a tough game but I think we just have to do everything we can to come out excellent.”

In addition to Adi, FC Cincinnati has former Timbers in defender Alvas Powell and Darren Mattocks.

Simply put: It’s gut-check time for FC Cincinnati as the club has an opportunity to own four points from its first three matches, a feat that would stun the league and create a brand new narrative for the expansion side.

Goalkeeper Spencer Richey made his 2018 debut for FC Cincinnati in Week 2 after an apparent injury to Przemysław Tytoń. While the club was careful to keep the injury a secret, Richey knew about his debut early last week.

“Tuesday, Wednesday or so I knew there was something Titi [Tytoń] had been dealing with, so I was aware of the situation and that they were giving him some time to rest.” Richey told SBI. “I think he and a couple of guys had their meeting with the doctor early in the week and [starting] was something they decided on.”

In his first MLS start in two years, facing Atlanta United was a tall task.  Richey conceded a goal against reigning MVP Josef Martinez five minutes into the match, but quickly stabilized and had a strong showing.

“Its a long game, I’ve played in high pressure games where things don’t go right early on and you’ve got to pull it together and I think that’s something that the team did really well. “Richey said.” Especially with the beating we got in Seattle, to give one up early and have the discipline and resilience to get back on it and finish the match well.”

While the club will likely remain tight lipped on Week 3 plans, Tytoń was absent in Tuesday’s training.

In addition to Spencer Richey, Kekuta Manneh, and MLS newcomer Allan Cruz made their first starting appearances in the 2018 campaign.

Week 2 also saw late debut substitution appearances from Greg Garza and newcomer Kenny Saief, and there was a noticeable uptick in quality when either of the two found the ball.

Both are projected to be impact players as an ideal starting XI emerges.

Hagglund, Saief named in Team of the Week

Defender Nick Hagglund and midfielder Kenny Saief received MLS Team of The Week honors for their performances in Atlanta.

Hagglund played a full 90 minutes and was instrumental in keeping Atlanta from scoring a second goal, while Saief was brought on as a substitution in the 73rd minute and assisted on Roland Lamah’s equalizer in the 86th minute.