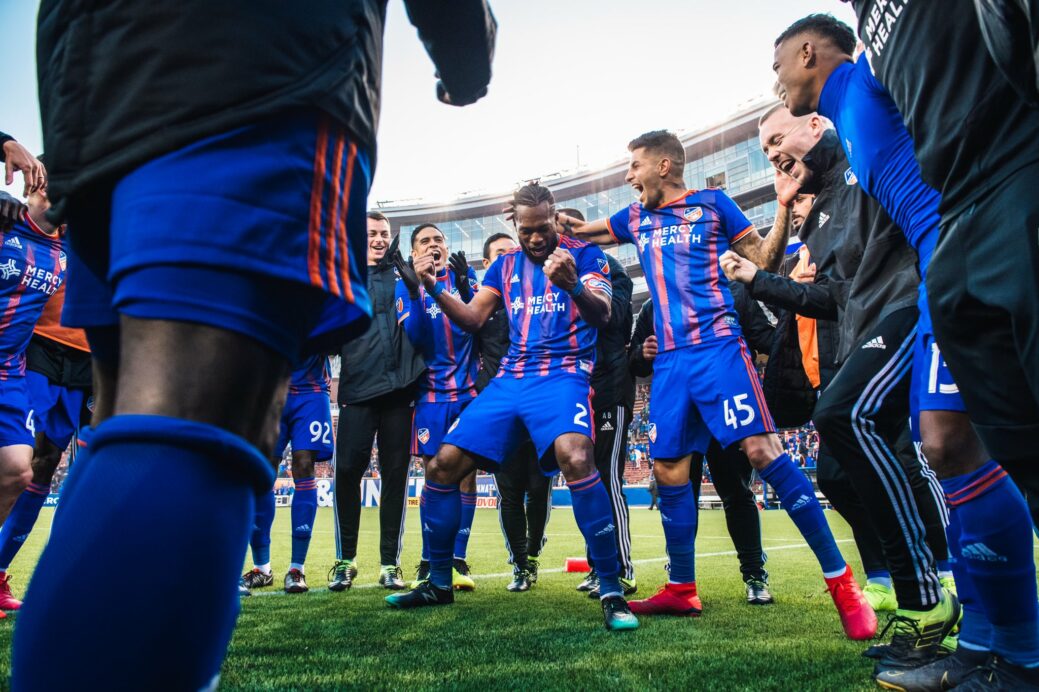 In the first-ever MLS home match hosted at Nippert Stadium, FC Cincinnati did not disappoint the sellout crowd that has waited three years to witness the expansion side in MLS garb through its own eyes.

The magical evening in the Queen City is an end product of sorts. The club’s three-year journey to America’s top flight started with a grassroots movement that spread like wildfire, with only one objective: achieving major league status.

In any expansion market across the world of sports, cultivating a fan base is no easy task as true passion is something that cannot be faked, or manufactured. As FC Cincinnati knocked down attendance dominoes one by one, Nippert Stadium has served as an intimate and accessible venue for soccer while facilitating the major league experiment, resulting in 20,000 season ticket holders before an MLS ball was ever kicked on the field.

“What a really, really special day for the city of Cincinnati, for Major League Soccer, and for FC Cincinnati,” MLS commissioner Don Garber said. “I have [seen] a lot of first matches for new teams and every one of them is particularly special. I think even more special here because it happened so quickly. I never really thought of Cincinnati as a real soccer city. I’m very pleased, a heartwarming day for us here at MLS.”

Cincinnati is now a bona fide major league soccer market, and the passion behind the club is undeniable. In a season that has been and will be filled with proverbial firsts, there will never be another inaugural MLS home match and FC Cincinnati was able to rise to the occasion and earn its first three-point affair in style, defeating Portland Timbers 3-0.

Team captain Kendall Waston opened the scoring at the 15 minute mark on a set piece assist by Leonardo Bertone, prompting a palpable outburst from the FCC faithful and the club kept its foot on the gas, showing sustained attack for the first time in its 2019 campaign.

As the team returned to the field, nervous energy was in the air at Nippert Stadium. FC Cincinnati held the lead and lion’s share of offensive metrics, but nationally fans have been fed a narrative that Portland outclasses FCC. With another full half to go, there was certainly an opportunity for Portland to spoil the party.

The party continued. Corner after corner, run by run, FC Cincinnati continued to push through Portland.

MLS newcomer Allan Cruz contributed the second goal of the match at the 61st minute on a clever backheel shot from inside the box, and defender Matheiu Deplagne immediately followed up in the 63rd minute with a goal of his own from short distance, and ultimately got the final word with respect to the scoreboard.

Both goals are MLS career firsts for Cruz and Deplagne.

With 27 minutes remaining, FC Cincinnati fans were on their feet in anticipation of the historical moment, the final whistle was audible for only a moment as it was drowned out by a deafening outburst of joy from the fans.

Predicted by none, FC Cincinnati now owns four points after the gauntlet that is three consecutive dates with Seattle Sounders, Atlanta United, and Portland Timbers, respectively.

Head coach Alan Koch has managed the club for the past two seasons in USL, and Sunday marked his first MLS victory as a manager. Not lost in the magnitude of the moment leading up to the match, Koch couldn’t help but smile throughout his post-game press conference.

“We have worked incredibly hard and you can see from the first game the disappointment in Seattle,” Koch said. “I think we were very disappointed with the performance, and honestly the result out there, we worked incredibly hard to prepare ourselves for Atlanta. I think we took an element of gratification by getting a point on the road and we’ll take a lot of gratification out of the performance tonight and the result.

“I’m glad we could reward the city and our fans, in a game that was very, very special to this community with a great performance and honestly a huge three points. Our fans are the reason why we are where we are today, and I’m glad we could give them that sort of performance.”