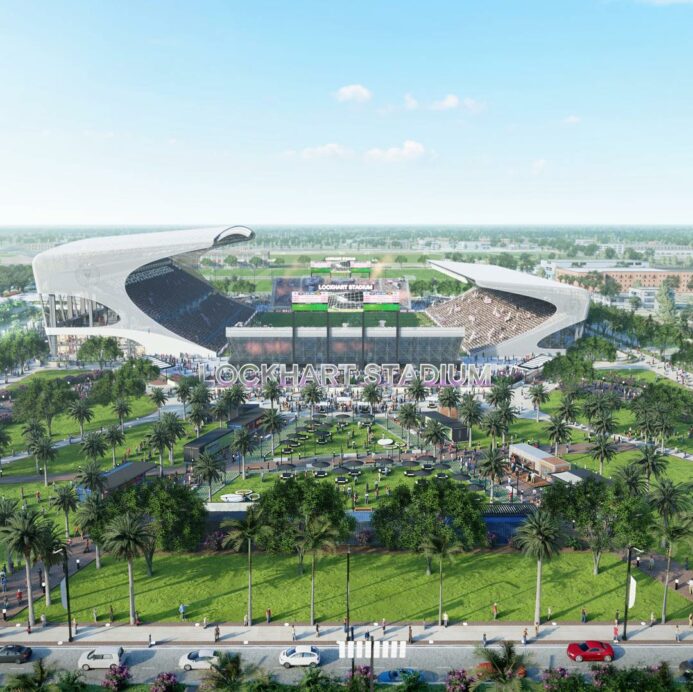 Inter Miami has released renderings for the second stadium it plans to have.

Inter Miami unveiled pictures and a video on Friday for its proposed training facility and USL stadium in Ft. Lauderdale, Florida. The expansion MLS club’s renderings for its desired complex show a new Lockhart Stadium for its lower-league team and a revitalized surrounding area. The current Lockhart Stadium, the former home of the defunct Miami Fusion and Ft. Lauderdale Strikers, that is on the site has gone unused for some time and would be demolished in order for the new USL venue to be constructed.

The plan is to have Manica Architecture design the facility and stadium, but Inter Miami has to first convince the City of Ft. Lauderdale that it has the best proposal for the 64-acre site. A group named FXE Futbol is competing with David Beckham’s franchise for the land, and has submitted a bid that would provide the existing Lockhart Stadium a facelift, land a USL club as well, and also add a Topgolf and other attractions.

The next city commission is scheduled for March 5.

Set to begin play in MLS in 2020 in a temporary venue, Inter Miami also has plans to build a soccer-specific stadium in Miami. The club is currently in the process of trying to secure land next to Miami International Airport for its permanent home.

You can see the video for Inter Miami’s proposed training complex below: