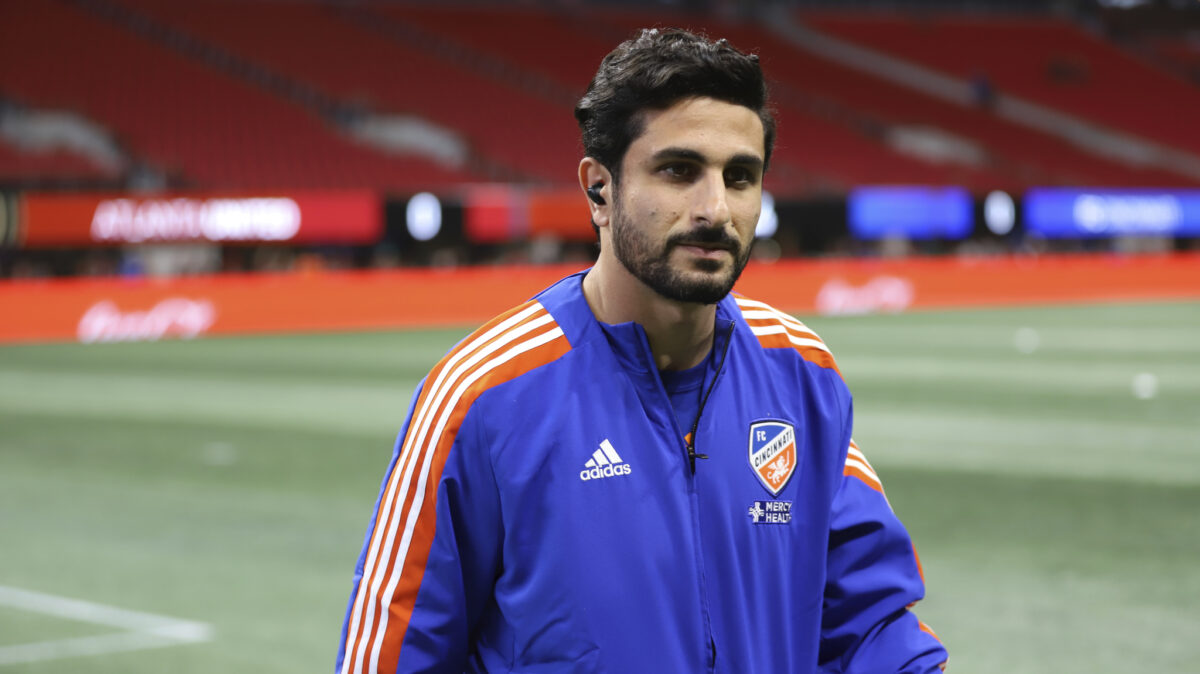 It may only be three weeks into the 2019 MLS regular season, but FC Cincinnati is moving in a positive direction. In no small part, continuity has contributed to the success as head coach Alan Koch did not make any changes to his starting lineup between Weeks 2 and 3.

While international duty is an honor and something to be celebrated, the depth of the club will be tested greatly this weekend. FCC will be missing five players heading into Sunday’s match against the New England Revolution.

Amaya has yet to feature for FCC so far in 2019, but the club as leaned heavily on the others. Waston and Powell have started each of the club’s first three matches, Cruz started in the past two, and Mattocks has played 108 minutes off the bench in the opening three.

Despite losing so much talent, the duality of finding out exactly what the club has in depth is exciting.

“Identity of the club has to be the same no matter what players play or not. I think that everybody knows their roles, everybody knows what the coaches want us to play.” Waston said. “So obviously, every player has different qualities and I think next week is huge because we don’t want to be a team that’s up and down. We want to have a certain standard. So, the only way is winning or creating points that can lead us to the playoffs.”

Since each third of the field will be missing starting quality, here’s a look at possible candidates who could see starting opportunities.

Greg Garza – After being on the mend for all of preseason, Garza has appeared in substitution each of the last two weeks. Week 4 would be a perfect opportunity for Garza to start in a lineup that will be missing starting quality. Garza has been practicing at full speed for the past several weeks.

Forrest Lasso – After getting several meaningful touches in preseason, the 2018 USL Defender of the Year is an exciting young player who has yet to appear for the Orange and Blue in the first three weeks. From a depth or starting perspective, Lasso is another strong candidate to earn minutes in Week 4.

Justin Hoyte – Another USL carryover, the versatile 34-year-old hasn’t appeared yet in the 2019 campaign. With 53 appearances for FCC over the past two seasons, the former Arsenal man would bring both familiarity and needed full back experience as the club will likely be lacking both.

Hassan Nadam – Though he’s spent most of his career with NYRB II, the 20-year-old Cameroonian is an exciting option. FC Cincinnati fans may remember him absolutely muting Fanendo Adi in the 2018 USL Cup playoffs.

Emmanuel Ledesma – The fan favorite and 2018 USL MVP received a standing ovation while coming on in substitution at Nippert Stadium on Sunday.

Kenny Saief – The newly acquired playmaker should be in the plans for an ideal starting XI. His only appearance so far came in Week 2, in substitution where he earned an assist in the draw with Atlanta.

Caleb Stanko – The late preseason addition has yet to earn significant minutes for FC Cincinnati thus far. Stanko joined FCC on transfer from Bundesliga’s SC Freiburg where he assisted in the club’s promotion to Germany’s top flight in 2015.

Corben Bone – Since starting Week 1 in Seattle, Bone has not been used. With a crowded and competitive midfield, Bone could get a nod in Week 4 as he has the most recent start if that’s any indication of Koch’s pecking order.

Fatai Alashe – Since joining the club in 2018 from the San Jose Earthquakes, Alashe has fallen into the background with respect to the caliber of talent FCC has invested in the midfield. If he makes an appearance on Sunday, it would be his first of the season.

With respect to Fanendo Adi’s injury in Week 3, Darren Mattocks would have been the readymade stand-in at striker.

Kekuta Manneh is the only option to play in a center forward position in Mattocks’ and Adi’s absences. Manneh has started in midfield in the past two weeks.

No new names as both Przemysław Tytoń and Spencer Richey have earned starts, but a position battle may now be on in the GK department. Tytoń opened the season as a starter in the 4-1 loss to Seattle, but a hip injury has rendered him sidelined the past two weeks and Spencer Richey has stood strong in replacement only conceding one goal in Atlanta and most recently earned a MLS Team of the Week appearance after keeping a clean sheet against Portland.

While Tytoń certainly carries the higher profile and is back to training with the club, Richey’s run of form could see him jump Tytoń on the totem pole.