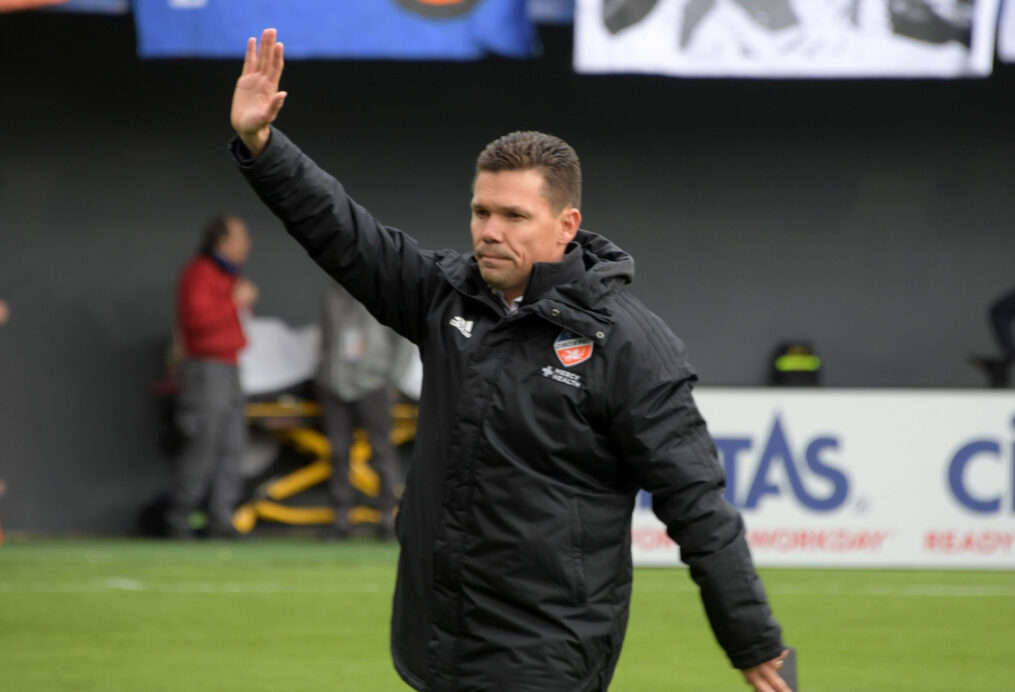 Record books don’t mean too much to FC Cincinnati head coach Alan Koch. As the club prepares to host the Philadelphia Union on Saturday, Koch is not getting lost in the momentum of consecutive victories over New England and Portland.

The reality is though, three points on Saturday would mean that FC Cincinnati will own nine through its first five MLS matches, and that would be the most for any expansion club in league history.

“It means absolutely nothing, honestly we all know that. We went to New England, we won, it was brilliant.” Koch said. “We’re happy, but we could have lost that game too so we’re just focused one game at a time.

“Records and things like that don’t mean anything, we’re just trying to get ourselves ready for Philly.  Embrace the game, embrace the occasion, and try to do everything we can to fight for three points for our club and for our city.”

Last week, FC Cincinnati has shown its ability to win on the road with a limited roster thanks to international duty. As the likes of Kendall Waston, Allan Cruz, Alvas Powell, and Darren Mattocks return to the fold, Koch will have a team that is closer to full strength with Fanendo Adi, Greg Garza, and Przemysław Tytoń all looking questionable or doubtful for Week 5.

“We face different challenges every single week,” Koch said. “Last week was the challenge of how we fill voids with the players that we had, I think we talked about it all of last week in terms of an opportunity for players to step up and showcase themselves, and I think the guys actually did that, now it’s about collecting the group together.”

A pair of USL carryover players had good showings in their starting debuts in Week 4. Forrest Lasso and Emmanuel Ledesma may be utilized once again in Week 5 as the team is looking at another mixed squad. While Lasso could be perceived as an option in central defense, Emmanuel Ledesma will be looking to take advantage of his versatility and lack of depth in the attacking department.

“I think we’ve been relatively lucky that so far we’ve been able to give a big group of players an opportunity,” Koch said. “Obviously players respond to their own personal situation in different ways, I think so far every individual is in a good place because they’ve seen being presented with the opportunity and for the most part, the guys have grabbed those chances.”

The Union aren’t exactly lighting the world on fire with its line of 1-1-2, however, it comes to town on an upward slide after picking up its first win of the season against Columbus Crew last week. FC Cincinnati meanwhile aims to earn win number three in a row, in front of its home crowd.

While MLS opening day at Nippert stadium received headlines around the world, Week 5 is only the club’s second home match this season.

“I think it is going to be nice for our group to be home a little more. Embrace that, but even when you play at home it’s not going to be easy.” Koch said. “You have to push each other every single day to get ready for an absolute battle.”