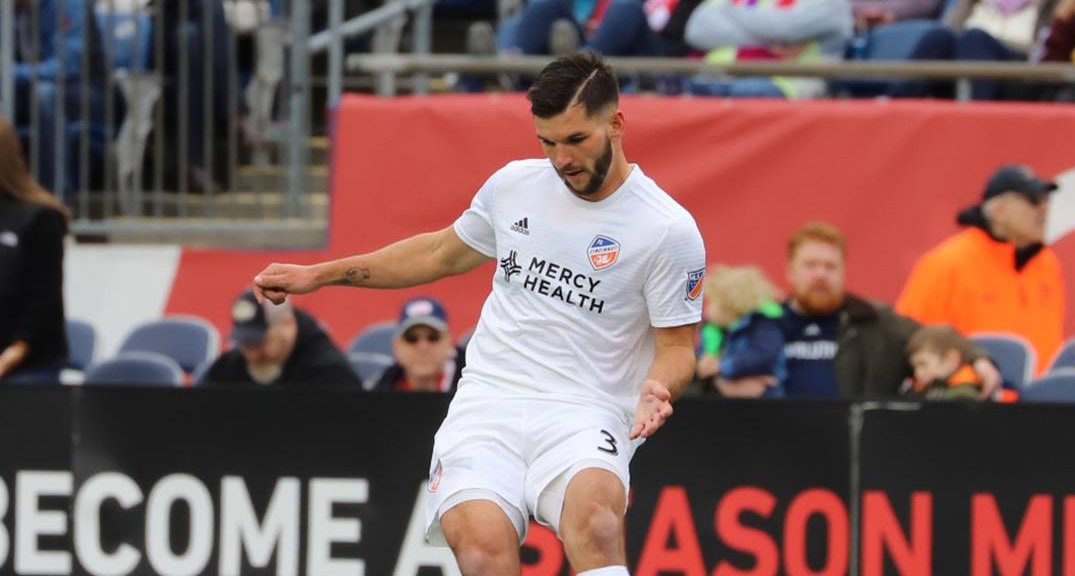 In a week that saw FC Cincinnati missing key players to international duty, Sunday’s match against New England Revolution was a stage to showcase the club’s depth, or expose the lack of it.

While Forrest Lasso is new to MLS, FC Cincinnati fans aren’t too surprised to see the USL carryover grabbing some of the spotlight after making his league debut in Sunday’s 2-0 victory in Foxborough, earning his first minutes of the season in a start.

Joining FC Cincinnati in its USL days has certainly paid off for the defender. Often times, USL players are overlooked in MLS roster construction and while many were surprised by the amount of talent carried over, Lasso’s standout performance in 2018 showed that he was ready to scale with the club.

The Wofford University product has a decorated resume, having All-Conference, All-American, and several USL team of the week appearances between his time with Charleston Battery and FC Cincinnati. 2018 saw him reach a new height though, as FCC began preparing for MLS life every player wanted to be a part of the jump and Lasso’s 2018 Defender of the Year status certified his diploma to graduate from America’s second division.

“I had some special moments in college and last year we had a handful of special moments, but again, no disrespect to the USL, but that was the USL.” Lasso said. “Now I’m at the highest level I’ve played in my personal career. We did our job. I can speak personally, I can speak for the back four, I can speak for the back 11. We got the three points, we got the W but we also got the clean sheet. That was my job and I did it. It definitely wasn’t perfect, but we got it done so I can be happy with that.”

“Forrest, not surprised. He’s shown big moments for us already in this club,” FC Cincinnati head coach Alan Koch told the Cincinnati Enquirer. “He did exactly what we know he’s capable of doing. He embraced that opportunity and (we’re) very, very happy for him.”

Being a part of a clean sheet in his debut certainly won’t hurt Lasso’s chances of staying around starting contention as the club comes back to full strength.

Kendall Waston and Alvas Powell could see limited minutes as they re-acclimate to club life in Week 5. With two consecutive clean sheets across mixed squads, head coach Alan Koch should feel comfortable working Lasso back in.

“It’s a cliché, but you can’t lose if you don’t concede, and I think it starts from the top with the striker and goes all the way back to Spencer [Richey], or whoever’s in net. If you defend as a unit, it’s kind of hard to break down,” Lasso said.

“It’s hard to beat 11 guys when there’s just one guy on the ball. We take a lot of pride in defending and keeping that zero. It’s what wins you games, gets you points and wins you leagues. But it takes all of us, all 25 of us. Whether you’re in the lineup or not, you’re there to help each other.”

Sunday was a hallmark moment for Lasso. Earning an MLS start so early in the season is a special moment, results aside. While he represents the first USL carryover appearance on in FCC’s back line, Lasso is one to keep an eye on as more minutes are looking likely to head his way.