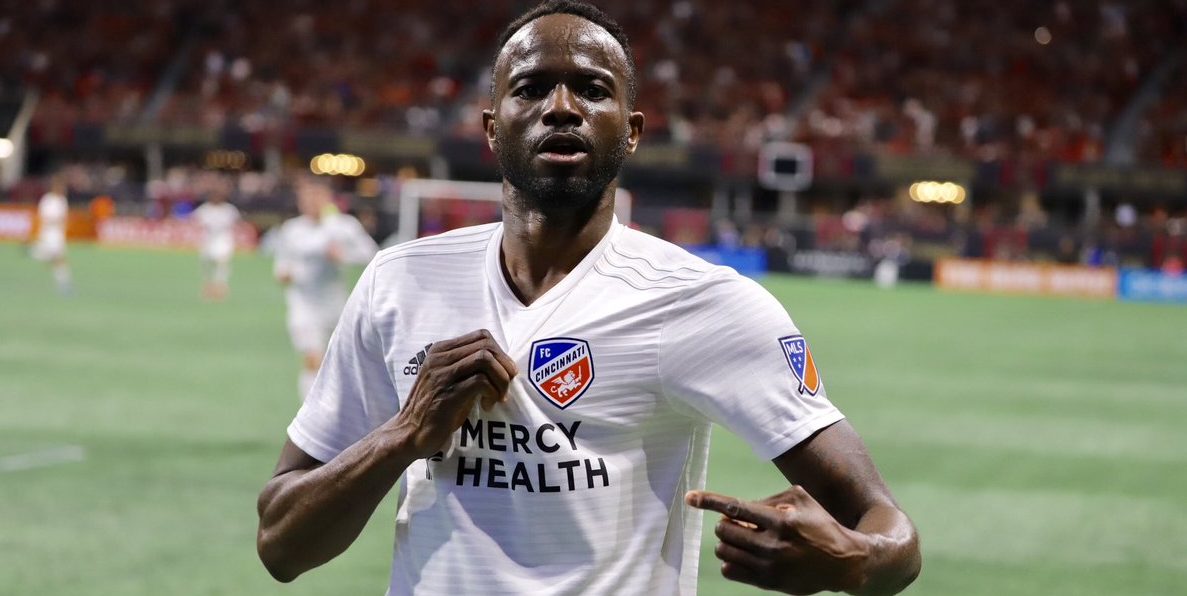 FC Cincinnati stole a late point against Atlanta United on Sunday at Mercedes-Benz Stadium on a day where Atlanta honored its 2018 MLS Cup championship campaign prior to the match.

Josef Martinez opened the scoring early for Atlanta with a 5′ minute goal, and it appeared FC Cincinnati was in for another thumping with the 4-1 loss to Seattle Sounders in Week 1 not far in the rear view.

In a match where Atlanta claimed 67% possession, FCC showed new ability to hang around and create chances, while seemingly growing into the match with each foiled attack.

“You know what’s funny? During the course of the game, I was thinking, ‘we are showing major growth.’ We might have showed major growth tonight without getting anything from the game.” Head coach Alan Koch said. “We believe in the group. Obviously, we know it is going to take time, but that growth was unfolding in front of our own eyes as the game went on.”

Fanendo Adi nearly broke the silence in the 55th minute after an arial pass from Mathieu Deplagne resulted in a header that got by Atlanta goalkeeper Brad Guzan, but was waived off as Adi was just offside.

As the battle continued, so did the feeling of victory for The Five Stripes on banner day, until Kenny Saief connected with Roland Lamah for a crushing goal at the 86th minute, stunning the 70,000 in attendance at Mercedes-Benz Stadium. FC Cincinnati managed to spoil the party as it hung on and closed out for a 1-1 draw, good for the first MLS point recorded in club history.

Securing FCC’s first ever point is sweet, even if the performance was sloppy at times.

“I don’t think it fazed us at all. Obviously, it is very difficult to go on the road and play in a place like this and concede that early. Some teams will collapse, but give the guys credit tonight.” Koch said. “They didn’t collapse at all. We just stayed calm, we managed the process of getting through the game, did what good teams do on the road and go grab a goal by the end of the game.”

While Sunday’s starting 11 was largely similar to Week 1, goalkeeper Spencer Richey, midfielder Allan Cruz, and forward Kekuta Manneh each had good showings in their first respective starts of the season, along with Kenny Saief and Greg Garza’s impressive debut appearances in substitution.

“I think we definitely needed some guys to change the game and that was the talk with all of the coaches before we came on. Give credit to the subs that came in. Darren [Mattocks], Kenny [Saief] and myself gave a bit of energy to the team.” Greg Garza said. “We kind of got into their half more than we did the entire game, so it was good to really step it up a bit. We just got a really valued point against a championship team.