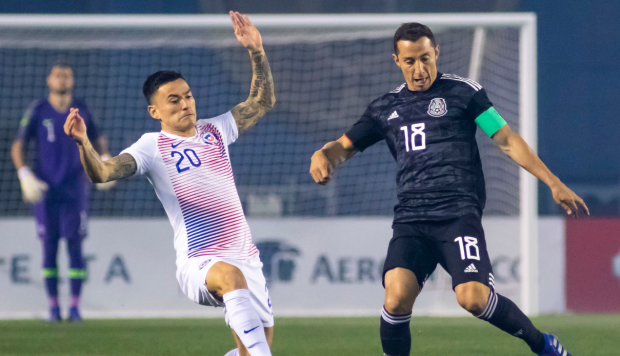 The former Atlanta United boss saw his side roll past Conmebol opponents Chile 3-1 at Qualcomm Stadium, using a trio of goals separated by 13 minutes.

Wolverhampton Wanderers in-form striker Raul Jimenez scored the first goal in the Martino-era, slotting home from the penalty spot in the 52nd minute. Jimenez waited for Chilean goalkeeper Gabriel Arias to dive to his left before slotting into the bottom-left corner.

El Tri would double their advantage in the 64th minute with Hector Moreno rising high to head Andres Guardado’s corner past Arias for a 2-0 lead.

Things would continue to roll for Mexico just a minute later as Hirving Lozano chipped Arias to add to the advantage in San Diego. The goal by the PSV man was the pick of the litter as El Tri would ice the performance.

This is a filthy chip by Chucky Lozano! (@UnivisionSports) pic.twitter.com/5gRe4DkM3T

Nicolas Castillo pulled a goal back for Chile later in the half but it would end up being a mere consolation in the final score.

Guillermo Ochoa finished with two saves in what proved to be a strong debut for El Tri under Martino.

Mexico closes out the international break on March 26th as they face Paraguay in Santa Clara.