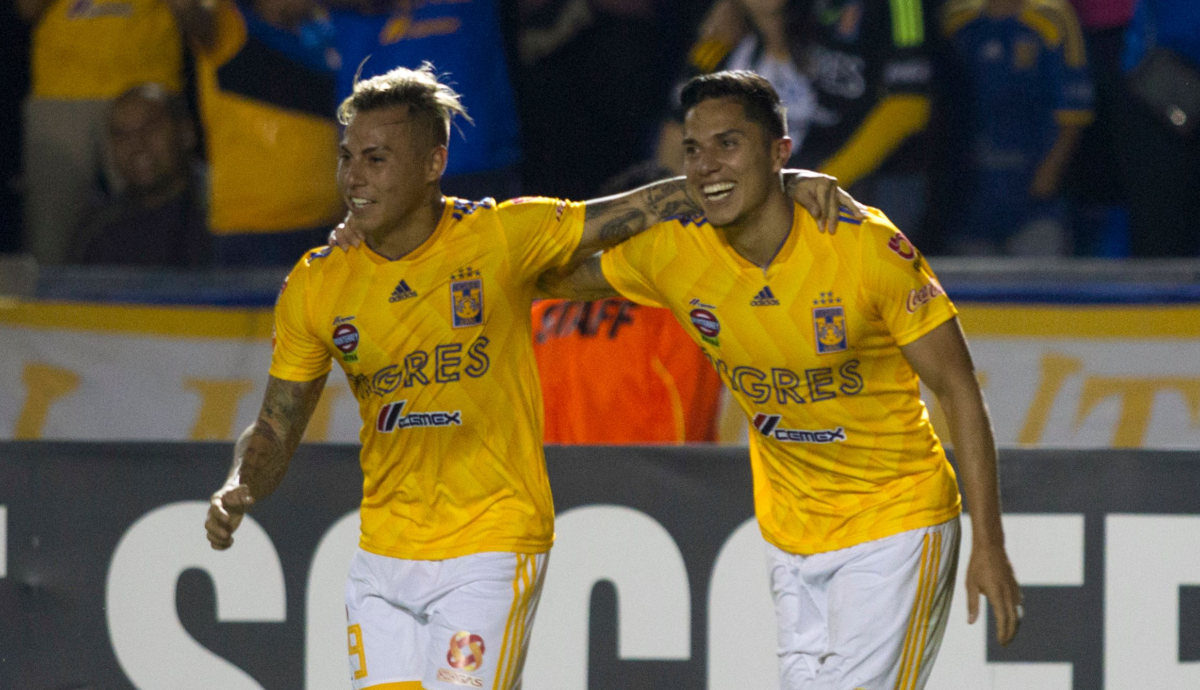 The New York Red Bulls and Houston Dynamo waved goodbye to the Concacaf Champions League on Tuesday night, as both of their tournament campaigns came to an end at the hands of Liga MX opposition.

The Red Bulls suffered the more painful loss in Mexico, falling, 4-2, in the second leg of their series vs. Santos Laguna despite jumping out to a 2-0 lead through the first nine minutes. The Dynamo, meanwhile, were handed a narrow 1-0 defeat by Tigres via a second-half Carlos Salcedo strike.

The results saw the Red Bulls lose 6-2 on aggregate while the Dynamo were beaten, 3-0. That leaves Atlanta United and Sporting Kansas City as the two remaining MLS teams in the competition, though both those sides trail in their respective series.

The Red Bulls endured quite the topsy-turvy performance. They came out of the gates flying and took a 2-0 lead after just nine minutes through goals from Omir Fernandez and Daniel Royer to erase their deficit on aggregate. The MLS side could not maintain its stranglehold on the match, however, and Santos wound up pouring on the pressure before scoring four times in a nine-minute spell of its own to win convincingly.

The final goal in the 81st minute was of the sensational variety, as Brian Lozano beat Luis Robles with a rocket that was kicked from inside Santos’ half.

The Dynamo fared better defensively in their match, but were outdone by a Salcedo strike from close range in the 68th minute after he pounced on a bouncing ball in the penalty area. Adding insult to injury for the MLS outfit was that defenders DaMarcus Beasley and Maynor Figueroa both had to leave the game before they were expected to. Figueroa suffered a knock in the second half while Beasley’s early substitution in the opening stanza was reported as being done for tactical reasons.

Up next are Atlanta United and Sporting KC. Atlanta United plays host to Monterrey on Wednesday, trailing 3-0 on aggregate. Sporting KC, meanwhile, will welcome Panamanian side Independiente on Thursday needing to turn around a 2-1 first-leg deficit.