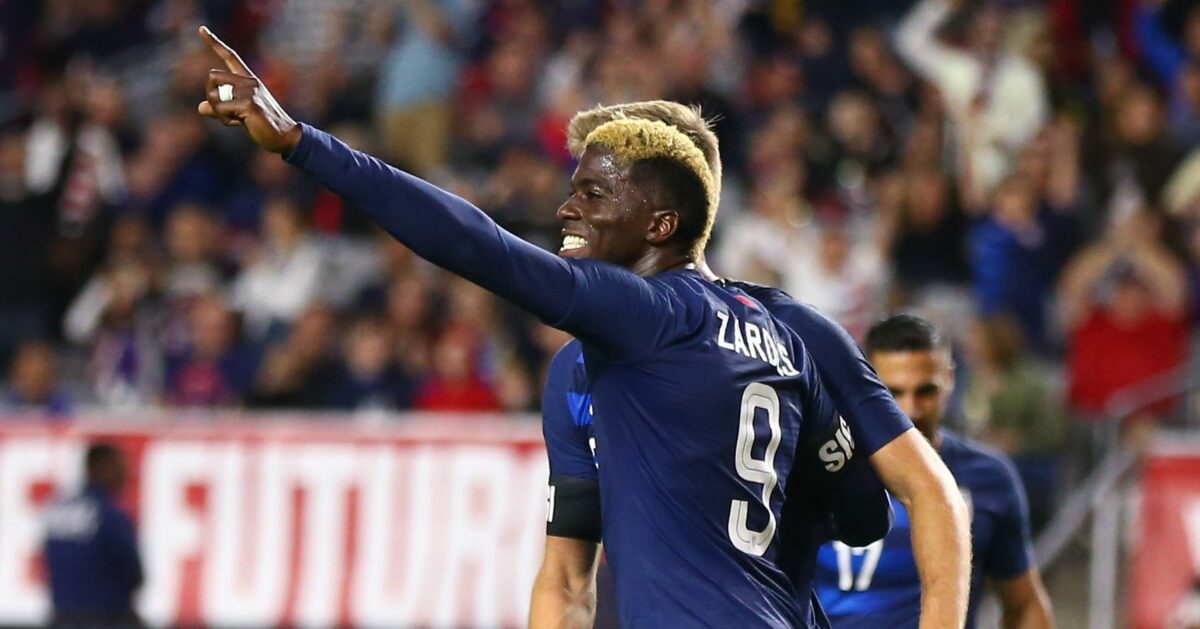 The U.S. Men’s National Team gutted out a 1-1 draw against Chile in Houston on Tuesday night, and a lot of the credit for that goes to forward Gyasi Zardes.

Zardes started his contribution early on by setting up Christian Pulisic’s goal in the fourth minute of the match. He was able to pick out a rushing Pulisic with a perfectly weighted through pass for the only USMNT goal of the night.

He was effective defending from the front as well. His determination and work effort made life difficult for Chile’s midfield and defense when they tried to play the ball out of the back on several occasions.

Zardes didn’t score a goal of his own, but he did have an eye for creating chances. In addition to the assist, the play that best represented his night was when he beat a pair of Chilean defenders for a loose ball at the top of the penalty area. He wasn’t able get a shot on target thanks to the defense recovering, but the move displayed the hustle and awareness that made him SBI’s Man of the Match,

Other strong performances came from Pulisic, who scored the goal in his brief cameo before coming off injured, Christian Roldan, who was an efficient passer and overall workhorse out on the wing, and Michael Bradley, who served as the midfield shield, thus allowing the central defense to have a strong game, while also doing well on the ball as the USMNT broke out of their own half.

Who do you think stood out for the USMNT in their draw against Chile? Share your thoughts in the comments below.