SBI View: Starting at Lockhart site not a good look for Inter Miami and MLS 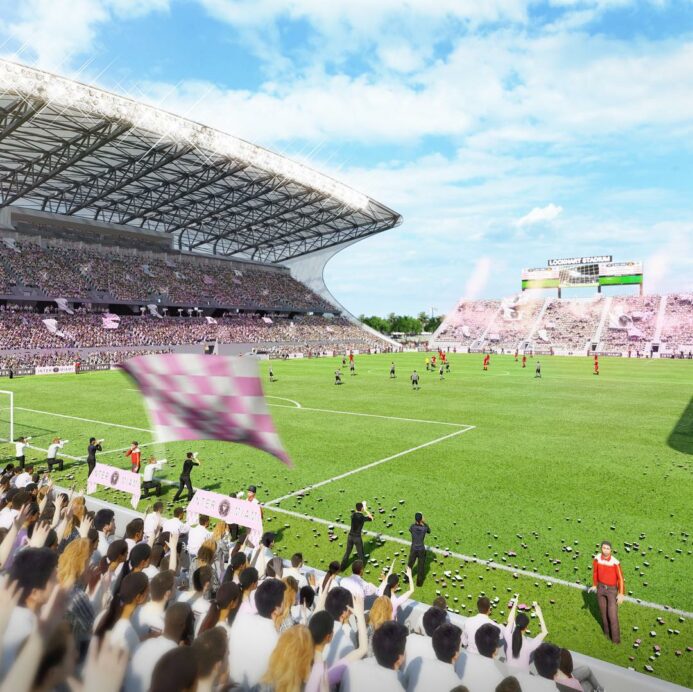 If things go according to Inter Miami’s desired plans, Tuesday will be a memorable day in the club’s history.

It would also be an eyesore for both the team and MLS after years of false promises.

Inter Miami should learn on Tuesday afternoon the fate of its hopes to receive approval to enter negotiations to build a stadium to call home, at least on a temporary basis. While getting the green light would certainly be a major positive for the expansion MLS club, given all the difficulty it has experienced in trying to secure a stadium deal since 2014, the location of where the proposed venue will be constructed is not ideal.

If you have not kept up with all the moving parts in this story — and, frankly, there have been quite a few twists and turns — Inter Miami made a late effort last week to try and secure the site where the unused Lockhart Stadium sits. The plan is to demolish that venue and build a new one to play in during the 2020 and 2021 MLS seasons. There is a competing bid from a group called FXE Futbol that wants to refurbish Lockhart for a USL team, but Inter Miami’s hope is that the City of Ft. Lauderdale will opt for the MLS proposal.

The landscapes of the market and MLS may be significantly different than they were in 2001 when the Fusion were gutted, but not to the point that Ft. Lauderdale has ever been seen as a place to host.

“Our strong belief is that, to be successful, it needs to be downtown,” MLS president Mark Abbott told the Miami Herald back in 2014 of Inter Miami’s stadium plans.

Let’s be clear: Ft. Lauderdale has a passionate soccer fan base. It may not be an MLS fan base, but plenty of people in the area play and watch the sport religiously. That certainly is a positive for Inter Miami, especially if it can tap into that crowd and that of northern neighbor Palm Beach County.

That said, a first impression is important and beginning play in Ft. Lauderdale for what has been said to be two years (but in reality may end up being much more given the uncertainty of Miami Freedom Park) is going to be a tough sell for Miami residents. At least on a consistent basis.

The harsh reality of the South Florida market is that people in Miami dislike driving north into either of the other two counties. It is why the majority of concerts and one-off sporting events happen in or closer to the heart of Miami and not in Ft. Lauderdale. It is also why the NBA’s Heat, NFL’s Dolphins, and MLB’s Marlins all play in Miami-Dade County.

By playing in Ft. Lauderdale, Inter Miami would make things even tougher on itself in trying to make an impact in a market that is loaded with competition for attention and dollars. The club could mitigate some of that with a nice stadium and Beckham’s star power drawing big names on the field and in the coaching staff, but the club would also have to play well, win often, and compete for a title right off the bat to keep both the media and people interested enough in consistently driving to Ft. Lauderdale, especially beyond 2020 when the initial shine starts wearing off.

Maybe Inter Miami can manage all that. Maybe Inter Miami has what it takes. After all, the Beckham brand is globally alluring and Miami itself is a hit destination that many players across the world would love to live and play in.

Still, starting and playing at the Lockhart Stadium site is bad for optics and bad for Inter Miami and MLS after years of stressing how this would be a true Miami club. Tuesday’s vote may go Inter Miami’s way, but the work to win over local soccer fans will only just be beginning.