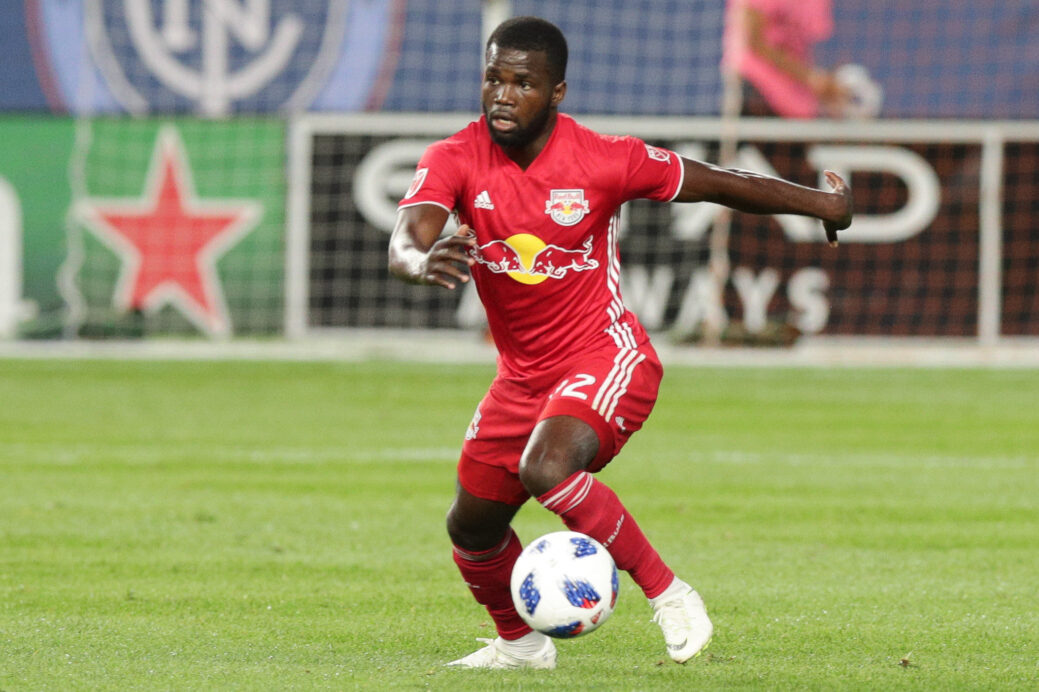 Kemar Lawrence has not played for the New York Red Bulls in more than a month, but his appearance in Jamaica’s match over the weekend raised plenty of eyebrows and also asked the question as to just what exactly is going on with him.

The start of 2019 has been a peculiar one as far as Lawrence is concerned. The talented left back has gone from recovering from the Grade 2 MCL injury he suffered late last fall, to returning to the field for the Red Bulls as a substitute in their first game of the year, to mysteriously being omitted from their ensuing match-day rosters despite being “all in on training,” as head coach Chris Armas recently put it.

Making things all the more curious was the fact that the 26-year-old fullback was not only called up to Jamaica’s National Team for this month’s international window, but he started and went the distance in this past Saturday’s 2-0 road loss vs. El Salvador in a Concacaf Nations League clash. There is also another match, a friendly against Costa Rica, on tap for Tuesday in which he could feature before returning to his club.

All of that has made for a strange scenario, but sources have told SBI that Lawrence initially had an injury setback that was not publicly disclosed following his 44-minute appearance in the club’s Concacaf Champions League showdown with Atletico Pantoja on Feb. 20. The Red Bulls wanted to be more cautious with him in the immediate aftermath and chose to not use him in the ensuing matches in an attempt to ensure he would not seriously injure the knee again.

While that development raises questions as to whether the Red Bulls initially brought him back to the fold too soon, there is no denying that club has taken a measured approach with him in recent weeks. Lawrence has not dressed in any of the six matches since making that appearance off the bench down in the Dominican Republic, and the Red Bulls even sent medical reports to Jamaica to show where he stood with his health.

Jamaica called in Lawrence and played him 90 minutes over the weekend all the same, something that did not sit well with the club. Jamaica, however, may have felt Lawrence was ready to go, especially after recent comments from Armas saying that Lawrence was practicing without issue.

“We’re trying to bring him along the right way, so we’ve taken calculated steps to get him ready — not just ready for the 45 minutes or 60 minutes — so he can step in and run with it. He’s back to his old self, putting fear in everyone in training. But yeah, he’s ready.”

Armas may have made it clear a week-and-a-half ago that Lawrence was not fully fit, but the manager’s choice to not reveal that his player suffered a setback only served to make his prolonged absence all the more mysterious.

It remains to be seen if Lawrence gets the nod again for Jamaica on Tuesday before returning to the Red Bulls, but that is something that is currently out of the MLS team’s hands. The Jamaican national team will make that decision, leaving the Red Bulls to have to wait for him to rejoin the group before reassessing just where his health stands and whether he is ready to step back on the field for them.