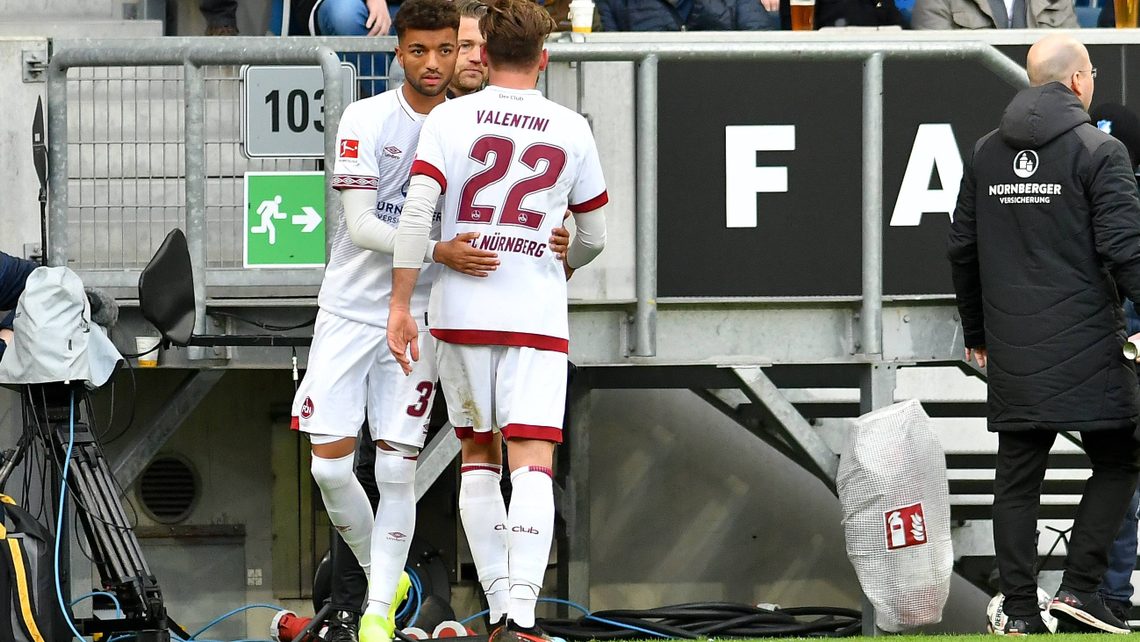 German-American Timothy Tillman finally got his first taste of Bundesliga action on Sunday.

The 20-year-old made his league debut on Sunday in Nuremberg’s 2-1 road defeat at Hoffenheim. Tillman came on the 58th minute and played the remainder of the match for the visitors.

He would complete nine of his ten passes, and win all four of his defensive duels. However, he couldn’t help Nuremberg snap a 16-match winless run in all competitions.

Tillman represented Germany up to the U-19 level but was reportedly set to switch his allegiance to the U.S. last year. U.S. U-20 Men’s National Team head coach Tab Ramos was in contact with Tillman who did not appear in a U.S. U-20 training camp last March.

Since then, he’s appeared for the German U-19 side while also fighting for first-team minutes at Nuremberg. Tillman joined Bayern Munich’s youth system from Greuther Furth in 2015, and would make 31 appearances and score six goals for Bayern II. He joined Nuremberg on-loan from Bayern.

It is still undecided on whether Tillman will make a one-time switch to the U.S. ahead of the FIFA U-20 World Cup.