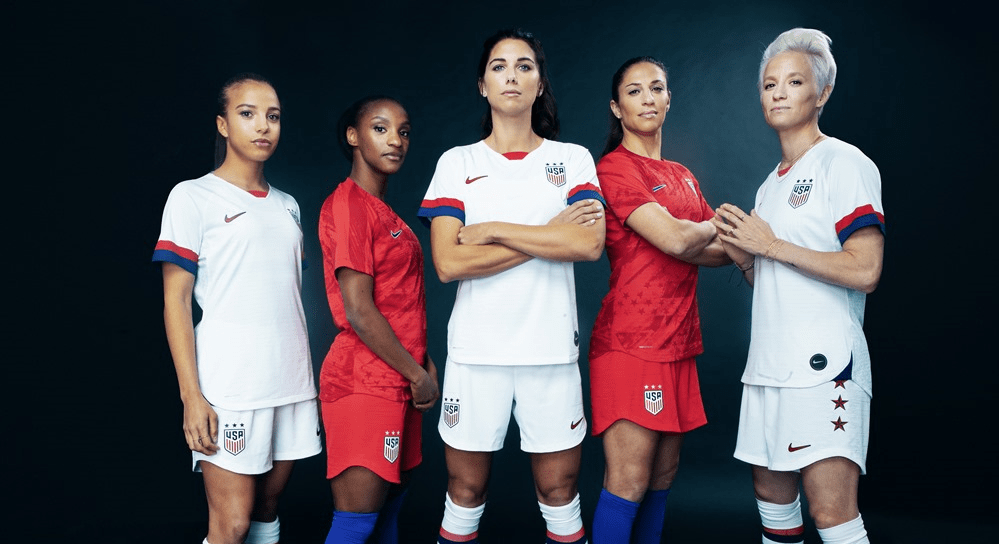 Jill Ellis’ team will be wearing new uniforms ahead of the 2019 FIFA Women’s World Cup later which kicks off this Summer in France. Their all-white home kit honors the 1999 squad who lifted the World Cup on home soil.

The uniform will also include three stars running down the shorts to honor the previous three World Cup winning sides in USWNT history. Like the Men’s team, the Women’s will also be wearing red away uniforms.

Inspired by the nation… for the nation.
Our 2019 World Cup kits are here. pic.twitter.com/YLizN7WI4R

The jersey will also include a design on the back that is formed by combining the names of the 50 states.

For the Men’s, they introduced red away jerseys as they begin preparation for this summer’s Gold Cup.

The jersey will continue to say “One Nation, One Team” near the neck area and should will feature a blue Nike logo on the chest.

Gregg Berhlater’s team kicks off their next set of friendlies on March 21st while the USWNT is in action this April.