USMNT holds off Chile for tie, remains unbeaten under Berhalter 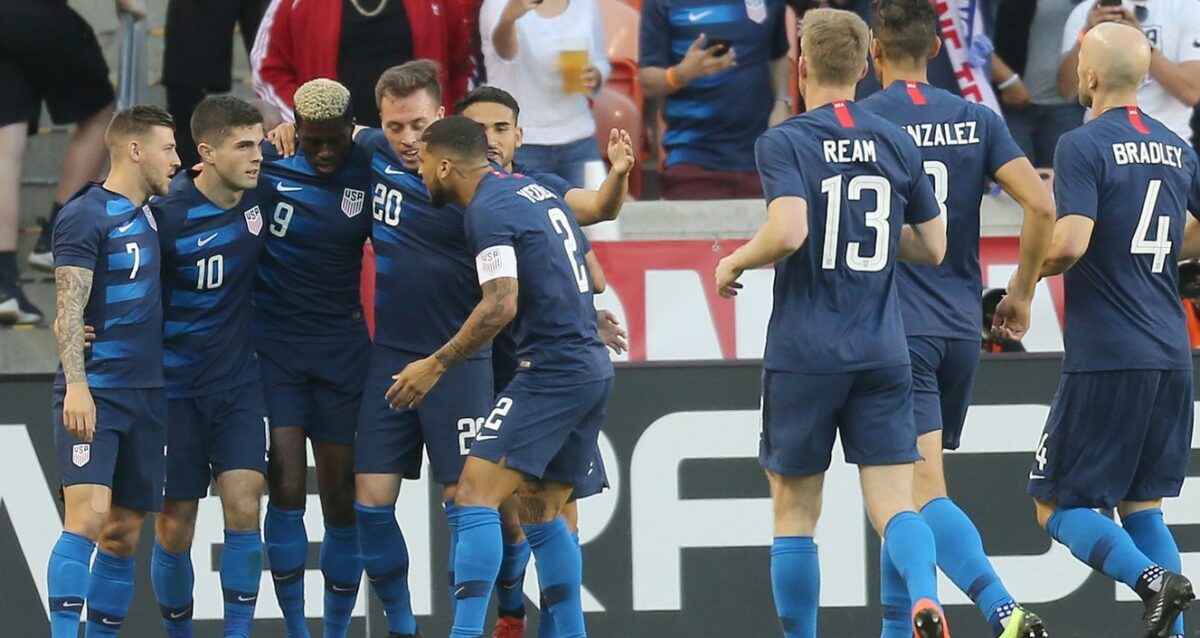 The U.S. Men’s National Team started strong in its friendly against Chile, but eventually had to withstand pressure from its CONMEBOL opponent to earn a positive result.

Ultimately, the teams settled for a 1-1 draw at BBVA Compass Stadium.

Christian Pulisic opened the scoring in the third minute, benefiting from great control and service from Gyasi Zardes.

Zardes was able to hold up a long pass from Ethan Horvath and played Pulisic in one-on-one toward goal.

The Borussia Dortmund midfielder chipped Gabriel Arias to give the hosts a 1-0 advantage. It was Pulisic’s 10th goal for the USMNT, making him the youngest player to reach that milestone.

Chile would answer in quick succession, taking advantage of sloppy defending by the USMNT. Oscar Opazo’s deflected effort off of Matt Miazga beat Horvath to the right side of the goal.

Pulisic’s night ended before halftime, as the 20-year-old was replaced by Sebastian Lletget due to a reported right quadriceps injury. The injury came four days after fellow midfielder Weston McKennie suffered an ankle ligament injury against Ecuador.

Zardes had the best opportunity in the second half to put the USMNT back in front. After good control inside of the box, Zardes had a look in the direction of goal but skied his effort into the stands.

Defensively, the USMNT bunkered down and was able to keep Chile off the scoreboard for a second time. Matt Miazga and Michael Bradley put in strong shifts outside of the opening goal while Cristian Roldan was also among the top performers on the evening.

The USMNT end March still unbeaten under Berhalter and will be in action next in June prior to the Concacaf Gold Cup.