A look at the matchups to watch in Sporting KC’s CCL semifinal vs. Monterrey 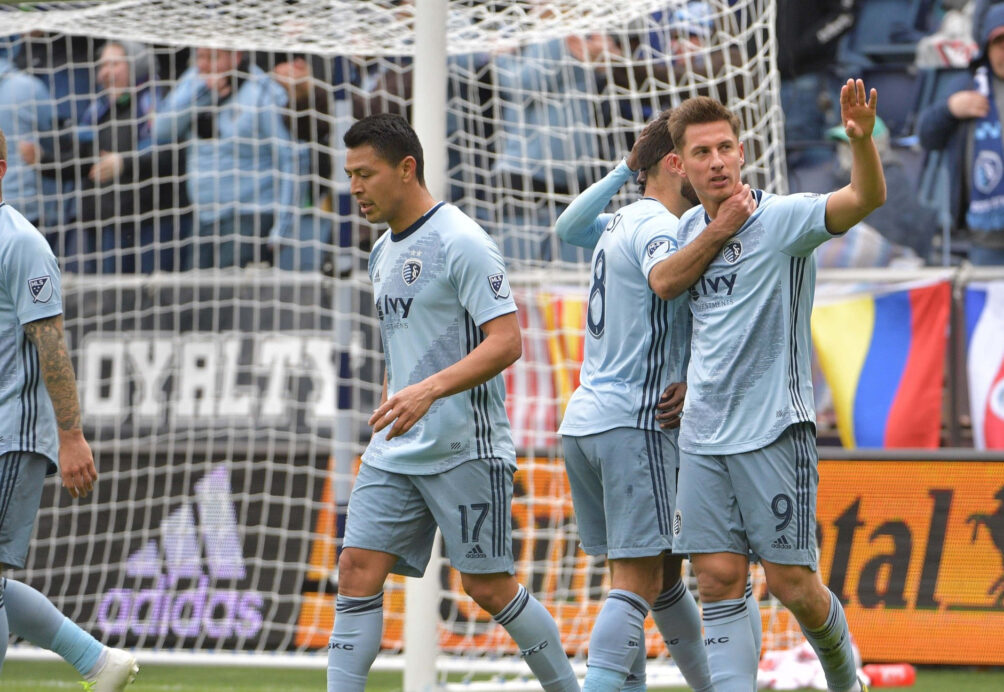 The last remaining hope for Major League Soccer in the 2019 Concacaf Champions League takes on one of the strongest sides in Liga MX in the semifinals.

Sporting Kansas City goes into the two-legged clash, which begins in Mexico on Thursday, as the decided underdog and plenty of things have to go right in order for Peter Vermes’ side to head back home for the second leg with a chance to advance to the final.

Below is a look at a few key matchups that could go a long way in deciding the fate of the MLS side in the continental competition.

For those of you who haven’t paid attention to Jonathan Gonzalez since he moved to Liga MX and declared he wanted to play for Mexico, he’s established himself as a quality player in the middle of a talented Monterrey midfield.

The 19-year-old central midfielder will be key to Monterrey’s success in the middle of the field, as he keeps control of the ball and sprays passes across the field to set up attacks.

Ilie Sanchez will attempt to do a similar thing for Sporting KC. The holding midfielder usually dictates the pace of the game on a domestic level, and in order for his side to have any chance of leaving Mexico with a positive result, he has to be an enforcing midfield general.

Ilie might not directly defend Gonzalez, but the two carry important roles in their respective sides, and whichever one of the two has a bigger impact over 90 minutes will leave the field with a victory.

Rogelio Funes Mori has been prolific in front of the goal in spurts for Monterrey in 2019.

The 28-year-old forward already has three multiple-goal games to his name this year, but he hasn’t scored yet in CCL play.

That could change on Thursday, as he looks to break open the space in the middle of Sporting KC’s defense, which will be occupied by Matt Besler and Andreu Fontas.

Of the players on the Sporting KC roster, Besler is one of them with the most experience playing in a treacherous road environment in Concacaf.

Besler’s experience will be key next to Andreu Fontas, as they try to limit the scoring opportunities created by Funes Mori and Co.

Besler and Fontas won’t be able to stop every advance made by Funes Mori and the Monterrey attackers, but if they can slow them down for stretches and rely on Tim Melia to make a few important saves, Sporting KC has a chance to leave Mexico on a positive note.

The good news for Sporting KC is the club entered Thursday coming off a seven-goal performance against the Montreal Impact.

If the visitors from MLS can bank on their confidence in front of the net, they could be able to steal an away goal or two.

Although Gerso Fernandes didn’t score on Saturday, he was in the middle of most of Sporting KC’s attacking buildups.

If Gerso can test Mexican international Miguel Layun on the left flank and create a few significant scoring chances, he could be able to set up Johnny Russell and Krisztian Nemeth for goals.

But Gerso needs to take full advantage of the moments he receives to pounce on space down the wing since Monterrey is expected to be disciplined across the back line.

If he’s able to create in the limited pockets he gets over 90 minutes, Sporting KC will stay in the fight for another 90 minutes or more.