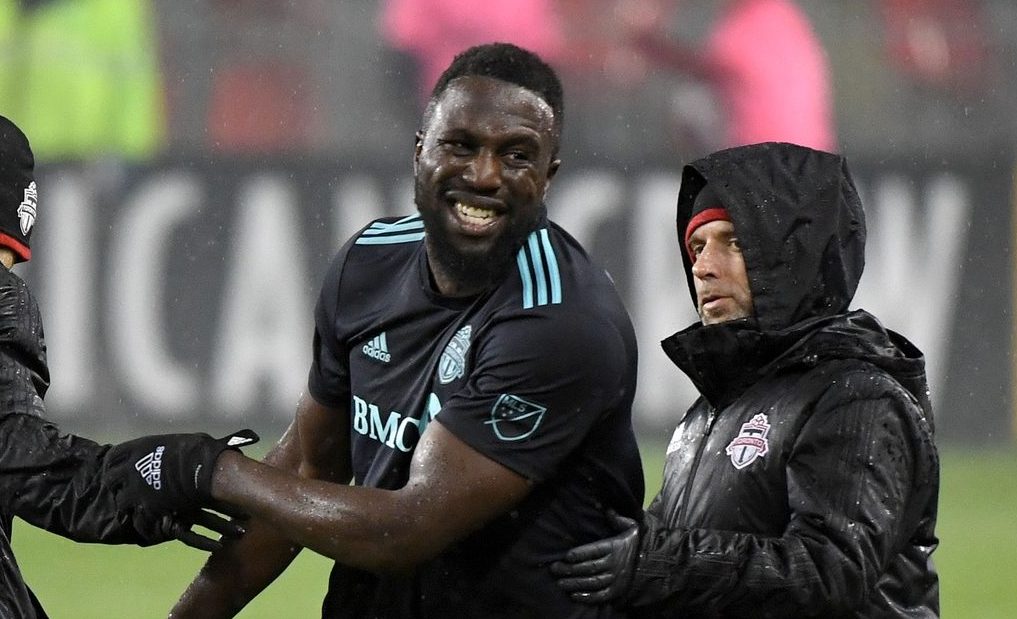 Injuries have been no stranger to Toronto FC forward Jozy Altidore.

The longtime U.S. Men’s National Team striker has missed his fair share of time over the years, including TFC’s preseason due to leg issues. Friday night saw Altidore leave TFC’s eventual 4-3 win over Minnesota United with hamstring tightness, and the 29-year-old sounded off post-match on club president Bill Manning regarding a staffing decision involving a former club trainer.

“We’ll see, hopefully better,” said Altidore when asked how he was feeling. “This could have been avoided, but you’ll have to ask Bill Manning [club president] why it’s not. It’s just disappointing, I’m just disappointed.

“We had a trainer [Giuseppe Gueli] here the last three years that has been helping me avoid muscle injuries, but because he was attached to Seba [Giovinco], he’s not allowed in the club, which I think is ridiculous,” Altidore said. “And so now, this is what I’m faced with.”

Gueli moved with Giovinco, who transferred to Saudi Arabian side Al-Hilal back in January. Altidore was seen dealing with his hamstring as early as five minutes into the inter-conference showdown at BMO Field, but was able to fight through the pain and set up Hamilton for the eventual winning goal. He was substituted off in the 82nd minute.

Altidore signed a contract extension through 2022 with the club back in February and has gone on to score five goals, and add two assists in five appearances this season. Although the staffing situation may not be fixed anytime soon for TFC, it didn’t stop Altidore from letting his frustrations out.

“Hopefully he can put his ego aside and I can get the guy that has kept me healthy, kept Michael [Bradley] healthy, kept a bunch of guys healthy and we can move forward,” continued Altidore. “To run a club, you’ve got to put your ego aside and put the players first… hopefully, that will change.”

“I was trying to get through it,” Altidore said. “I’ve been having trouble all week. You give everything on the field, everything for the city, for your teammates, and because of a little misunderstanding, players have got to pay the price. I think that’s ridiculous.”

Toronto FC (4-1-1, 13 points) remains at home next weekend as they host the Portland Timbers.