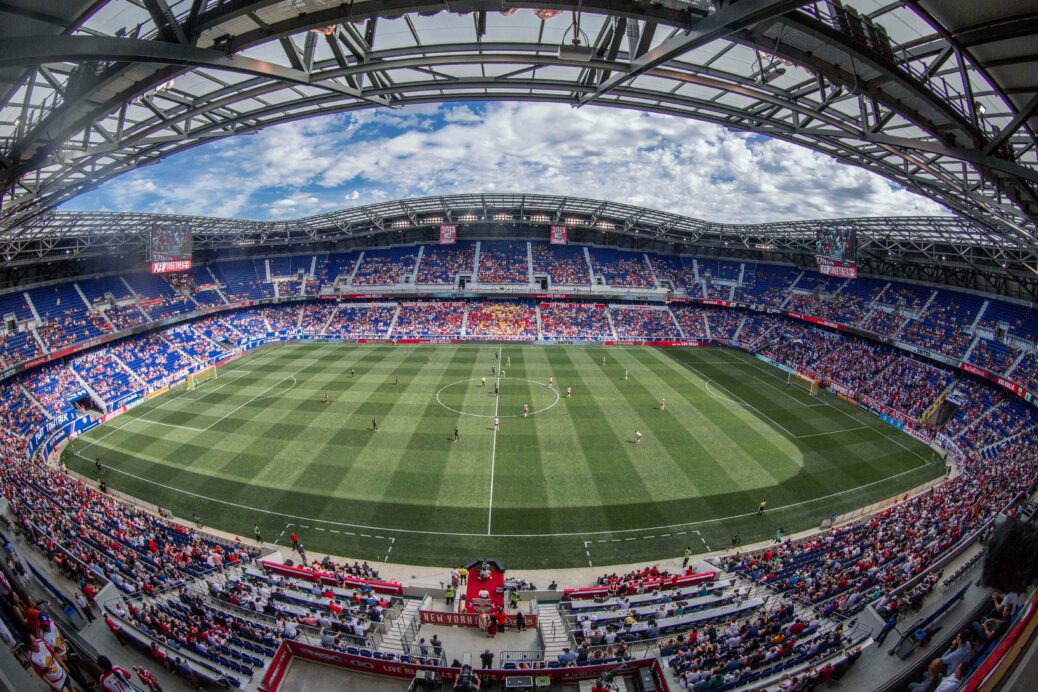 Five years later, things have not quite worked out that way.

The Red Bulls are currently in the fifth season of de Grandpre’s second stint as the man in charge of their business operations, and that mark is notable because it coincides with a deadline he had set for an ambitious goal. Shortly after returning to the club, de Grandpre came up with a five-year plan to have “consistent sellouts” at Red Bull Arena.

He felt at the time that the Red Bulls were “on track” to accomplish that, but fast forward to today and it is clear they have fallen well short of that goal. Not only has the club begun to tarp off sections at Red Bull Arena this season that regularly go unused, but average attendance also dropped from 21,175 in 2017 to 18,583 last year. It is the first time since de Grandpre’s return that the numbers have regressed, and also a clear indication that his previous target of consistent sellouts is a ways away.

“I think whenever you set goals for an organization, you’ve got to set them just out of reach so they can strive to get there,” de Grandpre told SBI last month. “We didn’t hit it. It is what it is. It’s a reality, but we are where we want to be now and where we think we should be and we recalibrate and move forward. That simple.”

Where exactly the Red Bulls are, at least as far as announced attendance goes, is in the middle of the pack in MLS. The club finished in 14th place in 2018, finishing behind the likes of crosstown rival New York City FC (23,211) but ahead of fellow MLS regulars like D.C. United (17,635) and FC Dallas (15,512).

In terms of the overall New York market, de Grandpre insists the Red Bulls have averaged more fans than the local NHL and NBA teams over the past five years. In fact, de Grandpre states that only the MLB’s Yankees and the NFL duo of the Giants and Jets outdraw the Red Bulls, something he is proud of.

“We’ve been in this game 25 years. The league is very young. It’s nascent in North America,” said de Grandpre. “To be averaging what we’re averaging now after 25 years is really positive, and we’re doing what we can to get the most fans to the building every game and ultimately I know that if we can keep performing on the field and doing what we do here with the marketing team, the numbers are going to keep going in the right direction.

“…I can’t stress enough that other leagues have been around for 100 years, 75 years. Twenty-five years, averaging the numbers we average across the league and here for attendance is nothing to be embarrassed about.”

As much as de Grandpre may believe the team’s numbers have been strong in recent years, the first two MLS games of the 2019 season were not well-attended. The matches pulled in announced crowds of 15,621 and 15,108, though the actual turnouts were noticeably lower than those figures, with large swaths of empty seats clearly visible across almost all sections at Red Bull Arena, save for two-thirds of the supporters’ section.

The Red Bulls are, of course, hardly the only team in MLS (or professional sports, for that matter) to count and go with tickets distributed — which includes those given to sponsors, business partners, employees, etc. — instead of people actually present. Still, seeing so many unused seats is a common occurrence and something the Red Bulls are working on, which is why they have started to tarp off sections in the upper bowl this season.

“If we were to build the stadium today … we’d have built the stadium with a flexible capacity system,” said de Grandpre. “Now as we refresh … we have to rethink the environment. Fans’ demands have evolved. We have to look at more open space concept areas where we can create communal areas where fans can congregate and watch the game together, which we don’t have many of in the building right now.

The plan de Grandpre has laid out and that the club is working on is going to take “multiple years”. The Red Bulls could have opted to make the changes during a shorter window, but chose not to because they did not want to start a season by being on the road for 3-6 months.

Improving the experience might now be the focus, but it is quite a change of pace from the lofty goal de Grandpre had stated back when he rejoined the team in 2014. There was reason to believe back then that consistent sellouts could become the norm, but things have not panned out that way and may even be starting to trend in the other direction.

“You can lead the horse to water but if they don’t come to the game they don’t come to the game,” said de Grandpre. “That is something that we’ve worked on with our fans services team and we’ve improved a lot. Our show rate was really good. We’re excited about where we’re going. I’m proud of our team and where we’ve been and what we’ve done compared to other leagues in the market place.”

“If you look over the last four years, we’ve averaged 20,000 and we’ve been building our base attendance and our season-ticket base every year,” de Grandpre added. “That I’m comfortable with. Obviously, do we always want to be further ahead? Absolutely, but we are where we are and it’s based on where we thought we would be.”