D.C. United in good position to bounce back from deflating loss 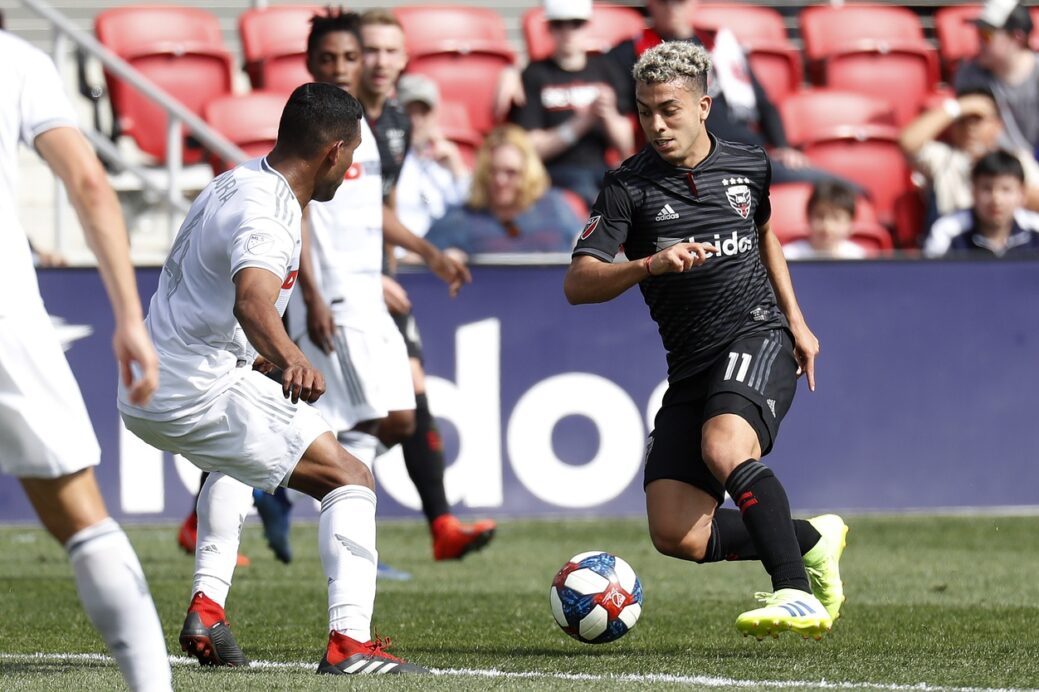 D.C. United receives the rare opportunity to bounce back from a deflating loss three days after it occurred.

The Black and Red take part in the rare Tuesday night Major League Soccer regular-season clash against Montreal, and the game will serve as an opportunity to revive form after falling to LAFC over the weekend.

Ben Olsen’s side will be without the suspended Wayne Rooney, but it should have plenty of quality to overwhelm the Impact, who are also without their best player as Ignacio Piatti recovers from a knee injury.

Without Rooney in the side, Luciano Acosta receives a chance to marvel in the spotlight after taking the back seat to the Englishman in recent weeks.

The 24-year-old Argentinian playmaker has a goal and two assists to his name in 2019, but he hasn’t directly contributed to a D.C. goal since the 5-0 thrashing of Real Salt Lake on March 16.

Acosta is expected to receive plenty of scoring chances in the final third because D.C. should control the game in midfield.

With Piatti out, the Impact are likely going to sit back and defend, with the counter attack being their top attacking strategy.

Remi Garde’s team is strong on the counter, but with a depleted midfield, Saphir Taider is going to have to start the majority of the transition opportunities on his own.

The combination of Paul Arriola, Lucas Rodriguez, Russell Canouse and Junior Moreno should go back to overwhelming opponents at Audi Field, just like it did against Atlanta United and Real Salt Lake.

In order to back down the defensive wall created by Taider and Samuel Piette, the Black and Red have to intertwine their attacking pieces by moving throughout the final third.

If D.C. is too stagnant in its attacking buildups, Taider and Piette will be able to enforce their will by breaking up the home side’s rhythm with their physical play on the ball.

Starting with Moreno and Canouse, D.C. should be able to strike cross-field passes to Rodriguez and Arriola on the flanks to stretch the Impact defense and make it hard for the visitors to contain certain areas of the field.

As long as D.C. is able to create free-flowing play and put the pressure on Evan Bush in the opening stages of the contest, it should be the dominant side and erase the memories of the 4-0 defeat to LAFC.

On the defensive front, D.C. should be able to return to the form that pushed it up to the top of the Eastern Conference in March.

The Impact attack is not only missing Piatti, but Maxi Urruti is serving a one-game suspension for the red card he received against New York City FC.

Without Piatti and Urruti, the Impact lack a dynamism in the final third that only Taider, who has three goals and an assist, can replicate.

With D.C. focused on limiting Taider’s impact, the home side should choke out any chances Anthony Jackson-Hamel and others try to set up.

By picking up three points at home on Tuesday, D.C. will set itself up with confidence and momentum going into a stretch of three road trips in four games in April against Colorado, Columbus and Minnesota.