FC Cincinnati holds their own against LAFC 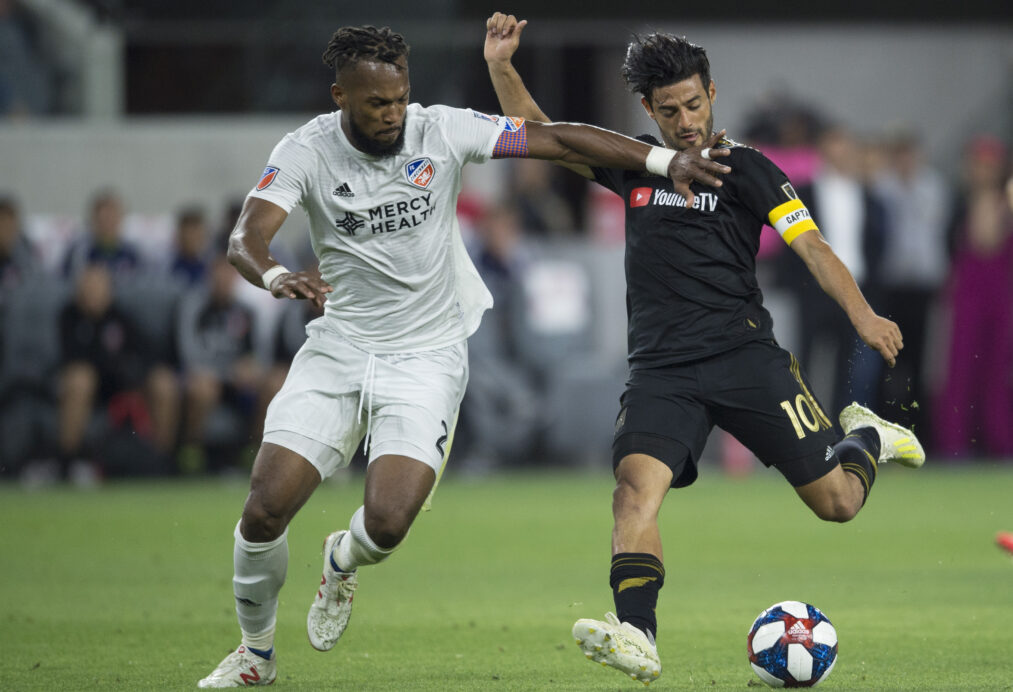 LAFC lived up to its reputation of being the hottest team in the league on Saturday night as it topped MLS newcomers, FC Cincinnati 2-0 at Banc of California Stadium.

While LAFC played a tidy match, it wasn’t the clobbering that many were calling for. Down a few key players, FC Cincinnati put in an earnest, respectable performance against the toast of the Western Conference.

“It’s been a tough week. We lost a few players. I’m proud with how our players responded. To come here and be right in the game right until the end and to manage a lot of what LAFC threw at us,” FC Cincinnati head coach Alan Koch said.

“I’m very, very proud of the group. We came here and created ample chances. We could’ve capitalized on one of those and obviously, it’d be a different story right now. I’m proud of how the group got through a lot this week.”

Making LAFC look human this season hasn’t been easy, but the expansion side was able to keep the game interesting for over an hour.

Mark-Anthony Kaye opened the scoring for LAFC in the 32nd minute on a corner, and didn’t unlock FC Cincinnati again until stoppage time as Carlos Vela sealed the victory in the 93rd minute.

“When you’re playing against a team like LAFC, of course, you’re going to get exposed at times and they did expose us at times. But, I think collectively, we did a good job of managing situations” Koch Said.

“Obviously, they out-possessed us, they obviously out-chanced us, but for the most part, most of those chances weren’t too dangerous. They were relatively easy in terms of Spencer [Richey] being able to clean up the majority of them. I think collectively, we managed to defend quite well, but obviously didn’t capitalize on chances during the game.”

The through-line for FC Cincinnati in all of its matches thus far has been getting out-possessed and out-shot, even in its victories.

However, the fashion in which it fell to the league leaders does show promise as the dukes were up for the entirety of the match.