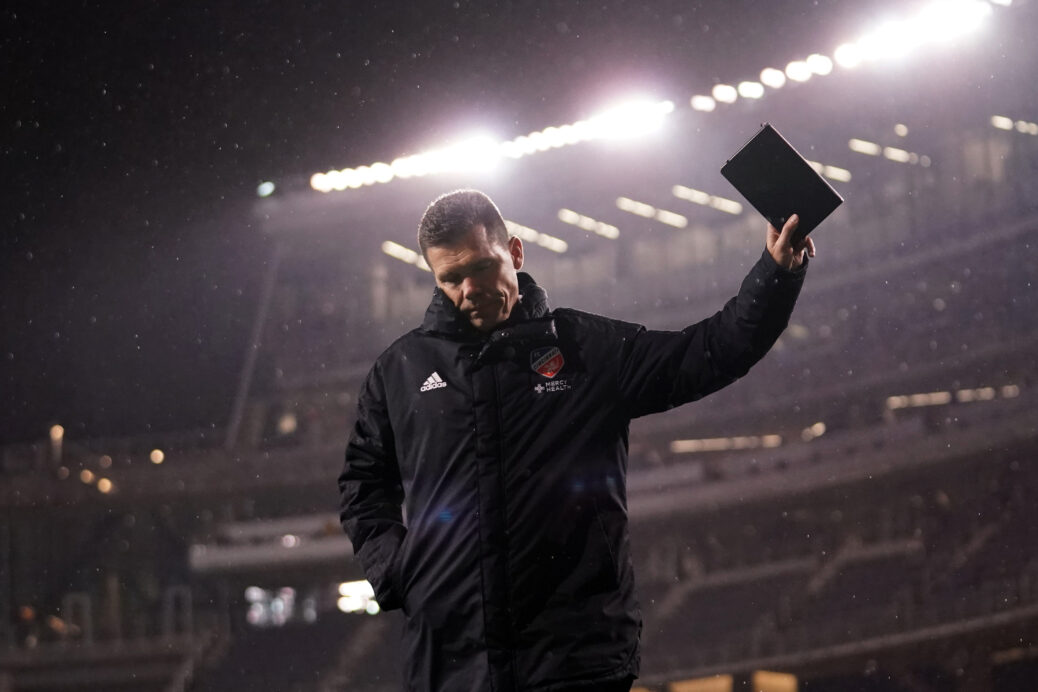 In an expansion season, FC Cincinnati knows that most of its opponents will fancy them as the underdog but the reality is, there are still winnable games for the league newcomers.

Friday night was an opportunity to take care of business at home against a wounded Real Salt Lake before heading out on three consecutive road matches, but a bit of misfortune compounded quickly.

“Incredibly frustrating, incredibly disappointing evening for our group. I thought there were large chunks particularly in the first half where we played very, very well,” FC Cincinnati head coach Alan Koch said.

“And then, moments of the game that we did not manage very well. Our concentration definitely hurt us during the course of the game. An incredibly disappointing night.”

While Real Salt Lake wasn’t offering much, it made the most of the first opportunity. Moments after dislocating his finger on an ugly collision, RSL’s Alber Rusnák cleaned up a deflection set up by Corey Baird, and took the lead in the 42nd minute.

Being down 1-0 is one thing, but RSL managed to “one-two” FCC as Sam Johnson was also able to knock one in on the rebound, and in a matter of seven minutes FC Cincinnati found itself chasing the game early on.

“Tonight sucks. This is not fun, but this is what we signed up for, we signed up coming to MLS with such a short window, that we were going to have moments like this,” Koch said.

“So when they do transpire, let’s not go jump off the ship, we are all going to stay on the ship together and our true fans will stay on the ship with us. People will go crazy, of course, it is professional sports and that’s what some people do, but let’s stay true to what we are trying to do. We are a new team, in a new league, we are a new franchise. We have pulled all these players together, we are still building.”

Rusnák would strike again from the spot in the 59th minute as FC Cincinnati’s Mathieu Deplagne took a hard swipe at Jefferson Savarino.

For Koch, Friday’s loss marks the first time he’s lost back-to-back matches since taking over manager duties in 2017. While he understands that the moment is hard, there’s more to consider in an expansion season.

“The first eight games have unfolded exactly how we thought they would,” Koch said.

“We are an expansion team. We are a new team, in a new league trying to step up with a bunch of players that we’re pulling from all different places, we’re being very, very reasonable with what we’ve spent so far and to get what we’ve got through the first games is actually an okay start, it’s not a great start by any means, but it’s an okay start.”

At the moment, FC Cincy are 2-4-2 and still in seventh place in the Eastern Conference which still has the newcomers in playoff contention. With the season being nearly a quarter of the way through and the difficulties the club has had with health and suspensions taken into consideration, the club is still on track to be within striking distance of a playoff position.

However, the Orange and Blue will go on the road to face New York Red Bulls, Philadelphia Union, and San Jose Earthquakes in the next three weeks.

The road matches plus the uncertainty of health in the attacking department could present the club with an exhausting road trip. Koch has repeated his belief in managing moments all season long. While FC Cincinnati showed the ability to sustain possession on Friday, Real Salt Lake managed moments, and took control of the game on the counter, in true FCC fashion and sometimes that’s all it takes.

With the challenging, prolonged road trip ahead, FC Cincinnati is right where it should be, and the MLS experiment will continue.