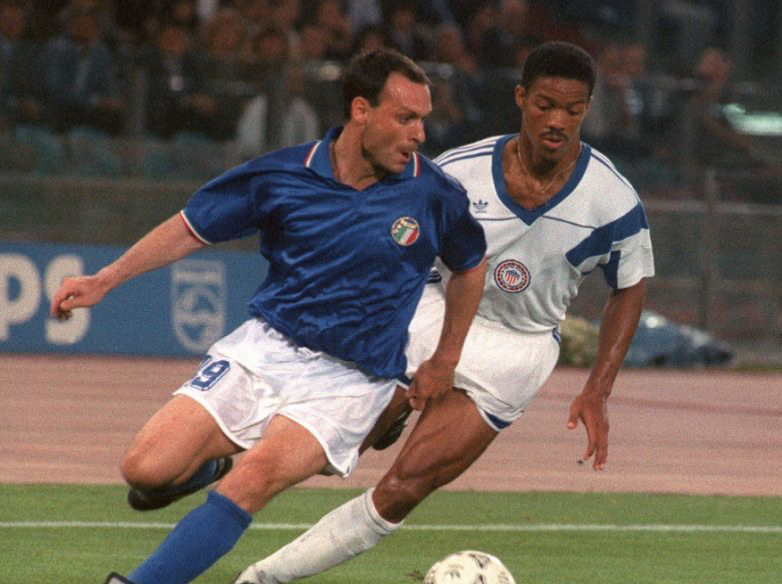 Jimmy Banks, a player on the U.S. Men’s National Team during the 1990 FIFA World Cup, passed away on Friday.

The 54-year-old passed away after a battle with pancreatic cancer. A winner of 36 caps with the USMNT, Banks would make two appearances at the 1990 World Cup in Italy.

Banks and teammate Desmond Armstrong became the first two African-American players to be named to the USMNT World Cup roster. He played in a 1-0 loss to Italy and a 2-1 loss to Austria in 1990.

“The entire U.S. Soccer family is deeply saddened by the passing of Jimmy Banks,” U.S. Soccer Federation President Carlos Cordeiro said. “At a time when few African American players were reaching the elite level of the sport, Jimmy’s rise to play for the U.S. Men’s National Team at the 1990 World Cup inspired a new generation to reach the same level.”

“His time as a player, coach and mentor will leave a lasting impact on the sport in this country, particularly his tireless efforts to grow the game through his inner city soccer programs. Our thoughts are with his family, friends, and teammates as we reflect on his pioneering legacy.”

A collegiate defender at the University of Wisconsin-Milwaukee, Banks spent his professional career with the Milwaukee Wave of the American Indoor Soccer Association. He totaled 136 appearances with the Wave from 1987-1993, scoring 31 goals.

He also managed the Men’s team at the Milwaukee School of Engineering from 1999-2019, while also being inducted into the University of Wisconsin-Milwaukee’s Hall of Fame.

Banks helped form several urban soccer programs in Milwaukee for youth, continuing to give back to the community until his passing.