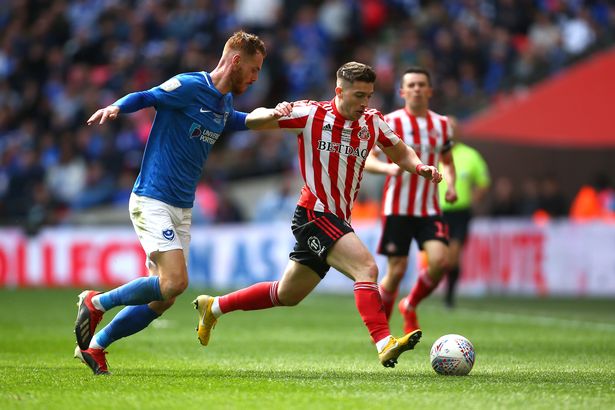 Lynden Gooch was unable to celebrate Sunderland’s 2-1 road win over Rochdale on Saturday as the midfielder left in the first-half.

Gooch suffered a hamstring injury in the first-half of the EFL League One clash which forced him to be substituted off in the 31st minute. His replacement George Honeyman, ended up scoring the winning goal in the 89th minute as Sunderland remained in the race for a top-two finish.

“It is his hamstring again, it has obviously been an ongoing issue for us all season,” Sunderland manager Jack Ross said postmatch. “In fairness to Lynden he has played a lot of games, it is always a wee niggle for him.”

Gooch has totaled 34 league appearances already this season for Sunderland who are aiming for a quick bounce back up to the second-tier of English Football. He started off strong this campaign but since has cooled off and has even been reduced to substitute appearances.

Sunderland have seven matches remaining over the next 28 days which could play a huge factor in whether or not they gain automatic promotion, or they have to fight in the league playoffs.

A home date with Burton Albion on Tuesday is next for Ross and his side, but for Gooch the significance of the injury could keep him out beyond that fixture.

“It’s too early to say right now,” Ross said. “Tuesday game comes around quickly, it may stretch us again.”

The 23-year-old has five goals and seven assists this season, and most recently played the full 90 in Sunderland’s 3-0 win at Accrington Stanley on Wednesday.