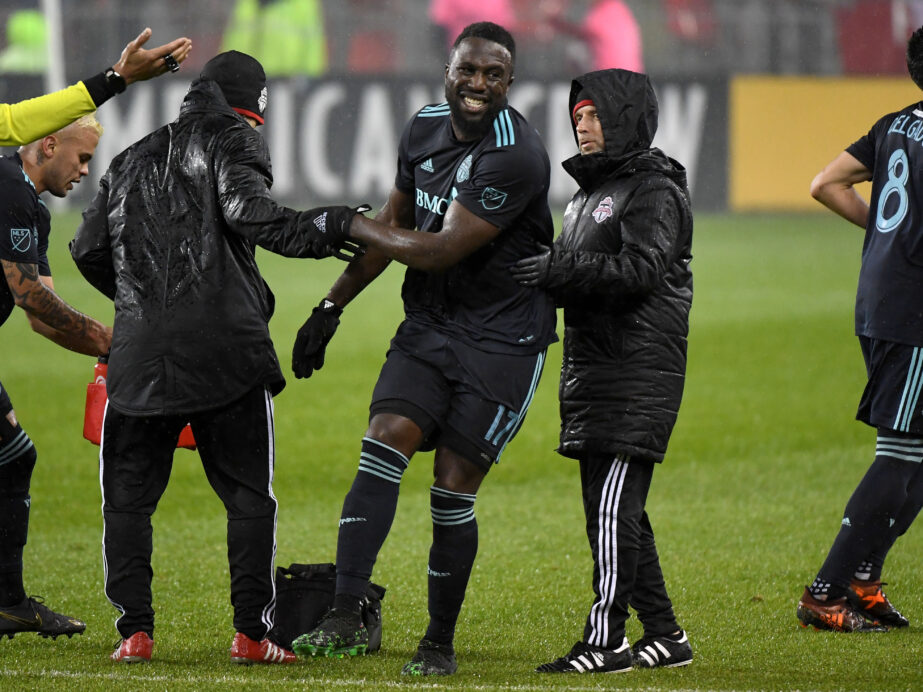 Toronto FC forward Jozy Altidore is expected to miss the next 2-3 weeks following an MRI on what Greg Vanney originally called hamstring tightness late in the Reds’ 4-3 win over Minnesota United on Friday night.

Altidore came off in the 82nd minute after notching an assist on Jordan Hamilton’s go-ahead goal and said that he was feeling the hamstring during the week and early in the match.

He wasn’t happy with Toronto’s current trainer situation and sounded off after the match.

“So now this is what I’m faced with — games of egos … hopefully (Manning) can put his ego aside and I can get the guy that’s kept me healthy, kept Michael (Bradley) healthy, kept a bunch of the guys healthy and we can make things move forward,” Altidore said.

“But to run a club you’ve got to be able to put your ego aside and put the players first.

Altidore’s comments were directed to the absence of long-time trainer Giuseppe Gueli, who kept guys like he and Michael Bradley avoid such injuries like hamstring tightness.

In a conference call on Monday, TFC President Bill Manning said that he sat down with Altidore to discuss his comments on Friday and that Altidore “didn’t have all of the information.”

Manning added that he had dinner with Gueli in Italy to discuss his new deal and that he is now with the club and emphasized that he is there for the whole team, not just Altidore and Bradley.