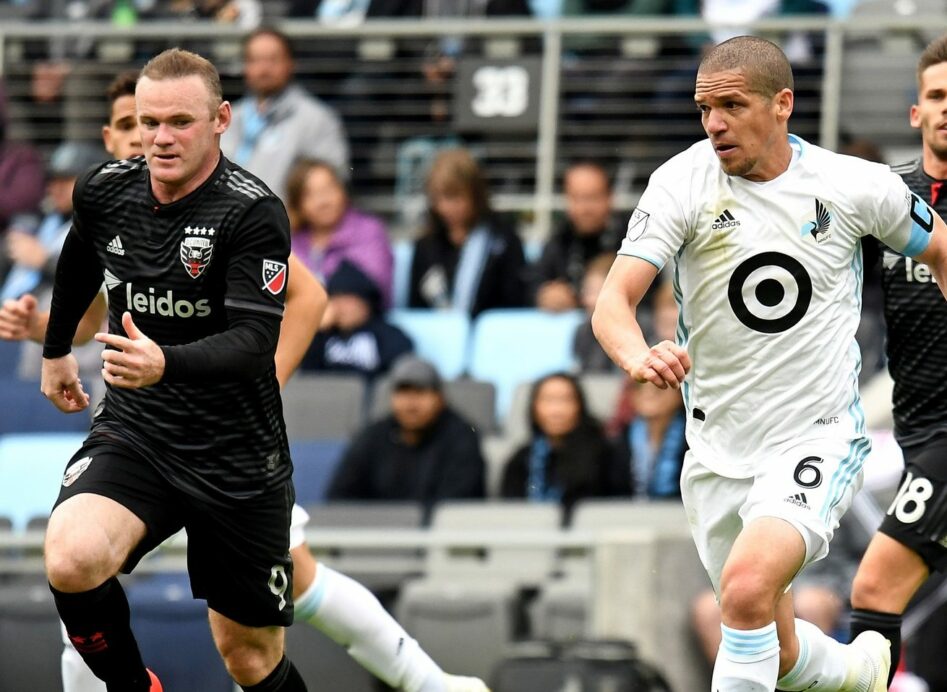 For the first time, Minnesota United was able to celebrate a win at Allianz Field. It wasn’t a dominant performance by any stretch, but it was three points against a D.C. United coming off a road win in Columbus.

The victory capped off a busy week for the Loons who took four points from  a possible six after tying the LA Galaxy on Wednesday. It was their fourth win overall in 2019 which puts them on 14 points from their opening nine matches, two points better off than this point in 2018. Adrian Heath’s side put in a strong second-half shift against D.C. and were rewarded with a late winner in front of their home supporters.

“I thought we deserved it with our second half performance. I thought we were outstanding in the second half,” Heath said. “You know, we spoke about it at halftime. Can we get further up the pitch? Can we start being a little more positive? Can we get people closer to people? Can we get them out of their comfort zone? And we did, and we got our rewards for it. I’m really proud of the players.”

“You know, three games in nine days is never easy,” Heath said. “I thought we should have took something out of Toronto. I thought we were the better team against LA. And today, certainly in the second half, I think we did enough to win the game.”

Although the teams combined for three shots on goal out of 22 in total, the Loons got the breakthrough as Angelo Rodriguez beat Bill Hamid from close-range. Rodriguez has become a nice supplement to Darwin Quintero, scoring three goals and adding one assist in the month of April.

The finish came from a perfect cross from wingback Romain Metanire, who continues to thrive with his new club. Metanire was perfect with three tackles, two headers, one clearance, and seven duels won, after making his ninth appearance of the season.

“He’s been outstanding, hasn’t he? And I think the back four defended the goal really well again today,” Heath said. “I thought the defensive partnership in the middle was very good. Romain [Metanire] gives us that, that little dimension going forward. If there’s a better right back in the league, I’m seeing him in a minute.”

Defensively, the Loons held D.C. to one shot on goal which continues their improvement on the backend over the last five days. Its a step in the right direction for a club aiming for a playoff appearance in their third MLS season. With the Seattle Sounders coming to Allianz Field on May 4th, the Loons will be hoping they can take points from another playoff contender.

“I think it was very important to win at home today for how we have been playing,” Rodriguez said. “I think we will continue improving, this team is special. I always say it’s step by step, today we beat DC, now we wait for our next opponent.”

“You can see, we didn’t allow a single goal in the last two games, I think we are improving and to work like that every game,” Ozzie Alonso said. “If we play like that every game we have a good chance to win and that the goal to keep the clean sheet in the back and try to score.”