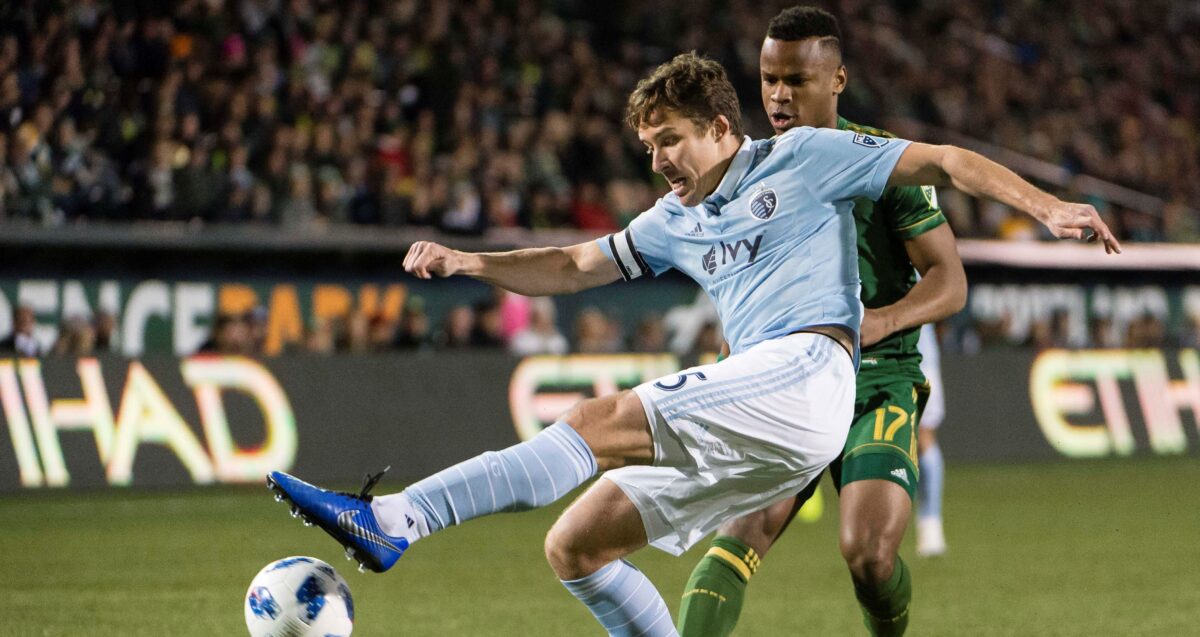 Shares0FacebookTweetEmail
Sporting KC has not picked up a win since March 30th and now have seen a trio of players added to their ever-growing list of injuries.

The club announced on Tuesday that captain Matt Besler will be out at least two-to-four weeks after picking up a hamstring strain against San Jose. Besler has made six appearances in league play and is a vital leader in the team’s backline. Centerbacks Botond Barath and Andreu Fontas will be the likely duo going forward.

Midfielder Roger Espinoza will be out at least two-to-three months with a PCL sprain in his left knee. Espinoza, 32, has registered one assist in four appearances this season.

Rodney Wallace is undergoing surgery for an injury to his right hip and will be out at least four-to-six months. Since joining the club this offseason, Wallace has only touched the field once in league play.

SKC returns home this weekend to face the New England Revolution on Saturday.

Reinforcements on the way for Minnesota United

Ahead of Wednesday’s Western Conference clash at Allianz Field, Minnesota United will see a pair of players available for selection against the LA Galaxy.

Loons head coach Adrian Heath confirmed on Tuesday that defender Ike Opara and midfielder Miguel Ibarra will be available against the Galaxy.

Opara suffered a facial injury in the Loons 3-3 draw against NYCFC on April 13th while Ibarra has been out since March 30th due to a hamstring issue.

The pair will hope to play a role against the Galaxy, who come to Minneapolis on the back of five consecutive wins. Midfielder Ozzie Alonso will also wear the captain’s armband with centerback Francisco Calvo suspended.

The match is slated for kickoff at 8 p.m. EST.

As Atlanta United tries to right the ship on whats been a disappointing start to the season, the defending MLS Cup Champions are blessed with two players returning to health.

According to the Atlanta-Journal Constitution, Eric Remedi and Geroge Bello returned to training on Tuesday.

Remedi hasn’t played since leaving with a concussion against the New England Revolution on April 13th. He’s made five appearances this season for the Five Stripes.

Bello, 17, has yet to make an MLS appearance so far this season. He suffered a groin injury back in February against Herediano in CCL action and has been absent aside from one appearance with Atlanta United 2 on March 9th.

The club is coming off a 2-1 home loss to FC Dallas and will host winless Colorado on Saturday.

Alvarez named to Mexico’s U-17 roster

LA Galaxy youngster Efrain Alvarez has been named to the Mexican U-17 Men’s National Team for May’s U-17 CONCACAF Championships at IMG Academy in Bradenton, Florida.

The youth El Tri side will be competing for one of four spots to qualify for the U-17 World Cup in Brazil later this year. Alvarez, 16, has played 61 minutes of MLS action in 2019, registering one assist.

Alvarez only has one appearance to date with Mexico’s U-17 side, scoring in a 1-0 friendly win over Argentina.

On Monday, the Seattle Sounders announced that they will be hosting Bundesliga giant, Borussia Dortmund at CenturyLink Field this summer.

The friendly, slated for July 17th, will be the Sounders second-ever meeting with a current Bundesliga side. They last hosted Eintracht Frankfurt in 2017.

“Bringing world class opponents to Seattle has been a tradition for Sounders FC going back to 2009, and we couldn’t be happier to once again host one of the biggest clubs in Europe,” Sounders Chief Operating Officer Bart Wiley said. “Before then, however, we will enjoy cheering them on as they fight for the Bundesliga title over the next few weeks.”

Dortmund are currently in second place in the Bundesliga, chasing Bayern Munich for the league title.