Rapids-Sounders match postponed due to weather 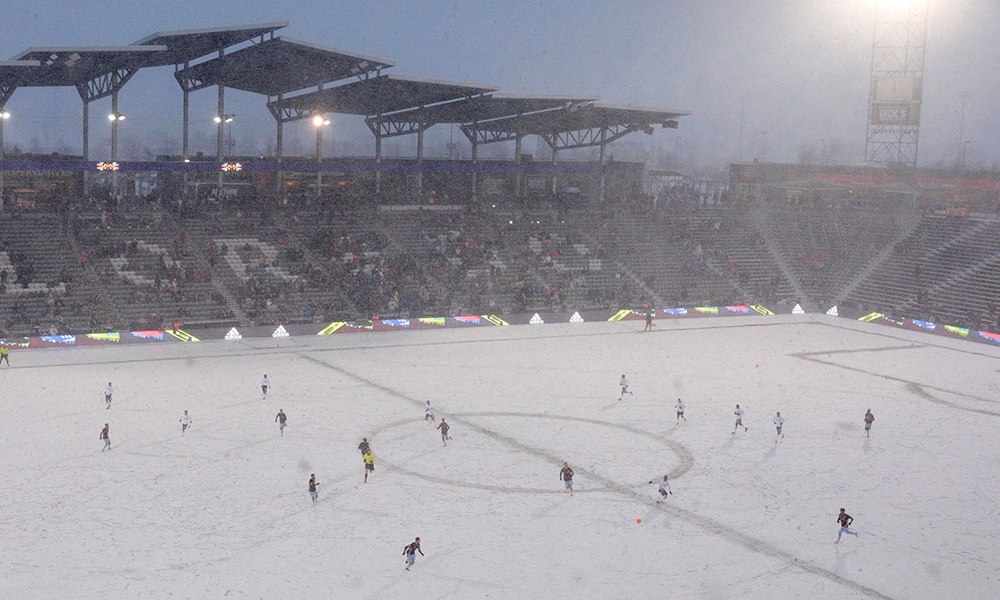 A pair of Western Conference clubs will not be in action after all on Wednesday night.

Major League Soccer announced that the Colorado Rapids’ home match against the Seattle Sounders has been postponed due to inclement weather.

After close to 80 degree temperatures on Tuesday, a blizzard moved towards Colorado which brought cold temperatures, high winds, and snow.

“The safety of our players, referees, staff, and fans is of the utmost importance, therefore the match has been postponed to September 7th at 7:00 PM MT when the match can be safely contested,” the league said in a release.

Colorado played in sloppy conditions once already this season, tying the Portland Timbers 3-3 on Matchday 1.

Seattle returns to CenturyLink Field on April 13th against Toronto FC while Colorado will host D.C. United on the same day.