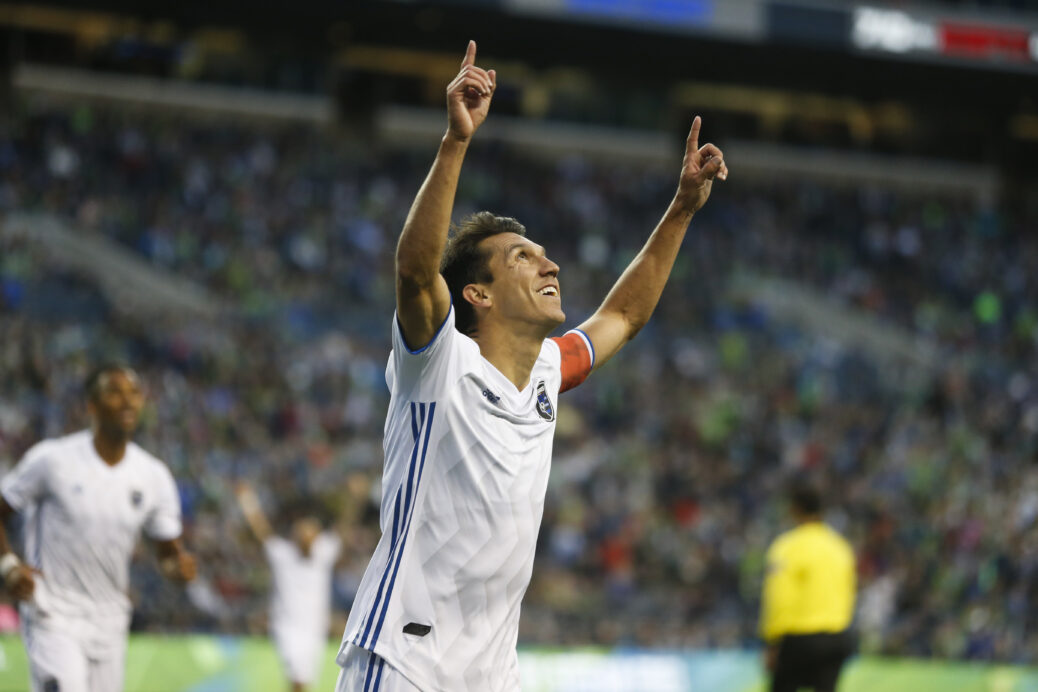 SEATTLE — You could call it wild or chaotic, as some players did after the match. It sometimes took a minute to figure out exactly what was going on. You certainly couldn’t call it boring.

The San Jose Earthquakes and Seattle Sounders played to an enthralling 2-2 draw on Wednesday night at CenturyLink Field. It might seem there wasn’t a clear winner on the night, not after the visitors blew a two-goal lead and the Sounders dropped points at home to an opponent generally not expected to make the playoffs.

But given where they were a few weeks ago — heck, given where they’ve been for several years — the Earthquakes will surely take the point. Because even if they leave Seattle with fewer points than they could have, the big takeaway from the night had to be that these are not the same-old, same-old San Jose Earthquakes.

After starting the season 0-4 under new coach Matias Almeyda, the Earthquakes (2-5-1, 7 points) are now 2-1-1 in their last four. They routed conference powerhouse Sporting Kansas City 4-1 over the weekend, then ventured into the cauldron that is CenturyLink Field — a building where the Sounders boasted a seven-match winning streak — and left with a draw that could easily have been a win.

Not bad for a team that was outscored 14-2 in those first four matches.

“That makes me very happy, the way every player acted,” Almeyda said through a translator after the match. “They’re really putting their souls in there, which is what I ask of them. This team is not giving up, [is] looking for victories. Surely playing this way we’ll have more of a chance of winning than things going badly.”

It is early days, but this is anything but the Route 1 football of the infamous Bash Brothers era, forever lumping the ball upfield in hopes of winning a 50/50 challenge. These Earthquakes confound with a relentless man-marking system. They are tremendously fit — running for days. They are determined, and they seem to reflect the boundless energy of their new manager.

Chris Wondolowski has been relegated almost to an afterthought in recent weeks, a late-game substitute allotted a mere 34 minutes through the last four games. But players that struggled under previous head coach Mikael Stahre — Magnus Eriksson comes to mind — look revitalized under Almeyda. An organization that for years looked increasingly left behind the curve by most any metric — coaching, spending, front-office planning — suddenly has a little verve and an unmistakable bounce to its step.

It took a little while for the visitors to put that newfound attitude on display against the Sounders.

Despite missing both star striker Raul Ruidiaz (bruised heel) and first-choice replacement Will Bruin (hamstring) to injury, the Sounders nonetheless started the match on the front foot. Nicolas Lodeiro and Handwalla Bwana — making his first start of the year thanks to injuries and squad rotations — both forced Earthquakes goalkeeper Daniel Vega to deliver early saves.

“First 17 minutes, we should have been up by a couple,” said Sounders head coach Brian Schmetzer after the match.

The man-marking system deployed by Almeyda made for an unorthodox and entertaining — if often discombobulated — match. Strange sights abounded. Schmetzer initially deployed Lodeiro as a false 9. Center back Kim Kee-hee began the match with license to roam into the opposing penalty box. Midfielder Cristian Roldan finished the game at times functioning as a third central defender.

“It was wild,” Harry Shipp said. “I’ve never really played anything like that. And I think that’s part of the reason why they’re decently successful, is the novelty of it I think. It takes thinking, it takes understanding how to drag guys out of position, it’s totally different than a normal game. It took us a little bit to adjust to it. Unfortunately we didn’t adjust in time to get all three points.”

Shea Salinas — thriving thus far under his new coach — opened the scoring on the counter attack in the 34th minute, then added what seemed to be an insurance goal in the 53rd minute. Both goals were fairly soft, but deserved: the Earthquakes’ midfield shredded the hosts over the middle third of the match, and both Cristian Espinoza and Jackson Yueill hit the posts in the minutes before Salinas scored his second goal.

“I think we played well,” said Salinas. “We had confidence. I mean, the first 10 minutes we struggled a bit, just getting used to how we were going to play against their system. We settled in. We played a great team effort, a great team game. Everyone was fighting so hard that second half. It was fun to be a part of, and fun to watch.”

The Sounders (5-1-2, 17 points) have now conceded eight goals in their last three matches, after allowing just three in their first five.

“I’m going to try and find that out and fix it,” Schmetzer said of the cause for his team’s recent defensive lapses.

The Sounders briefly looked doomed, only to score a pair of goals in the 65th and 67th minutes, one by Kelvin Leerdam, the other by Shipp, and both assisted by Lodeiro.

Both teams had chances to win the match over the course of a hectic final half hour.

“It was back and forth,” said Shipp. “It was probably as chaotic a 30 minutes as I’ve ever been part of MLS. It felt like a track meet out there. That’s partly [because of] the way they play, and how they want it.”

Bwana had perhaps the clearest opportunity, sending an open header at the doorstep directly at Vegas.

“We still could have scored a third,” said Roldan, summing up the night as well as anyone. “But at the same time we may have gotten lucky to get a point.”