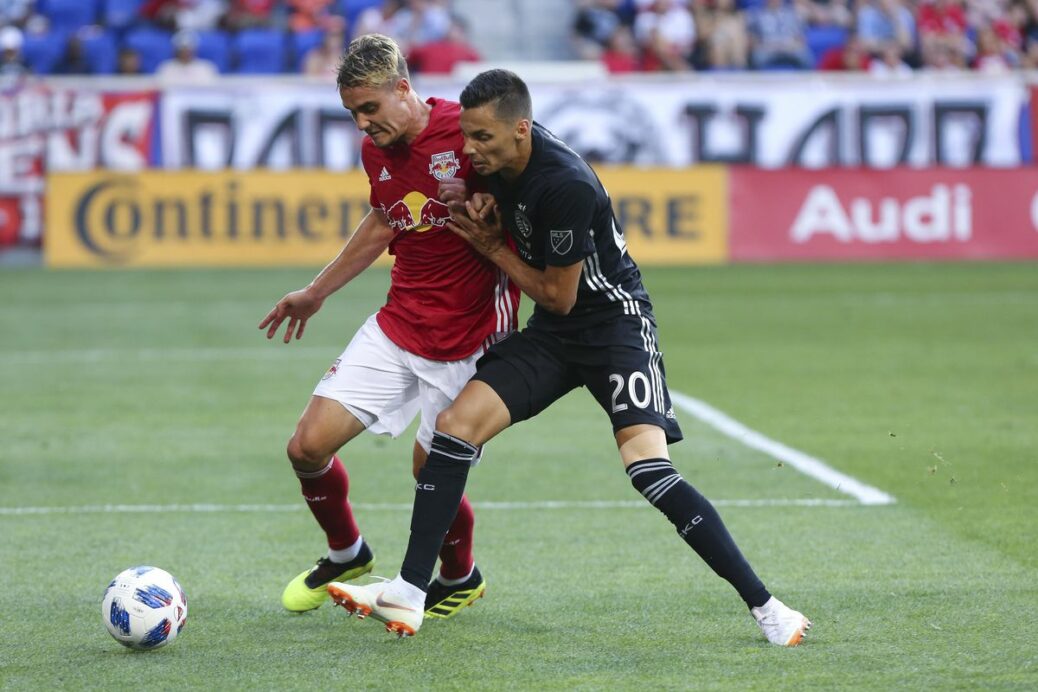 Sporting Kansas City may not have rebounded with three points from its Concacaf Champions League exit, but SKC did fight back for a deserved tie.

Johnny Russell’s composed finish gave Peter Vermes’ side a first-half lead with the Scotsman registering his fourth goal of the season.

Russell played a 1-2 with Krisztian Nemeth and slotted a left-footed shot into the bottom-left corner.

It would the best chance for either side until the visitors leveled the score.

Daniel Royer rounded Tim Melia on a breakaway in the 52nd minute to make it 1-1. Cristhian Casseres’ chipped ball over the SKC backline allowed the Austrian the opportunity to score his easiest goal of the season.

Three minutes after coming onto the pitch, Brian White looked to have iced a victory for Chris Armas’ side. A deadly cross in by Kaku allowed the striker to head into the right side of the goal.

SKC’s late pressure paid off with 16-year-old Gianluca Busio benefitting from good positioning. Graham Zusi’s deflected effort following a corner kick allowed Busio to redirect the shot into an empty goal. It was the third straight match that Busio found the back of the net.

Daniel Salloi rattled the crossbar in stoppage time, which helped save the Red Bulls a point.

Frustration boiled over however for Kaku as the playmaker was sent off late. The midfielder kicked a ball into the stands, striking a fan, which led to the two teams scuffling before Kaku was issued a red card.

Busio came up with the goods to help his team earn a point at home.

Salloi almost earned all three points for SKC as he rattled the crossbar in stoppage time.

Bradley Wright-Phillips was a non-factor for the Red Bulls, eventually being replaced by goalscorer White.