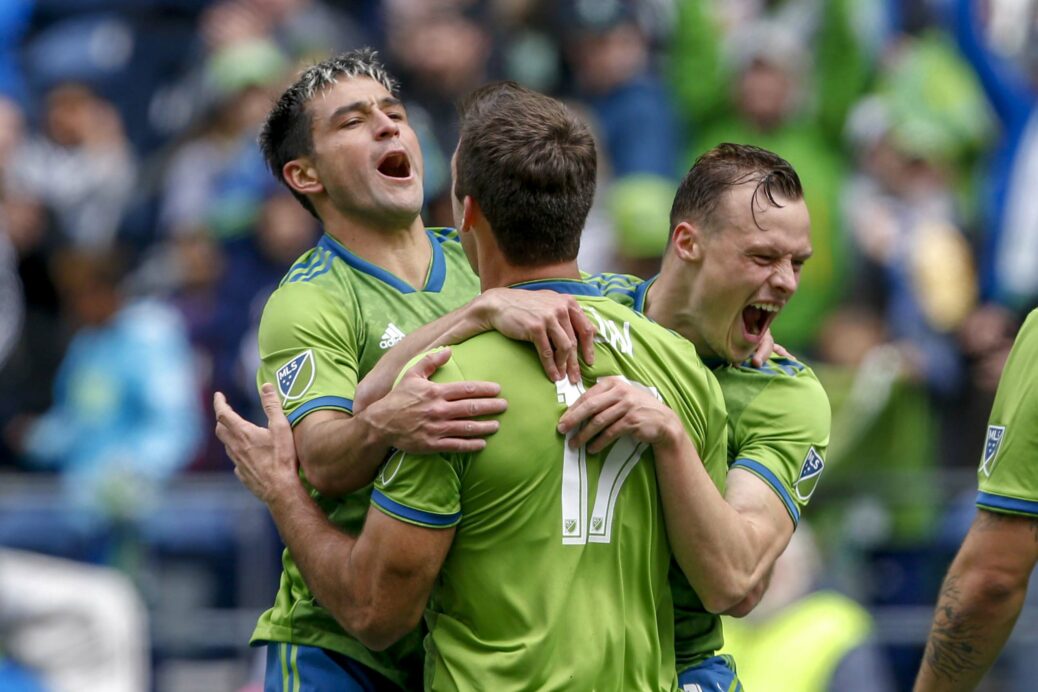 SEATTLE — The Seattle Sounders entered the weekend as one of just four remaining undefeated teams in MLS, posting a 4-0-1 record over the season’s opening weeks. A club that started last year 1-2-4 seemed to have put the nightmare starts of the last three campaigns behind it. There was only one problem: the Sounders hadn’t really played anyone.

For an organization perennially expected to contend for MLS Cup, a victory over expansion side FC Cincinnati (playing on the road in its first MLS match) doesn’t do the telling. Nor do wins over a struggling and shorthanded Real Salt Lake side, or the eternally rebuilding Chicago Fire and Colorado Rapids. A quality win over a fellow league powerhouse remained one of the few unchecked boxes for a team off to the fastest start in club history.

On Saturday afternoon, the Sounders faced Eastern Conference rivals Toronto FC, likewise undefeated (3-0-1, 10 points) and thoroughly back in the swing of things after missing the playoffs in 2018. Newcomer Alejandro Pozuelo has looked every bit the satisfactory replacement for the departed Sebastian Giovinco, roaming the heart of the park and providing two goals and two assists (and playing a part in seemingly countless chances) over just two matches.

He ended up bagging two more assists on Saturday, but they weren’t enough to derail the streaking Sounders.

Even missing star striker Raul Ruidiaz to a bruised heel for the second straight match, the hosts were more than up to the challenge, rallying from an early 1-0 deficit to a 3-2 victory behind a brace from replacement forward Will Bruin. The Sounders got the better of a wild stretch that saw the teams combine for three goals between the 66th and 70th minutes. Pozuelo did assist U.S. international Jozy Altidore on both TFC goals, but a beautiful 70th-minute strike from Sounders midfielder Cristian Roldan ended up being the difference.

Making just his second start of the season, Bruin scored his first and second goals of the campaign, and the 69th and 70th goals of his nine-year MLS career.

After making 60 appearances and 32 starts over his first two seasons with the Sounders, Bruin has been buried on the bench behind Ruidiaz this year.

“For me, this game is good,” said Bruin. “For me, it’s always [about] getting the first goal of the season out of the way, and I was able to double it up tonight. I think that’s the hardest part, just staying mentally ready. When you have as good of a team as we do, it’s gonna be like that sometimes.”

With the win, the Sounders are 5-0-1 on the season and tied with Los Angeles FC for the best record in MLS. They have now posted a remarkable 20-2-3 regular-season record since July 4 of last season.

Asked if the hot start was merely an extension of last season’s form, Schmetzer compared the Sounders — who were eliminated by the Portland Timbers in last season’s Western Conference semifinals  — with the Toronto FC teams the Sounders faced in consecutive MLS Cups.

“You know,” he said, “the narrative with Toronto after [losing MLS Cup in] 2016 was they had something to prove [in 2017]. I think being that good last year…had we gotten past Portland, I thought we had as good a chance as anybody to get to the final again. That little bit of motivation might have had some carryover.”

Roldan, for one, wasn’t ready to call Saturday’s victory a statement win, not with a three-game week coming up that features a midweek match against the San Jose Earthquakes sandwiched between a pair of weekend matches against LAFC, which just so happens to have won its last three matches by a combined score of 11-1.

“I do believe the next week will define us,” Roldan said.

“Three difficult, difficult games,” he added, “and hopefully we can rotate the squad and be healthy and compete in all three games. But for me, if you want to have a statement its going to be that three game week.”